How much work goes into organizing an F1 race weekend? 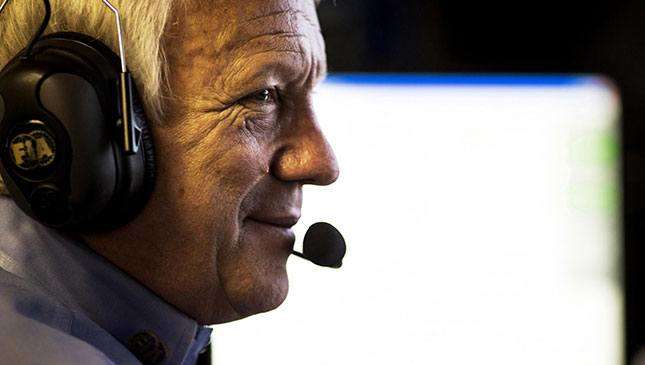 How does a race weekend start for you?

Charlie Whiting: I get to the track around 7:30am. We have personnel curfews now where the teams have to be out of the paddock for eight hours. I would have loved that back when I was a mechanic. Brabham won the world championship in 1983 with 35 staff in the entire organization. Now the FIA brings 20 tons of equipment to every race, and there are 45 people in attendance, reporting to me.

Amazing how it’s grown. An advance party sets up the networks to connect the teams on the pitwall, to send messages to the cars—we can change the readouts on the dash now—race control monitors, video recording systems, incident review…

We do track inspections on Thursday, on foot, and it’s often the little things that can catch you out. Sharp bits on curbs, for example, or holes in debris fencing that have been cut for cameras or by photographers. Sometimes a track might have a different configuration for a different race, and this year we’ve been doing a lot of work upgrading the tire barriers. The track inspection shouldn’t reveal any nasty surprises, because we’re on top of everything we’ve asked for in the run-up to the event.

Is the driver’s briefing as heated as we like to imagine?

Well, I prefer to call it a 'meeting.' In the old days, the race director was like a headmaster barking instructions at the drivers. I like to engage them more. Be helpful, basically. Sometimes there’s a bit of a shouting match, if the previous race has been contentious. Mexico last year was memorable, yeah [Sebastian Vettel became decidedly irate over the team radio, including a pointed message for Charlie]. I wasn’t offended by [Vettel’s] comments, although his language was salty. I know Seb pretty well, and people say and do things in the heat of the moment. He was under a lot of stress, and I’m not sure he had the full picture at the time. Remember Piquet and Eliseo Salazar? [Piquet was taken off by the Chilean during the 1982 German GP, and got a bit… fighty.] It shows there’s a human side to the sport, and if there wasn’t we might as well have robots in the cars. I very rarely lose my temper. It’s a sign of weakness, and I try to be relaxed, approachable, and diplomatic–in no particular order.

You’ve been Race Director since 1997. Does the whole rigmarole still fire you up as much as ever?

I’ve started about 400 F1 GPs but I still love it. The buzz is extraordinary. You have to concentrate extremely hard, although I’ve got eyes and ears all around on an open communication channel. Race control tells me if anything’s happening on the track; you’ve got to make quick decisions about whether to abort the start. We have automatic stall detection warnings, relayed to me as an audible message before the driver even knows he has an issue. Grid-side marshals push a yellow button now, too. One button starts the light procedure, and when I’m happy everyone’s in place and all’s well, I turn them off. We don’t really need the green flag man at the back of the grid any more, but it’s part of the show.

I don’t think I’ve got anything special, but I guess the old brain’s still working all right. As to how fast the race itself goes by, well it depends what’s going on. By the time you’ve sorted out incidents at the start, 20 laps have gone by. It’s rare I find myself thinking, 'well, this is boring.'

Is a safety car start your worst nightmare? One of the most common criticisms is when race control seems to leave it out there too long…

Safety cars or a wet start isn’t a nightmare scenario exactly, but it isn’t one I like. Look, you’ve got to be sitting in race control listening to the drivers to appreciate why we make the decisions we do. But you can’t keep everyone happy all the time, never mind 300 million F1 fans. You certainly can’t keep 20 drivers happy…

The 2011 Canadian GP–that was a good one [rain suspended the race on lap 26, and it eventually took more than four hours to complete]. We have our own weather forecasting service, so we were pretty certain the weather was going to pass, we knew how long it would take for the water to drain off the circuit, so we were able to say, 'stick around.' And it was a great race in the end.

Is it fair to say that technology now means drivers simply have no excuses?

It’s scary how much we can see now, and how quickly. There’s nowhere to hide. There are high quality cameras everywhere, and automatic incident detection. Within 10 seconds, you’ve got all the footage of any incident you want to inspect, and can send that directly to the stewards. It’s designed to improve communication and to improve the consistency of decision-making. The race stewards are often criticized for apparently not being consistent, but it’s only when you fully analyze an incident, with all the available information, that you can understand why a certain decision has been made. Things are microscopically examined these days, unfortunately by people who don’t have all the information available to them, many of whom would rather comment in a sensationalized way. I actually sympathize with some journalists now. They’re under a lot of pressure to deliver, too. That’s modern media, I guess.

Are you happy with the new cars?

They have delivered exactly what was required–they’re quick, spectacular looking, the drivers enjoy driving them, and they’re physically demanding. The lack of tire degradation is the only issue. If an ultra-soft can do 42 laps in Sochi, something’s not quite right. We don’t want them falling apart, but we don’t need one-stop races.

Overtaking isn’t the be-all and end-all. Being able to follow closely enough to attempt an overtake is as good as an actual overtake. As long as they’re dicing with each other, it doesn’t matter if they actually pass.

Talk us through what happens after the GP…

There are normally post-race incidents to investigate, but all being well there will be no technical problems to look at. I’d be at the circuit for three hours, until the results are finalized. I don’t usually manage a quick exit.

I’m still waiting for that…

After all this time, you must have very well-established routines.

I’m a creature of habit. If I like a particular hotel, I’ll always stay there. I’ve had the same room for 30 years in the Hotel de Ville in Monza. I’ve done all the restaurants and bars. I’m not being blasé, it’s more a matter of knowing your limits, especially as you get older. There’s so much to do these days, and when I get back to the hotel it offers a bit of quiet time for me to work undisturbed. Most people think that’s pretty sad, but it’s the only time I get when someone isn’t knocking on my door. I tend to stay away from hotels used by teams–you see them all day long in the paddock. I might unwind watching a film over a couple of nights during a race weekend. I do like watching Friends. I bumped into Matt Le Blanc at a few Grands Prix. He’s a funny guy. 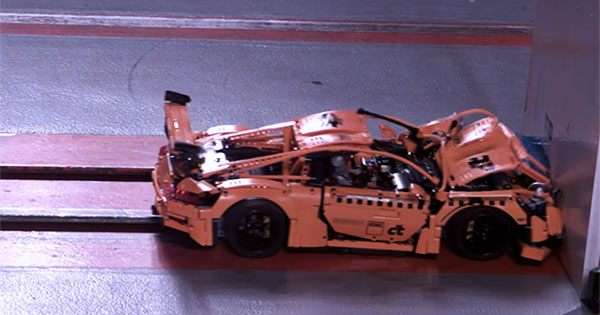 The best of YouTube: How does a Lego 911 GT3 RS do in a crash test?
View other articles about:
Read the Story →
This article originally appeared on Topgear.com. Minor edits have been made by the TopGear.com.ph editors.
Share:
Retake this Poll
Quiz Results
Share:
Take this Quiz Again
TGP Rating:
/20