The 2019 Manila International Auto Show (MIAS) is almost upon us, and if you haven’t cleared your calendars from April 4 to 7 yet, you’d best do so now.

A ton of local car manufacturers will be strutting their stuff this year, including Mitsubishi, Nissan, the relaunched Kia Philippines, Volkswagen, Chevrolet, MG, Ford, and Suzuki. That’s just to name a few, and we haven’t even taken into account the event’s extensive aftermarket section as well as its modified and classic car displays.

In anticipation of MIAS 2019, we’re compiling a list of things we want to see at this year’s event. Some of these are just hypothetical, but there’s always a chance, right? What do you hope to check out when MIAS hits Pasay City in early April?

In case you missed it, Nissan has already announced it will begin selling its best-selling electric vehicle in the Philippines by 2020. What better way to get the hype train going than by giving Pinoy car enthusiasts an early preview of what to expect with the EV revolution?

What’s a car show without some muscle, right? Chevrolet Philippines has already announced that the legendary Camaro is making a local return, but we’re hoping to get a good look at the Corvette, too.

Please, Hyundai Philippines? We’ve heard so much about this hot Korean hatch, but we’ve yet to see it in the metal. This thing can supposedly take on the likes of the Honda Civic Type R, so here’s hoping it manages to make an appearance at MIAS 2019.

4) More of the usual from Motul

The Motul booth has been a showstopper nearly every year it’s had a display at MIAS. How couldn’t it be? The exhibit boasts some of the hottest rides one can check out at the show. Motul once brought in several monstrous Mercedes-Benz G-Class SUVs for the public’s viewing pleasure. Let’s see what it has up its sleeve for 2019.

Motor Image big boss Glenn Tan has already said that the Subaru Forester e-Boxer—the AWD crossover’s hybrid version—will be coming to the Philippines in the near future. We’ve already seen the car in Singapore, but it’d be cool if Motor Image Pilipinas decided to bring it in as a preview.

The revamped Kia Philippines has a surprise for the local market this year, and it supposedly starts with an ‘S.’ Could it be the all-new Soul or perhaps the Stinger? Either will do, though the company would blow everyone’s minds if it manages to bring in both.

The Ford Ranger’s refreshed version was launched in the Philippines last year, and the market is waiting patiently for its midsize-SUV brother to undergo an update, too. Ford Philippines would be hard pressed to find a more perfect opportunity to launch the vehicle than MIAS 2019.

The highly anticipated all-new Suzuki Jimny finally made its local debut earlier this month, but this doesn’t mean the hype train has already stopped rolling. Since the model’s pretty much fresh off the boat, potential owners are no doubt looking into its aftermarket possibilities. Suzuki Philippines can help by fielding a few modified units of its iconic off-roader.

Foton, JAC, GAZ—what’s one thing these three companies have in common? They have vans. Really freaking big ones, too. Manila-proofing is still an in thing this 2019, and we have a feeling these manufacturer’s products would make the perfect foundation of a plush home on wheels.

Seeing the 2019 Jeep Wrangler minus its roof, windshield, and door panels is a treat, so it’d be awesome if visitors can get a look at this SUV’s purest off-road form. Also, maybe we’ll finally find out the official prices and variants of the Cherokee. 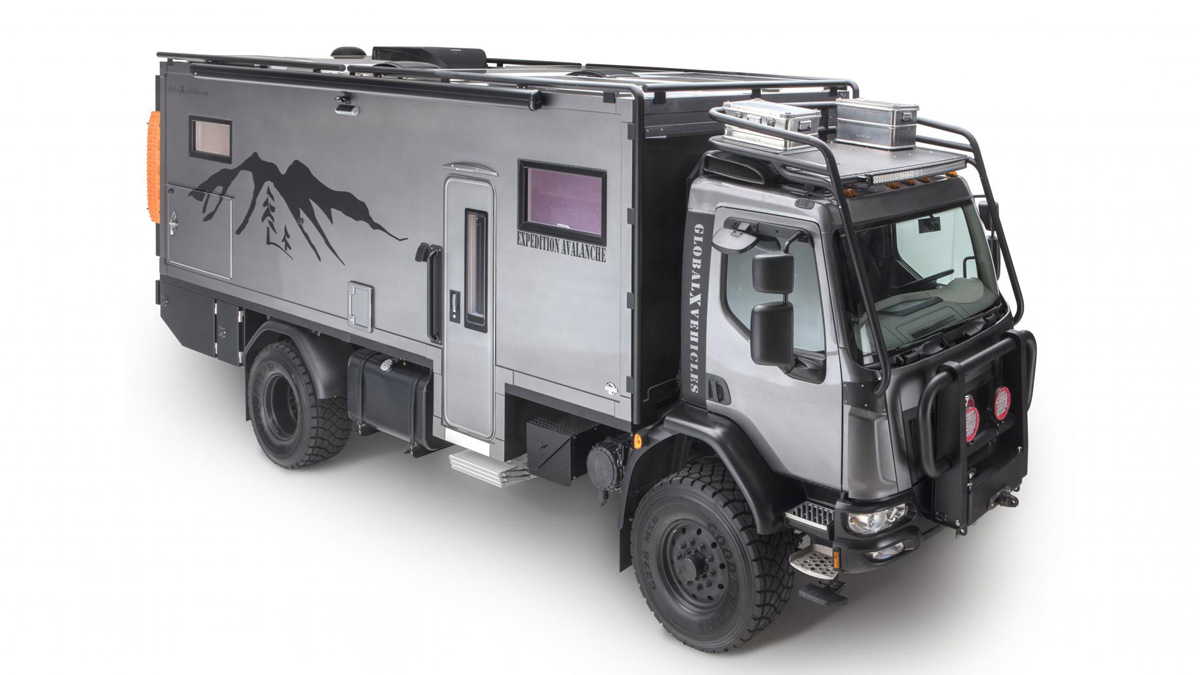 Sometimes, all we need is an off-road campervan to get away from it all
View other articles about:
Recommended Videos
Read the Story →
This article originally appeared on Topgear.com. Minor edits have been made by the TopGear.com.ph editors.
Share:
Retake this Poll
Quiz Results
Share:
Take this Quiz Again
TGP Rating:
/20