Driving a car versus riding a bicycle: Cost comparison by a triathlete 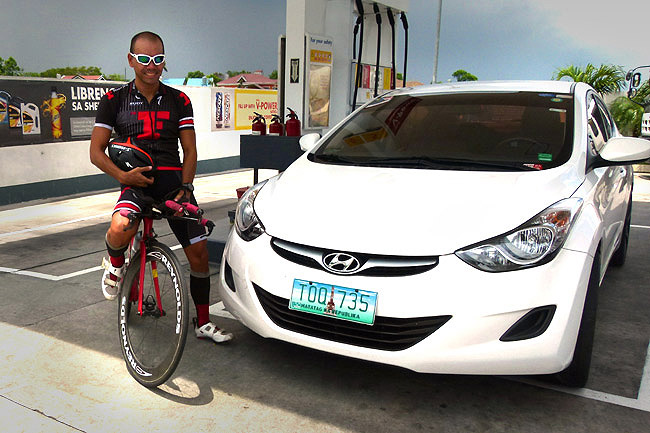 Yes, it's true that bike commuting versus driving to work will save you a lot of money. When I had an office in Makati, I took my bike to and from work on "coding" days. On my beater mountain bike, I'd leave the house at 6am and be in Legaspi Village just a little past 7am, leaving me enough time to hit the gym, shower and open up the office at 8am sharp.

On the ride home, I'd often be entertained by a handful of carpenters, laborers and messengers who would race me to the next stoplight. I had a lot of fun and saved a bunch of money in gas, toll and parking fees. I would do it all over again if I had to work in the city.

It was only a matter of time before someone at Top Gear asked me to compare the costs of riding a bike versus driving a car. As a practical matter, I had also been wondering how much it had been costing me to have a support and gear (SAG) vehicle following me around on my longer training rides.

As a cyclist, I've had many close calls with unruly motorists on the usual riding routes of Cavite and Tagaytay, especially when I was riding solo. When you're alone on a narrow road, you'd be surprised how a lot of dicks will think nothing of swerving in front of you, or suddenly go against traffic and into your lane, or just suddenly stop and leave you nowhere to go but off the road.

Having a SAG vehicle trailing you raises other motorists' awareness of your presence, plus there's the added convenience of having quick access to cold drinks, food and spare wheels. I wholeheartedly recommend the expense for anyone who plans to do those long solo training rides as it lessens the risk of a trip to the hospital.

So anyway, how much does it cost again?

For this little test, I took my trusty S-Works Shiv Time Trial bike for a training ride, with my car following behind.

On my usual 90km training route from the Shell fuel station on Daang Hari to the Total station in Naic and back, I topped up my daily driver Hyundai Elantra, topped up my bottles, and set off. With my driver tailing me several meters back, we made good time on the long, rolling downhill to Naic in just a little under two hours.

On the trip back, I had the benefit of a tailwind and made it back in about an hour and half. Total ride time was just 2 hours and 45 minutes, thanks to light traffic and favorable weather. Since this wasn't a race, I made sure to stay in my "supercruise" mode, but I was still surprised at how steady pacing can still end up with a reasonably high average speed. We could have gone a little faster if I'd zipped through the red lights, but I don't condone that kind of behavior.

Topping up the Elantra once again, I was pleased to learn that it only consumed 5.33L of unleaded gasoline, for a cost of P266.50. The fuel efficiency of 16.88km/L wasn't too shabby either, as the driver put it in high gear whenever possible.

For this test, I didn't include the payroll of the family driver as it's already a fixed cost in my monthly budget anyway. Neither did I include the cost of the bike, the car or the latter's regular operating costs like oil changes and the like, as the objective was to figure out the fuel consumption (and costs) of both myself and the car.

To replenish my own fuel costs, I had two bananas (around P5 each), one 43g sachet of Unilab Active Health gel (P60), and two bottles of Gatorade (P35 each). When I got home, I weighed myself and found I was still around 2lb short of my pre-ride weight, so I downed about a liter of Enervon HP (chocolate-flavored, great for recovery!) for the rest of the day. A box of Enervon HP retails for P350 and is good for 4.2L, so I drank roughly the equivalent of P82.

Here's the summary of costs:

For those who'd be surprised that it actually cost me more to ride my bike than run the car, well, that's because I was on the equivalent of high octane. Many cyclists can get by on bread and plain water, but I prefer to spend a little more to get the full benefit of these workouts. No doubt many untrained cyclists will expend a lot more energy, although I don't think very many would like to do these long rides in the first place!

My own fuel consumption, measured in calories, was just a little over 1,400 calories or approximately 509kcal/hour with an average heart rate of 140bpm. I guess I'm a pretty efficient cyclist these days. Since I'm on a caloric deficit mode (fat is excess baggage for a cyclist), I didn't feel the need to eat and drink every calorie back. I estimate my total caloric refueling (bananas, Gatorade, etc.) at just a little under 1,000kcal. No wonder I was fighting hunger pangs for the rest of the day, but it was all worth it. At least, that's what I tell myself.

For plain and simple bike commuting, the cost comparison is more evident. On those bike commutes I did years ago, I only had a bottle of water with me. Whereas if I took the car, I would spend around P500/day for gas, toll fees and parking.

What's the takeaway? The "fuel" costs of cycling will really depend on what your nutritional priorities are, especially on longer rides. But for simple daily commutes, your only basic cost might be the water you drink.

And for those who are already into cycling but concerned about their safety, having a SAG vehicle as your backup isn't such an expensive proposition when you consider how much safer you'll be. After all, hospital trips are expensive. Just make sure your driver is well trained in his role as a backup vehicle so he doesn't hold up traffic behind him. 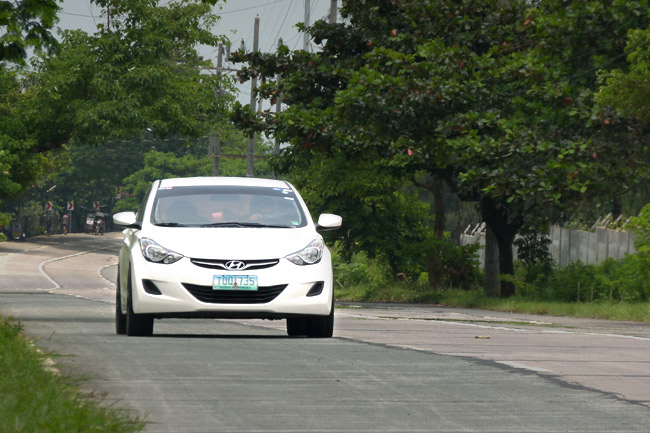 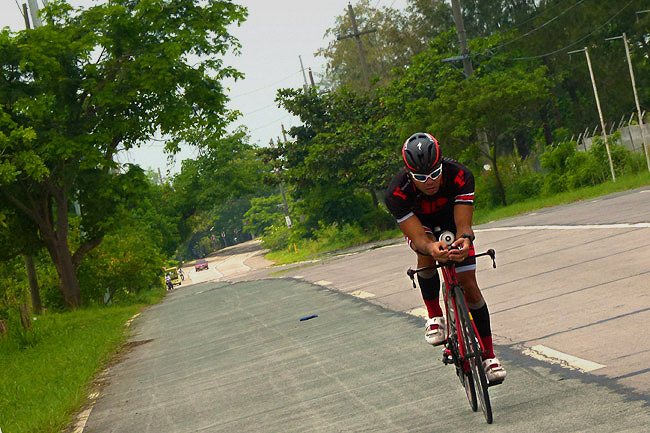 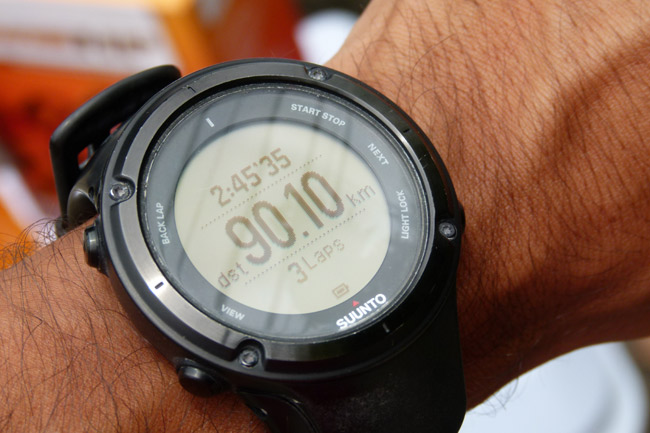 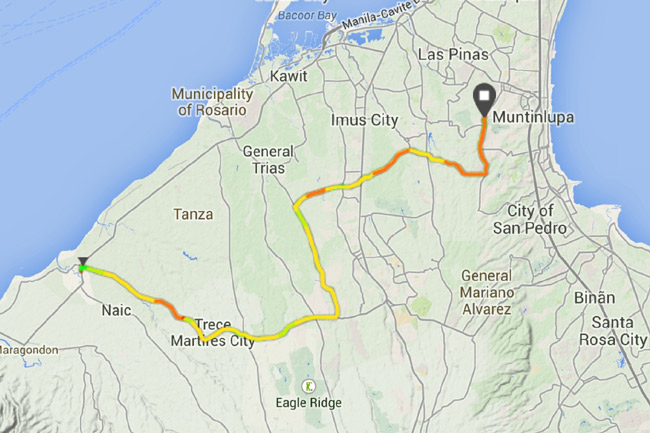 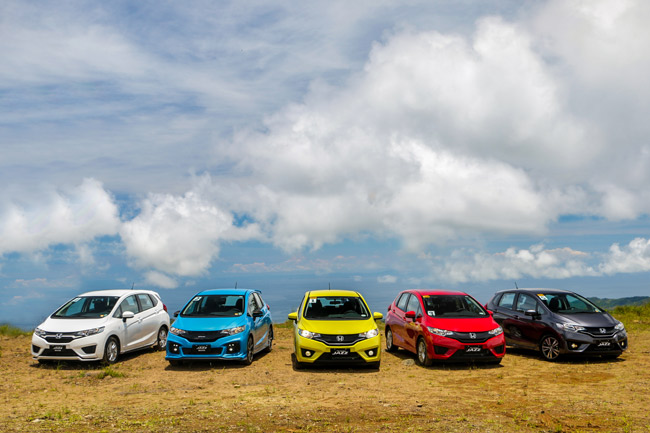 We discover an awesome driving route using the fun Honda Jazz
View other articles about:
Read the Story →
This article originally appeared on Topgear.com. Minor edits have been made by the TopGear.com.ph editors.
Share:
Retake this Poll
Quiz Results
Share:
Take this Quiz Again
TGP Rating:
/20