Everything you need to know about Ducati

What is Ducati known for?

Ducati Energia, on the other hand, is involved in the designing and manufacturing of electrical components and systems. Lastly, Ducati Sistemi, which is a subsidiary of Ducati Energia, provides electronic and information technology products for transport.

When Ducati was first established, it manufactured short-wave transmitters and dealt mostly with radio and telecommunications technology such as radios, cameras, and binoculars. It also manufactured and sold various electrical products like electric razors.

In fact the company’s founder, Adriano Cavalieri Ducati, patented his technology for a short-wave transmitter that could connect to the United States. The company’s work in radio and telecommunications helped it grow as a company and provide thousands of jobs.

When and how did Ducati start?

When Guglielmo Marconi invented the practical radio-wave-based wireless telegraph system, many companies and entrepreneurs followed suit in developing their own telecommunications technology. Adriano Cavalieri Ducati patented his own design for a short-wave transmitter, which was used to connect with the United States.

On July 4, 1926, Adriano, along with brothers Bruno and Marcello, created the Societa Scientifica Radio Brevetti Ducati, a company that produced small Manens capacitors. Manens capacitors were used for radio technology back then.

During Italy’s post-war era, the demand for affordable means of personal transportation grew. Ducati’s new business venture was a hit as it helped people move and meet with its products. It also inspired something new in the hearts of riders: a desire for speed.

By the 1970s, motorcycles had become more than just a means to get around. They became actual sports equipment, and Ducati helped people pursue their passion on the road. In the 1990s, Ducati created some of its classic models, such as the Monster and the 916. Today, Ducati has a wide selection of motorcycles for on and off the racing track–from the 999 F03 and Desmosedici GP 07 to the Multistrada 1200.

Who were the people behind Ducati?

Antonio Cavalieri Ducati was an engineer from Comacchio, Italy. He eventually moved to Bologna in the second half of the 19th century during the height of the Industrial Revolution. Antonio had three sons: Adriano, Marcello, and Bruno. Adriano was a physics student who made a short-wave device that could connect Italy and the United States via radio.

Inspired by Adriano’s innovation, the Ducati family established the Societa Scientifica Radio Brevetti Ducati. The Societa Scientifica’s first head office was located in Via Collegia di Spagna no. 9. But later on, the company would move to Viale Guidotti 51. The company manufactured short-wave transmitters from this factory until it moved to a larger factory in Borgo Panigale on June 1, 1935.

The three brothers divided many of the major tasks: Bruno oversaw the building of the Borgo Panigale factory, while Marcello was head of personnel. Adriano was in charge of production and research.

Because of the hard work of the Ducati family, its business grew and expanded. The Second World War caused a lot of damage to the company. Even if the company managed to recover after the war, the business was still taken over by the state, and the three brothers went their separate ways. Adriano worked with Werner Von Braun to send the first men to the moon. Marcello started a business selling automatic gates in Milan. Meanwhile, Bruno established his real estate company in Milan as well.

Where are Ducati vehicles manufactured and sold?

Ducati was established in Italy, but because of its quality products and services, it quickly spread across the world. To date, the company has ten subsidiaries representing the company worldwide. Ducati’s support network covers over 92 countries and has a total of 790 dealers and service points. Even with all those facilities, production still continues in the Borgo Panigale plant where everything started.

Ducati has facilities in the US, Canada, Mexico, Germany, Thailand, Japan, India, Brazil, China, and several countries in western and northern Europe.

What are the most iconic Ducati motorcycles ever made?

There are too many iconic Ducati models to list down in a general interest article like this, so we’re just going to give you our favorites. One of the most iconic Ducati motorcycles that we absolutely love is the 250 Desmo Twin, which combined two 125cc DOHC engines together and produced 37hp at 11,600rpm. This model is iconic because it helped bring Ducati into the spotlight and helped launch racer Mike Hailwood’s career as well.

Another favorite is the 750 GT. This model was the first to come with a 90-degree V-twin engine that would become a staple in later models. Famous Ducati engineer Fabio Taglioni designed the V-twin in a way that the bike would have a slim profile, low center of gravity, and optimal aerodynamics. This technology helped Ducati win the 1972 Imola 200, where Giacomo Agostini was defeated by Paul Smart and Bruno Spaggiari.

And speaking of iconic looks, how could we forget the Streetfighter V4S? It has all the best qualities of Ducati and features a single-sided swingarm. The Streetfighter has a 1,103cc Desmosedici V4 engine, delivering superbike performance and naked street bike looks.

Ducati also knows its market when it revived a cult icon from the ’60s–the Scrambler. This model has a retro style with modern features and comes in six variants: Icon, Classic, Full Throttle, Urban Enduro, Flat Track Pro, and Sixty2.

The last on our list is the Desmosedici RR, a road-worthy version of its Desmosedici GP6 grand prix bike. This model was Ducati’s first bike to have forged magnesium wheels as standard. Only 1,500 units were produced and sold around the world, and each cost $72,500 back in 2006. Imagine how much these are worth now.

Since when has Ducati been in the Philippines?

Ducati has been a well-known brand in the Philippines for decades. But an official direct partnership was only established between Ducati Motor Holding and Ducati Philippines in October 2011. The first official showroom for Ducati was opened in Cubao, Quezon City back in 2012. Eventually, other dealerships would arise.

Which Ducati models are available in PH?

Ducati has a wide variety of models available here in the Philippines. As of this writing, it offers seven major bike models, each with its own variants: Diavel, XDiavel, Hypermotard, Monster, Multistrada, Panigale, and Supersport.

Where can I buy a Ducati in PH?

Got a thirst for speed? Well, you can use the locator dealer tool on the Ducati website to find a Ducati dealership near you. Go ahead and take the leap. We only live once, right? 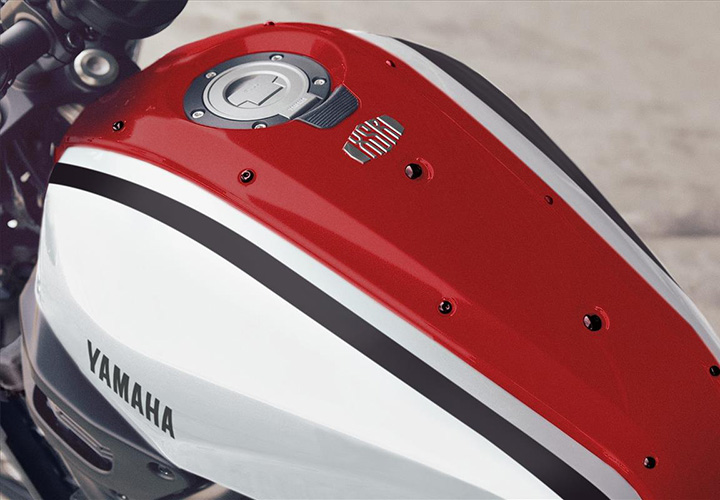 Everything you need to know about Yamaha
View other articles about:
Recommended Videos
Read the Story →
This article originally appeared on Topgear.com. Minor edits have been made by the TopGear.com.ph editors.
Share:
Retake this Poll
Quiz Results
Share:
Take this Quiz Again
TGP Rating:
/20