Anyone who’s ever experienced hiring a driver will know the telltale signs of a good one. Obviously, you want to hire someone who can handle himself behind the wheel. You also want to look for someone who knows his way around the city and is, of course, punctual.

One quality many of you might forget to take into account, though, is loyalty—and perhaps it’s the most important qualification. Long tenure and a good recommendation from a previous employer aren’t just indications that someone’s good at his job—it’s a sign that he cares about the employer and the work being done, too.

If you’re looking for an example, look no further than Roland Quitevis, who has served as the official driver for eight UK ambassadors under the British Embassy in Manila over the past 33 years. Quitevis, who has also driven for several members of the United Kingdom’s Royal Family during visits to the Philippines, was recently awarded the British Empire Medal by no less than Queen Elizabeth II for his work.

When the Queen of England takes notice, you know you’re doing something right.

“I am delighted to announce that Her Majesty The Queen Elizabeth II has honored Mr Roland Quitevis with the British Empire Medal for his services to UK-Philippine Relations,” British Ambasador Daniel Pruce said via the embassy’s official Facebook page.

“This is a thoroughly well-deserved recognition of Roland’s long service at the Embassy, mostly spent as the Ambassador's driver,” Pruce added.

Quitevis, the sixth of eight children, first began working for the embassy after he moved to Manila from Ilocos Sur when he was 22 years old. He started as a messenger, and over time was promoted to the official driver of the Ambassador. Since he started ferrying foreign dignitaries and officials, Quitevis has taken every opportunity he’s been given to improve his skills behind the wheel. This includes comprehensive driving courses in the UK back in 1999 and 2003.

“I remember being so grateful for the opportunity, which is why I have always loved every single day of it—come monsoon rains, heavy Manila traffic and day-to-day encounters with British Embassy staff in action,” Quitevis says.

“I have also been so honored to be able to drive for some members of the Royal family. These include three visits by Prince Andrew, Duke of York, two visits by Princess Anne, and a visit by Prince Charles,” he continues. “It has been such a memorable experience to me to meet each one in person. In fact, during the most recent visit of Princess Anne to the country, she commented that I was very young when she first came to Manila and visited the indigenous community in Clark in the aftermath of the 1991 Mount Pinatubo volcanic eruption.

“For me, every moment with all the ambassadors has been unforgettable, as they have treated me like family and always with utmost respect.”

Quitevis says being presented with the Honorary British Empire Medal is the “defining moment” of his career with the embassy. Remember, guys: If you find a driver who’s for keeps, treat him accordingly. You never know—maybe the next Roland Quitevis is already ferrying you around town on a daily basis. 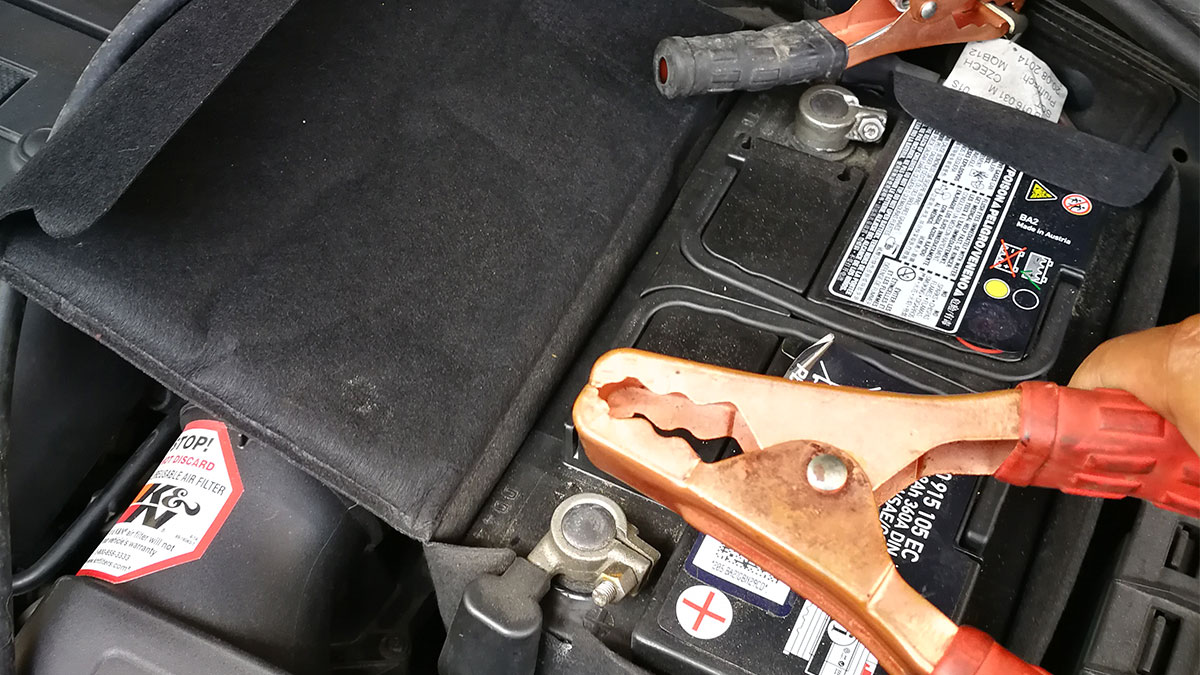 Useful tips about battery care, jumper cables, and dead batteries
View other articles about:
Read the Story →
This article originally appeared on Topgear.com. Minor edits have been made by the TopGear.com.ph editors.
Share:
Retake this Poll
Quiz Results
Share:
Take this Quiz Again
TGP Rating:
/20