All you need to know about this model, plus how to keep it running strong
by TopGear.com.ph | Apr 11, 2019
CAR MODELS IN THIS ARTICLE

Hard as it might be to believe, given its current market dominance, the all-American Ford Ranger was once a Japanese truck. Based on the B-series pickup developed by Mazda. To be precise, this wasn’t the “American” Ranger, a truck developed by Ford in 1983 in response to the popularity of its Mazda-licensed Courier pick-up (circa 1972), but the “Global” Ranger introduced in 1998, following in the footsteps of the Courier.

In America, Ford licensed its Ranger to Mazda to be sold as B-series trucks, while outside of it, Mazda licensed its B-series to be sold as Rangers. This confusing arrangement came about because in the two decades since the introduction of the Ranger, the US and global markets had diverged sharply in terms of market needs and priorities.

Which brings us to this truck. This 2006 Ranger, built locally at the old Ford assembly plant in Santa Rosa, is the last to be based on the old Mazda underpinnings. It would finally bow out in 2011 to make way for the fully-Ford developed T6 Ranger.

There are very few things to go wrong here. Starting issues can be traced to worn-out glow plugs, and at the these cars are at, expect to need to replace a shock absorber or two and possibly a clutch master. Also, locally assembled Fords, while mechanically robust, tend to suffer from topcoat peel when parked in the sun for years on end. As the Ranger is Mazda-based, finding spares is easy.

When it debuted locally in 2000, the Ranger featured pared-down bodywork compared to its Mazda twin and an awkward attempt to fuse Ford’s then-current egg-crate grille with Mazda’s slim headlights. The 2003 facelift, coinciding with the launch of the Ford Everest, gave the Ranger a more masculine, square-jawed appearance, accommodating a grille- headlight combo reminiscent of the US- market Explorer Sport-Trac. Buff fender- flares as on our Trekker example give it a purposeful look, and chrome accents tie up the exterior design nicely.

On the inside, you’ll find a decently work-a-day cabin, though the rear seat leaves something to be desired. Much of the switch-gear and instrumentation inside is shared with the Ford Lynx, which was also built locally. Interior plastics are mostly but double-check the interior door handles. Rough handling can easily break these. Other major wear areas will be in the side bolsters on the driver’s seat (a ’90s Mazda problem) and the shift knob and steering wheel.

While a base 93hp 2.9-liter diesel was available, a vast majority of Rangers sold featured the turbocharged 2.5-liter WLT, which produced 117hp and 280Nm. Not impressive by today’s standards, but it gave the Ranger brisk performance. This was mated to either a four-speed automatic or the five-speed manual shown here. Complaints of early clutch wear were common when this engine was new (as early as 40,000kms), but that often comes down to the driver.

Look out for black smoke that could signal turbo or valve issues on higher mileage trucks. It’s also worth asking when the timing belt was last changed. Beyond that, the WLT is robust compared to more modern common rails. It’s even capable of surviving our deep floods.

Despite the heavy steering and rubbery gearshift, the Ranger is rather fun to drive, as you’d expect from two brands known for good driving dynamics. Granted, it doesn’t have the athleticism of the model that followed, which was by European chassis engineers, but it corners flat and neutral on twisty mountain roads. Unfortunately, this comes at the expense of ride comfort, especially with the “high rider” Trekker suspension seen on this 4x2 units. You won’t mistake this thing for anything but a truck. Then again, that’s exactly what it is.

It’s a shame that Ford and Mazda have parted ways. The combination of American ruggedness and Japanese engineering helped the Ford brand claw out a niche for itself on the Asian market. But the fruits of their labor have left us with cars like this. And despite the American badge, the Japanese engineering behind it, as well as the fact that it was built right here in the Philippines, means that parts and maintenance are much easier than you’d expect for an “American” car. (Niky Tamayo)

Most modern cars are very reliable these days, with some being more idiot-proof than others. A fellow enthusiast likes to call such cars as “gas n’ go.” You put gas in the car, and you go. No doubts about whether the car will start the first time. No fears that a warning light will suddenly pop up. daily driver is essentially an appliance that you can use for many years until you get tired of the look or it finally falls to pieces (unlikely). If you follow the maintenance schedule, and if you have a basic sense of car maintenance, you can reasonably expect your car to run perfectly fine for many, many miles. Here are 10 quick tips to keep your ride in tip-top shape:

Depending on your car’s make and model, the service interval is important to your wellbeing. The primary service is the oil and filter change, but this may also include several other services such as cleaning the A/C filter, recharging the freon, and changing the transmission fluid, and any other fluids and filters. Spark plugs are also replaced every year.

Have your tires rotated every six months or 10,000km to maintain even tread When you do this, that’s when you’ll need to have them balanced and/or aligned.

Some may try to sell you on a four-figure “paint protection” service. Unless you park right by the sea or live in a snowy climate, you don’t need this. The shell of the car already has several layers of primer and paint to protect the metal from rust.

Metro Manila traffic is hell on an automobile and qualifies as “extreme road conditions” because of the incessant stop-and-go that’s hard on the transmission, and the fumes ingested by the air intake. Once a week, or at least once a month, take your car to a  drive where you can gently work the upper ranges of the gears and blow out any crud from the pipes. (Andy Leuterio) 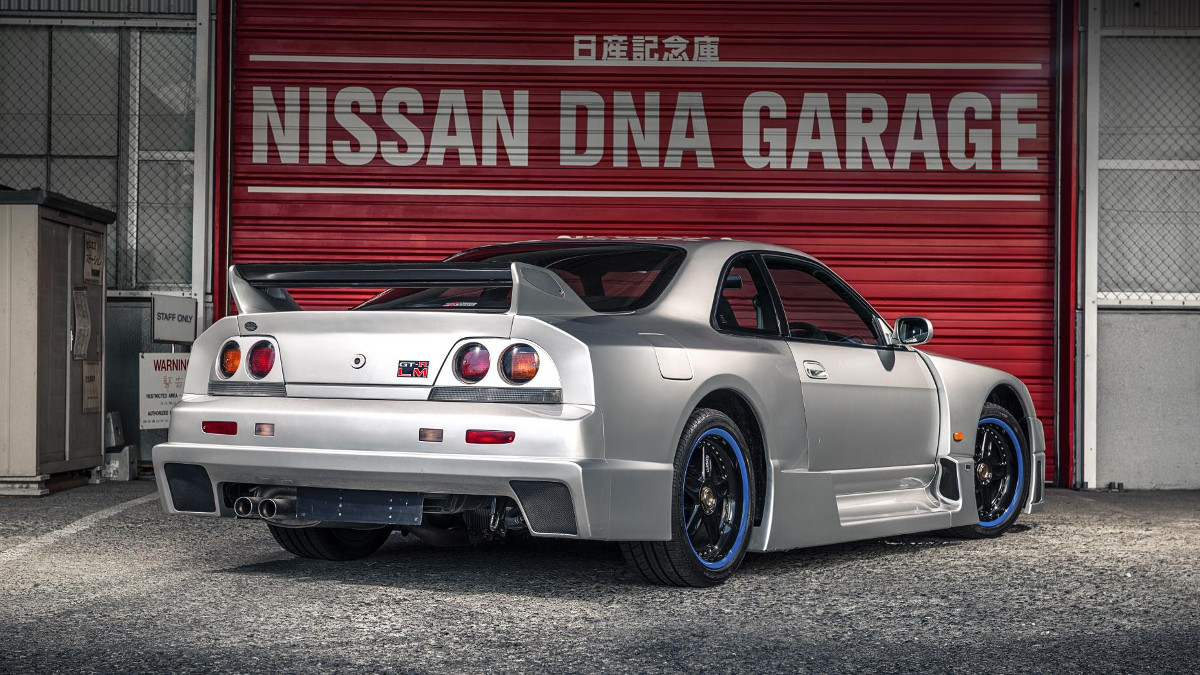 Meet the Nissan GT-R Skyline R33 LM, the rarest Godzilla of all
View other articles about:
Recommended Videos
Read the Story →
This article originally appeared on Topgear.com. Minor edits have been made by the TopGear.com.ph editors.
Share:
Retake this Poll
Quiz Results
Share:
Take this Quiz Again
TGP Rating:
/20