The Kia Stinger is a car we desperately want to drive 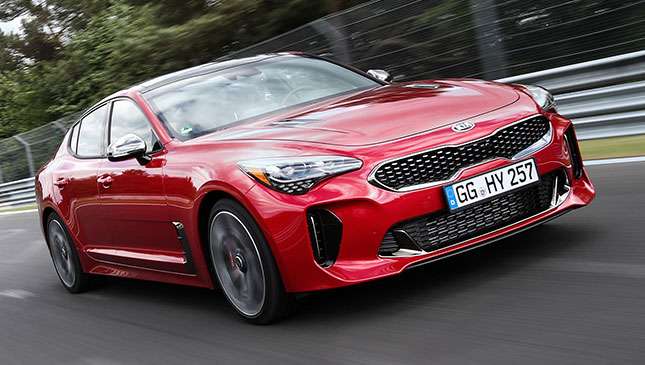 You’re telling us Kia has decided to make a fast and slinky rear-drive sedan?

Yes, the Kia Stinger is exactly that. Well apart from the sedan bit: it’s a hatch. Think of it as a BMW 4-Series Gran Coupe, but a little longer and lower. Kia seems to have had the idea before BMW, with the Kia GT show car in 2011. 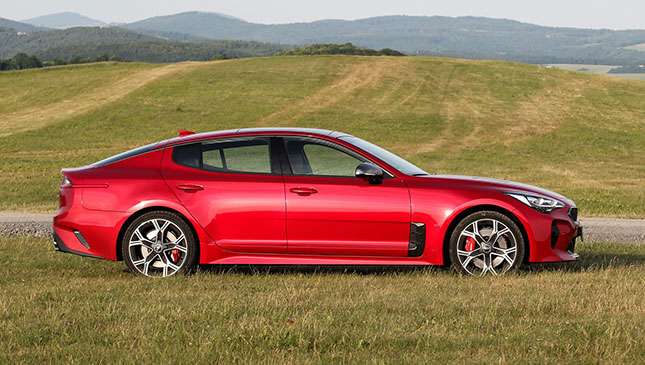 Not exactly Kia’s core territory though?

No, but don’t underestimate this Korean giant’s reach. As part of the Hyundai Motor group, it has access to modern rear-drive platforms from the new Genesis brand. It already builds the twin-turbo V6 (a 3.3-liter with 370hp), its own eight-speed auto, etc. All in a body made of their own steel, carried to Europe in ships they constructed. 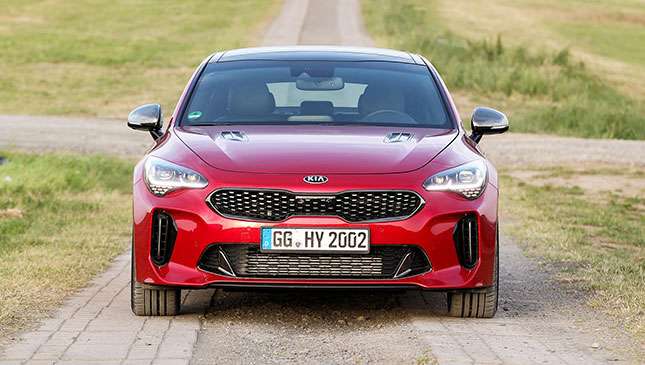 How’s it look outside a motor show?

Pretty good. The long, low proportions help. The cabin’s set well back, and from the rear you notice a voluptuous swell over the rear wheels. Kia’s head of design at its European studio authored the Stinger. He’s Gregory Guillaume, a Frenchman who’s worked for strong European design houses before Kia.

Guillaume pushed for the long wheelbase, so he could lower the seats and roof yet leave legroom intact. He didn’t want a deploying rear spoiler, because it would have added cut lines. So the team went for careful underfloor aero instead.

Even so, there are a lot of cuts at the back. But it’s a striking and graceful machine overall, and not too aggressive. That matches its driving character, as we’ll see. 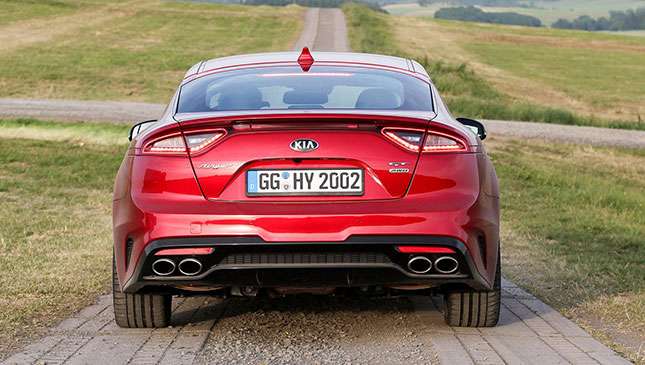 Just as Kia had built its first chassis test mule for the Stinger (under a Genesis GT body), the parent corporation took on Albert Biermann to be its boss of dynamics. He used to have the same job at BMW M. Biermann has taken an extremely close interest in the Stinger’s development.

Though the engine is fundamentally an existing job, the chassis is largely new. The front suspension is entirely bespoke, the rear heavily modified. Adaptive dampers are standard on the V6.

Of course, very few people in Europe will buy a V6 petrol Kia—after all, very few actually buy six-cylinder petrol BMWs. The big(ger) sellers in Britain will be a 2.0 turbo petrol of 255hp, and a 200hp 2.2 diesel. 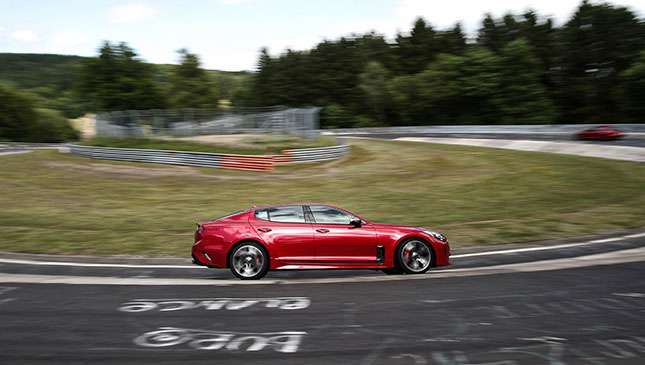 So can Kia build a decent sporty rear-driver?

Yes. But this judgment comes with a big condition: We were confined to track testing it. At the Nürburgring. Still, its blind tightening corners, bumps and dips and crests do make a good job of imitating an interesting hilly road.

The Stinger’s great talent is how natural it feels. You sit low, and address the wheel and pedals straight ahead. That’s good for the articulation of your arms and legs. Then its reactions are reassuring and predictable. That’s most welcome on a track that often springs a new surprise just as you are picking your way through the last one.

Turn the wheel and the body moves exactly as you’d subconsciously expect. Big sedans with ‘sporty’ bent sometimes give you initial softness followed by a sudden twitch. Instead the Stinger is progressive. The roll, of which there isn’t too much, also develops in proportion. Which makes it a reassuring car to drive briskly. It will react to trimming the line by throttle. Traction out of bends is stout, helped by limited-slip differential, and the stability control does its work subtly.

It’s not razor-sharp but it’s game and dignified.

I also had a lap in the 4WD version. It’s supposed to be rear-biased, but feels more mute and unreactive in corners, and the 2WD one would out-accelerate it noticeably in the lower gears because of weight and rotational inertia. Mind you, the weather was warm and dry. In the wet 4WD would help, but it’s not a choice we’ll have here. 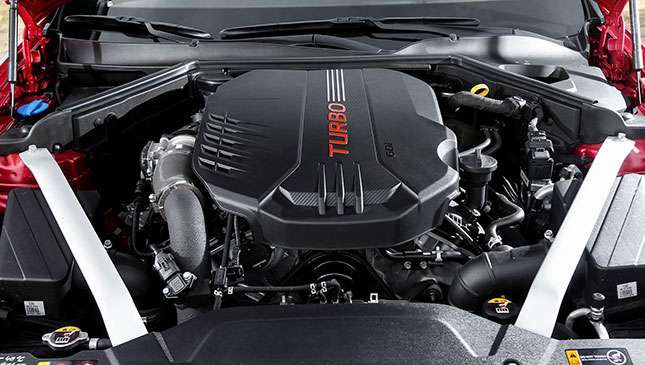 At 1,730kg, the Stinger isn’t a light car, because the body is almost all steel and it’s longer than direct competitors. Even so it doesn’t hang about: the 370hp V6 does 0-100kph in 5.1 seconds, says Kia. The engine lags a bit until you’ve got some revs up, then it hits its stride with a nice harmonious warble. The transmission shifts slickly, but the paddles won’t entirely override it.

The suspension seems to avoid too much rough on notorious bits of the ‘Ring, but really it’d be premature to give a verdict on ride comfort. 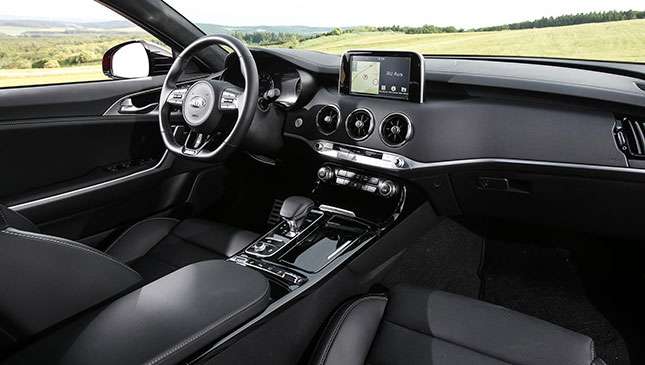 Kia has gone for lots of hardware switches—climate, stereo, seat heaters etc. all have their own buttons, whereas rivals do some or all of that on screens. I prefer the Kia approach. You can do common things by sense of touch alone.

A heads-up display is augmented by a configurable TFT between the real dials. Some 15 speakers of Harman Kardon audio goodness are on the options list. We see no glaring omissions in the connectivity or active safety line-up, but on the other hand it’s not going to try to drive itself.

The seats are plushly padded, but managed to hold me in place as we squiggled through the 'Ring. 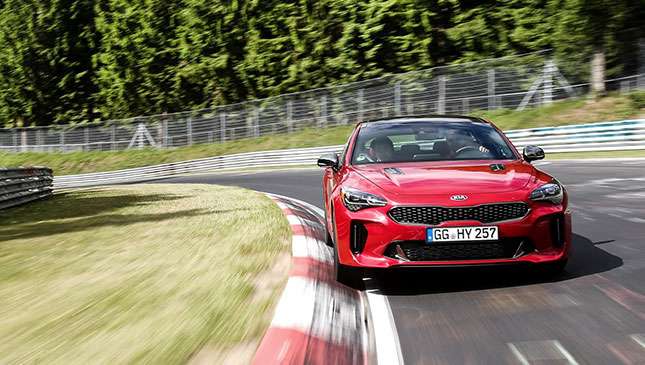 When, and how much?

No exact word on prices, but the hints are that it’ll cost slightly less than an equivalently powered BMW 4-Series, despite being a bit bigger. 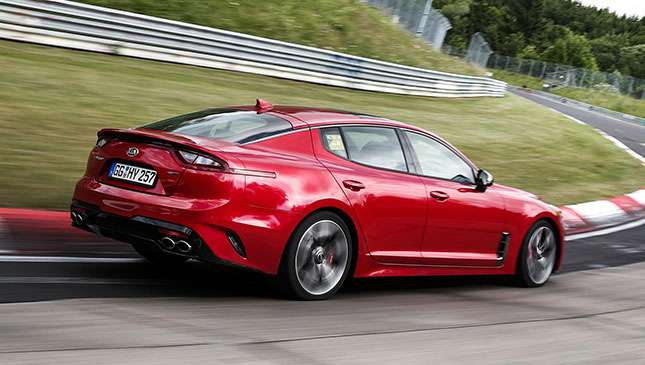 Kia has to carry a badge discount compared with the Germans, surely…

Exactly. Sure, the Sportage and Soul sold well on their styling, but at this higher level people want a brand. Kia’s main hope is the Stinger causes people to take the rest of its range more seriously. 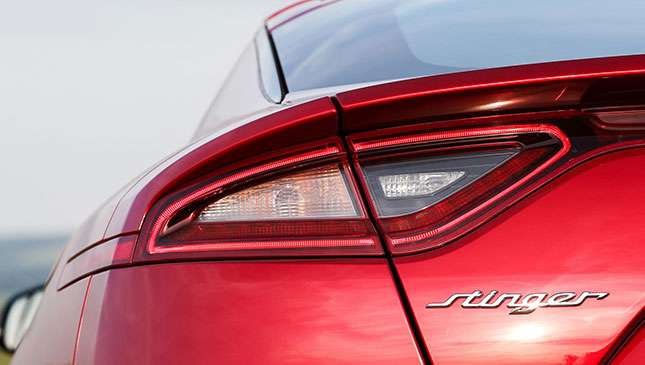 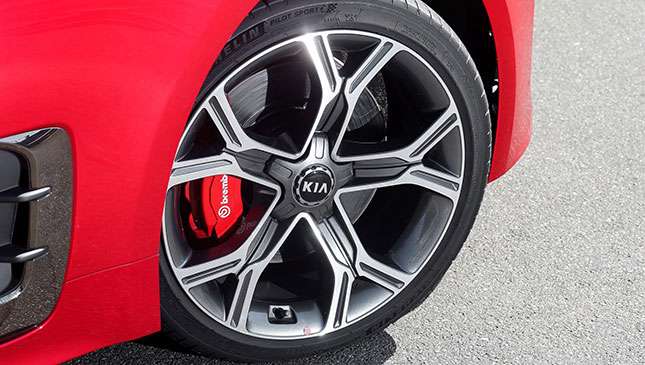 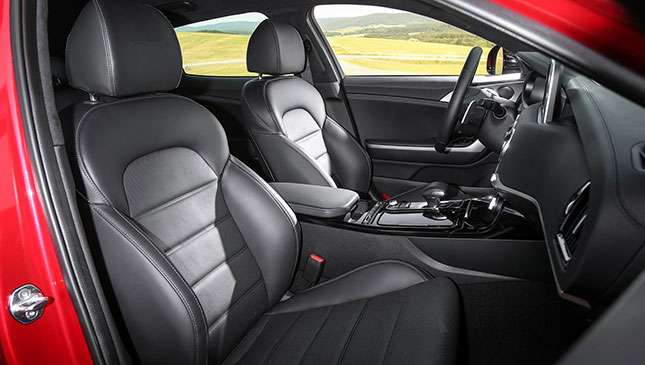 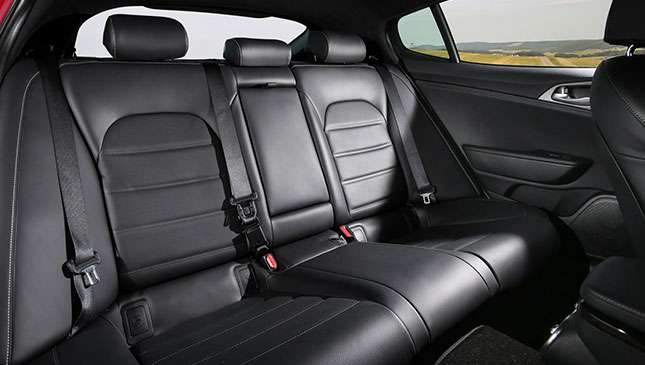 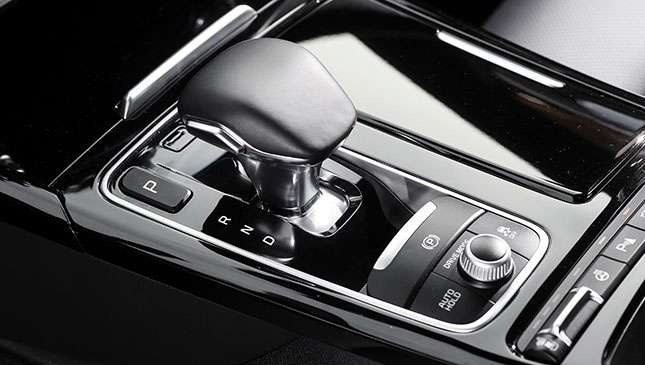 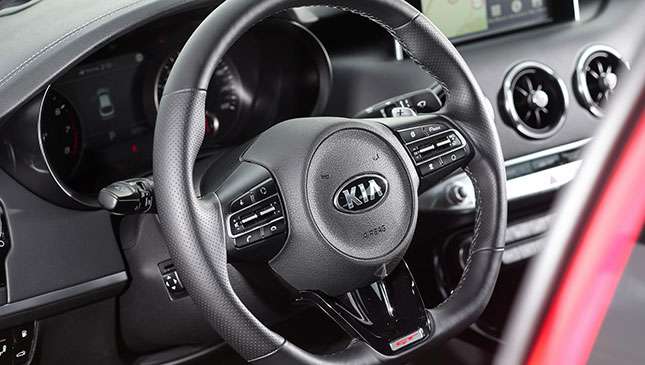 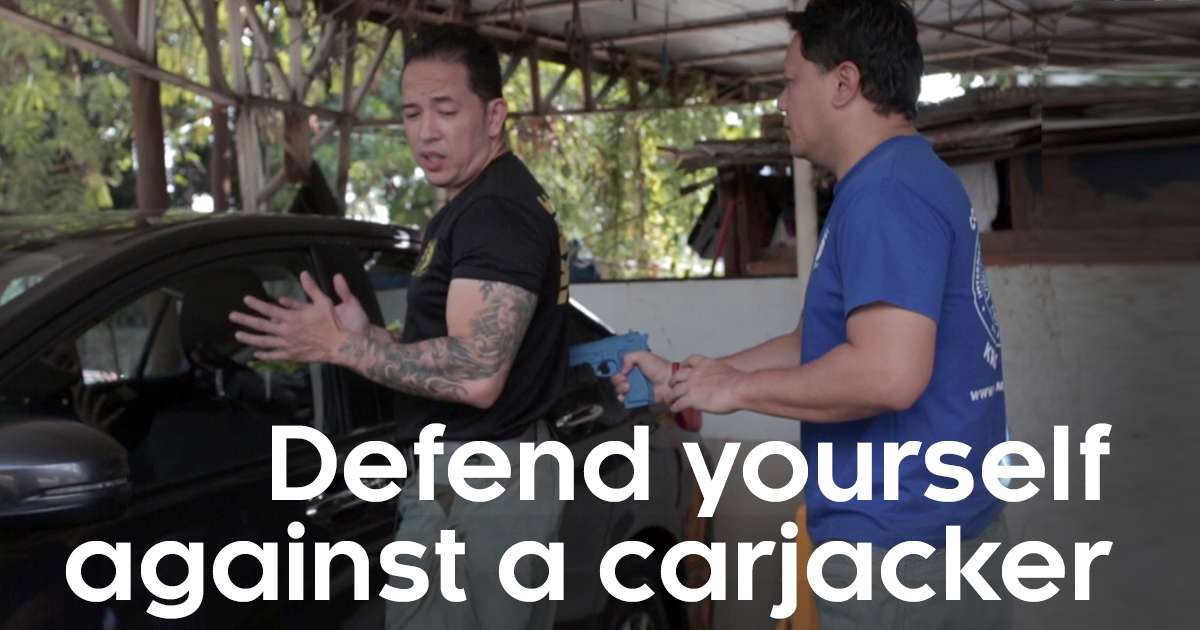 How to defend yourself against a carjacker
View other articles about:
Recommended Videos
Read the Story →
This article originally appeared on Topgear.com. Minor edits have been made by the TopGear.com.ph editors.
Share:
Retake this Poll
Quiz Results
Share:
Take this Quiz Again
TGP Rating:
/20