If that beautiful MMDA spokesperson looks familiar, that's because Celine Pialago has been in mainstream media for some time now.

The government agency has its hands full with numerous concerns on the road (Maria Isabel Lopez stunt, traffic), with the eloquent morena at the forefront. Netizens heaping praise on Celine prompted us to do extensive research and get to know her better.

Growing up in Dalaguete, Cebu, Pircelyn Burce Pialago was bullied for her complexion, despite excelling in academics. She didn't let this dash her hopes of becoming a news reporter, and graduated with a degree in Broadcast Communications at Miriam College.

Celine realized her dream career with RPN and PTV, before working in the House and DILG. From being teased, the vegetarian model would go on to join Miss Philippines Earth, where she trended online for a faux pas about her friend who "passed away" (she meant "passed out").

Quite ironic that a woman who gained infamy for an horrible gaffe now serves as the voice of the MMDA. Perhaps it's also testament to Celine's refined communication skills, not to mention her perseverance to get back up from an unfortunate situation.

This story originally appeared on Fhm.com.ph.

* Minor edits have been made by the Topgear.com.ph editors. 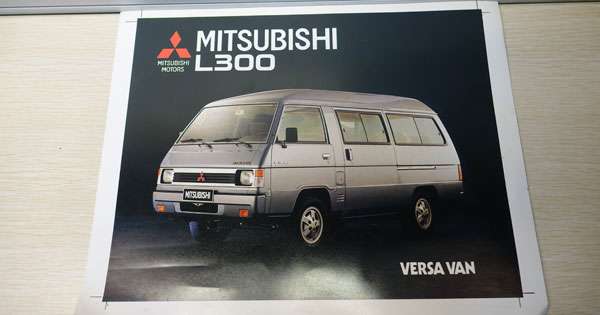 #ThrowbackThursday: A look at an old Mitsubishi L300 spec sheet
View other articles about:
Read the Story →
This article originally appeared on Topgear.com. Minor edits have been made by the TopGear.com.ph editors.
Share:
Retake this Poll
Quiz Results
Share:
Take this Quiz Again
TGP Rating:
/20