This is what EDSA looked like in traffic-free times 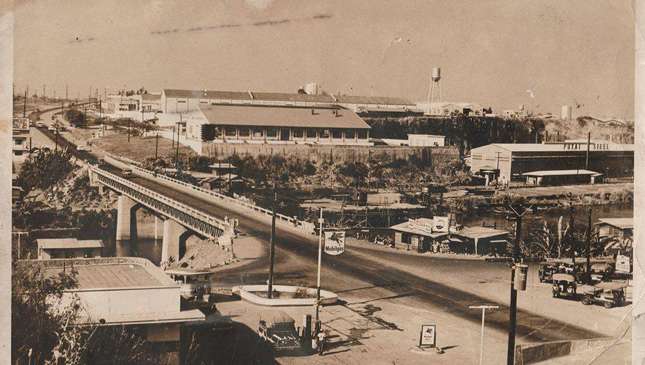 Even after Quezon City was created in 1939, the road that would become our beloved EDSA had already been planned as an alternative route from Balintawak to Pasay. Initially this was called Route 54, and its construction would intersect different routes and vacant properties. A two-lane secondary route was also included in the 1940 edition of the Texaco (now Caltex) Philippine Motor Highways map of Manila and environs. Made known in broken lines, it was identified as road construction B.

The route wasn't used much from the '40s until the mid-'50s. Most of the lots along the road were barren with no residential and commercial edifices yet. Only hectares and hectares of military camps existed. Zablan Air Field (now the Katipunan and Blue Ridge area) ceased to exist after the war. The US Naval Radio Facility in Bagong Bantay (now Grass Residence near SM North Mall) was deactivated in 1962.

Fort McKinley and Camp Murphy, which are still operational, were renamed Fort Bonifacio and Camp General Aguinaldo, respectively. A section of Camp Aguinaldo eventually became Camp Crame. People going through the route early on were presumed to be going to these camps and stations. City commuters considered traveling to these military facilities, including UP Diliman, still very far. The common reaction was, "ang layo naman nang pupuntahan mo." 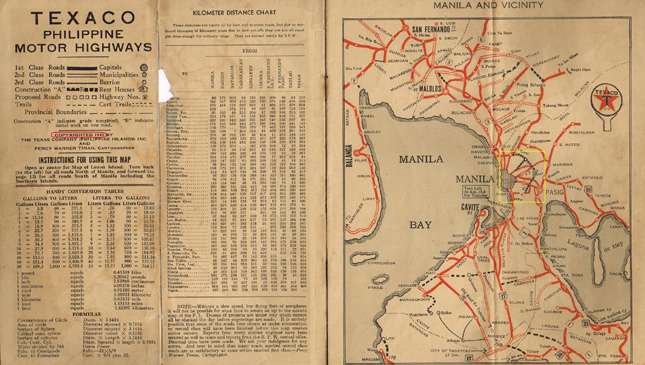 Until the late '40s, the whole stretch of the road was basically open with trees, wild plants and cogon grass everywhere. Motorists traveling in the area likely compared the scenery to those of provincial barrio roads. If ever there were inhabitants, most were small-plot farmers and animal shepherds who utilized the unfenced and undeveloped open areas.

Institutions and companies in need of large lots for their learning and manufacturing needs invested in Makati and Mandaluyong in the '50s. As early as 1951, San Carlos Seminary bought hectares of land at very reasonable rates near Pasig River. Industrial giants like Puyat Steel, International Harvester, Comfood (Ricoh Chocolate) followed by investing in Mandaluyong.

Similarly, families wanting larger residential lots outside the already congested city of Manila bought subdivision lots from real estate developers in Makati (Forbes Park and Bel Air for the upper class), Quezon City (Philam Life Homes for the middle class), San Juan (Greenhills for the middle class), etc. The government also came out with housing plans for the QC area (Projects 6, 7 and 8 for civil servants and other wage earners).

As more migration ensued, more motorists drove through the route on a daily basis. Through legislation, the route was officially named after historian Epifanio de los Santos (EDSA) in 1959. 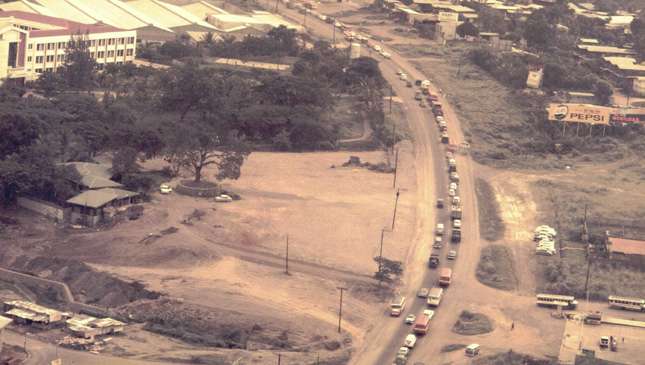 Activities along EDSA grew exponentially in the early '60s. This was during the time when many Manila offices started to transfer to Ayala Avenue, Makati, and Rizal. The transfer of San Miguel Corporation to its new building in Makati on April 1, 1964 was a major news item that paved the way for others to follow.

With commerce growing in the area, oil and gas corporations joined the bandwagon by establishing gasoline stations in strategic places as early as 1955. Most fuel stations were then erected at EDSA corner lots intersecting roads going to Makati, Mandaluyong, San Juan and Quezon City. The Araneta Group reinvented the Cubao area by opening the Araneta Coliseum (or the Big Dome) on March 16, 1960, in time for the World Junior Lightweight Crown match between Elorde and Gomes. This was followed by the opening of the Farmer’s Market in 1967 and of the New Frontier Theater and complex in 1970.

Due to the growing density of commercial buildings and residential houses along the major municipalities, the highway was widened in the early '70s. The only major traffic drawbacks during rush hours were the Cubao and Ortigas intersections. Other than that, driving was smooth. Those were the days when one could enjoy driving a V8-powered vehicle at speeds worthy of the engine. 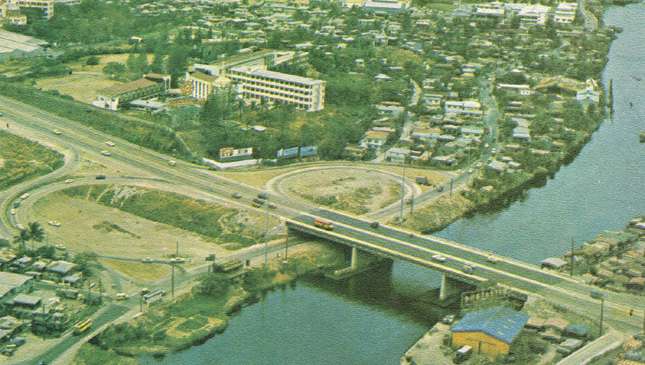 While portions of EDSA became known as the staging grounds for bloodless revolutions, the highway also served as a shooting location for films. With Leopoldo Salcedo as the main character, LGS production made a movie entitled Highway 54 in 1953. The highway was considered a no man's land, especially at night. Scenes from the American action movie, The Bourne Legacy were also done along EDSA in 2012.

All the enjoyable motoring along EDSA started to fade in the late '80s as a construction boom commenced after the 1986 EDSA revolt. Malls were built on big vacant lots. This was followed by other residential subdivisions and office buildings. Majority of the gas stations in the area disappeared, including the day and night golf driving range frequented then.

By the '90s, former municipalities became cities where mayors welcomed developers to invest. Their plans to modernize were alright for the community, but the continuing trend in building has been abused. As a consequence, unpredictable traffic snarls haunt the metropolis. To alleviate road traffic, vehicle over- and underpasses were built, followed by a mass rail transport system in 2000. 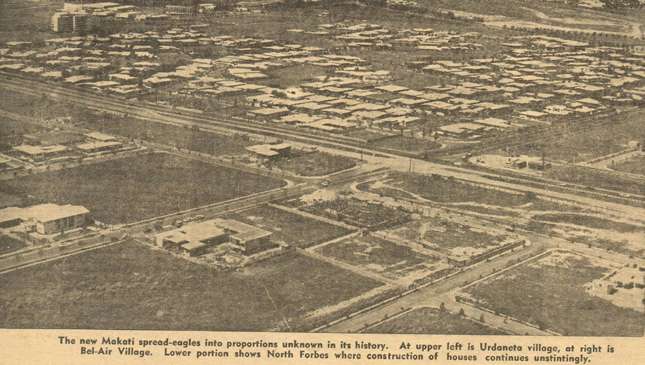 The main problem was that local city governments did not reveal and coordinate their master plans with neighboring cities. In short, local government officials went on their own to grant permits for malls and other establishments to be built in their cities. Zoning restrictions were revised and building height restrictions were waived for monstrous skyscrapers.

What's more, correct urban planning was set aside to accommodate real estate developers and commercial property owners. This brought about the end of inter-city planning. Officials and businessmen, including city engineers, closed their eyes to try to forget the correlation between street capacity, population and vehicle density. It is now more difficult to correct the mistakes, which includes the perennial flooding everywhere.

Sad to say, other provinces are also doing the same thing—establishing large-scale commercial establishments in very close proximity to main roads or highways. This is a precursor to another traffic build-up in the making. In the end, the daily earners and commuters are the victims who suffer. 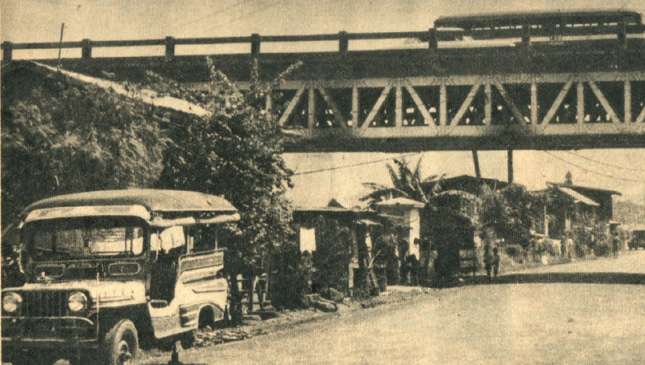 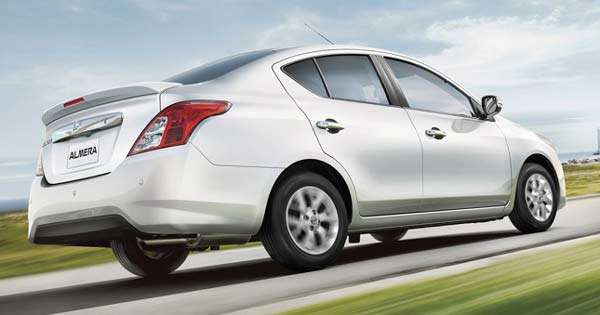 10 cars you can buy for more or less P13,000 per month
View other articles about:
Read the Story →
This article originally appeared on Topgear.com. Minor edits have been made by the TopGear.com.ph editors.
Share:
Retake this Poll
Quiz Results
Share:
Take this Quiz Again
TGP Rating:
/20