On August 21, 1983, Sen. Benigno \"Ninoy\" Aquino Jr. died from a fatal gunshot wound he sustained after disembarking from the commercial aircraft that had flown him home from his US exile. It is universally believed that he ultimately expired while profusely bleeding inside the Aviation Security Command (AVSECOM) van that had been sent to fetch and secure him upon his arrival.

That blue AVSECOM van is now forever seared in our national consciousness, alongside the sprawling airport tarmac, the lifeless Rolando Galman and the prostrate senator. It became the unofficial symbol of the many unsolved cases in this country, which government is widely suspected of having had a hand in.

The van was labeled \"805TH SOS,\" which stood for \"805th Special Operations Squadron\" of the AVSECOM. The van\'s driver was Senior Police Officer 4 Ruben Cantimbuhan, who swore in 2006 that he had seen Galman shoot Sen. Aquino. In a 2007 interview with Philippine Daily Inquirer, Catimbuhan said he couldn\'t understand why, after the dying senator had been loaded in the back of the van, his boss, Air Force captain Felipe Valerio, instructed him to drive to the Military Security Unit of the Philippine Army--where they only ended up wasting a good half hour--instead of directly to the Villamor Airbase hospital, which was closer to the airport anyway.

The AVSECOM van eventually disappeared from the public eye, never to be seen again until three years ago, in August 2010, when some influential people managed to track it down inside Villamor Airbase, decrepit and seemingly inconsequential to Philippine history. The photos below were taken during this \"rediscovery,\" and provided by Pastor \"Boy\" Saycon to Raissa Robles for the latter\'s August 20, 2012, blog entry.

We will probably never know what really happened, but this AVSECOM van witnessed it all, from beginning to end. If only it could tell its story. 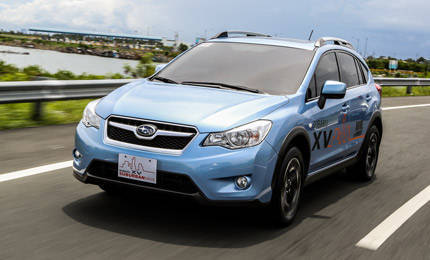 Taking Philippine history lessons with the Subaru XV
View other articles about:
Read the Story →
This article originally appeared on Topgear.com. Minor edits have been made by the TopGear.com.ph editors.
Share:
Retake this Poll
Quiz Results
Share:
Take this Quiz Again
TGP Rating:
/20