Following in the footsteps of Sean Connery’s James Bond was never going to be easy, but Roger Moore managed to do it with a style that was uniquely his own. From 1973 to 1985, Moore played the suave secret agent for an entire generation of moviegoers. Where Connery was brusque and rugged, Moore was sophisticated and ever-ready with a sharp quip. He was a hero off-screen, too. He considered his humanitarian work with UNICEF to be his greatest achievement.

Aside from beautiful women, martinis, and fancy cars, the Bond franchise is also known for pushing the envelopes of film production. In this film, Bond drives an AMC Hornet across a broken wooden bridge. Naturally, the car doesn’t just leap in the air—it does a full 360-degree roll before landing. Note that this was pre-CGI, and even today it’s still one of the most impressive driving stunts ever done for a major motion picture.

This British sports car is perhaps the most memorable Moore-era Bond vehicle. Aside from its suave design and bullet-dodging abilities, Moore’s Esprit had a neat party trick: You could drive it into the ocean and convert it into a submarine, complete with torpedoes to shoot at your enemies. It was Bond escapism at its finest, and Moore even managed a pick-up line while underwater. Nobody did it quite the way you did, Sir Roger.

Bond actually had a Lotus Esprit Turbo earlier in the film, but after a henchman unwittingly ignited its self-destruct feature, our hero is forced to flee in his soon-to-be love interest’s Citroen 2CV. It might not look like much, but this little economy car was good enough to evade the baddies and survive being flipped several times.

Yes, James Bond actually rode a tuk-tuk (in a tuxedo, no less). But this was no ordinary three-wheeler: It was equipped with a powerful engine that allowed it to go fast and pop wheelies. While on the tuk-tuk, Bond battled the villains with his fists while pro tennis player Vijay Amritraj fought them off with a tennis racket. It’s ridiculous, but it’s damn fun to watch.

Once again clad in a sharp tuxedo, Bond steals a Renault 11 taxi and drives it across Paris in pursuit of henchwoman May Day on parachute. Along the way, the car gets cut in half, and then into even less, but it doesn’t slow Bond down one bit. 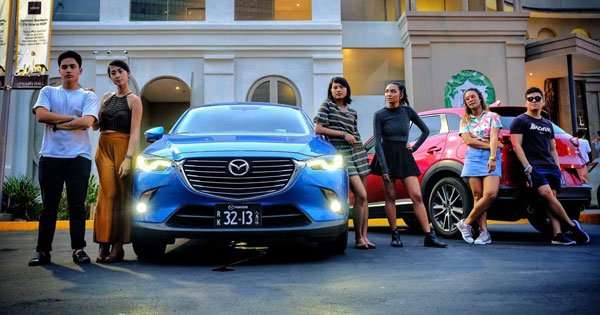 15 images: The Ransom Collective's debut album launch
View other articles about:
Read the Story →
This article originally appeared on Topgear.com. Minor edits have been made by the TopGear.com.ph editors.
Share:
Retake this Poll
Quiz Results
Share:
Take this Quiz Again
TGP Rating:
/20