We're sure everybody is as excited as we are for the upcoming Star Wars sequel. After all, the seventh installment of the immensely popular galactic saga is only a little over a month away from hitting movie theaters. So we decided to do an unboxing video for the Sphero BB-8 app-enabled droid. Yes, we are all nerds here in the office.

Our online associate editor Dinzo Tabamo and online editorial assistant Drei Laurel had the opportunity to try out the new toy, and found that it's actually a lot more fun than it looks. The BB-8 is controlled via your smartphone and can roll around on command, responding to such phrases as "Run, BB-8!" or "It's a trap!" The beeping droid sounds give the impression that it's actually communicating with you, while the head is constantly looking around as if the toy actually has its own sense of direction. Pretty neat stuff.

Keep in mind that the BB-8 is more for adults than for kids. It's expensive and feels like it could break if it fell from a high enough surface. Also, getting the hang of controlling the droid via your phone isn't as easy as you would think. We ran into every obstacle during our first few attempts. Despite all the hiccups, the BB-8 is still an awesome toy to have.

The Sphero BB-8 is available at all Hobbes & Landes stores and also at Concept One (yes, the alloy-wheel shop). It retails for P12,500 apiece. The "real thing" will appear in the upcoming film Star Wars: The Force Awakens. In the meantime, watch our unboxing video. 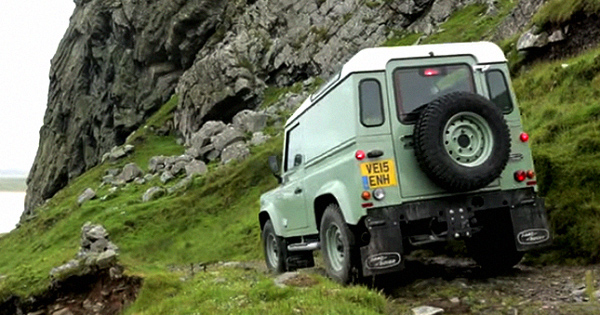 Video: How the term 'Land Rover' was coined
View other articles about:
Read the Story →
This article originally appeared on Topgear.com. Minor edits have been made by the TopGear.com.ph editors.
Share:
Retake this Poll
Quiz Results
Share:
Take this Quiz Again
TGP Rating:
/20