What\'s a #MOMOLready car for you?

Last Friday, August 30, Gillette Philippines launched its newest product, the Fusion ProGlide safety razor, by holding a mass-shaving event at the NBC Tent, where gruff-looking guys shaved their beards and were assisted by a handful of lovely models.

The highlight of the event, though, were the three lucky guys chosen to be shaven--or at least assisted--by FHM Philippines\' cover girls Ellen Adarna, Daiana Menezes and Jinri Park.

So, why is TopGear.com.ph concerned with an event like this? Well, Gillette Philippines promoted the event with the hashtag #MOMOLready, which, colloquially, is short for \"Make-Out, Make-Out Lang.\" Scattered around the venue were three vignettes that served as settings for some mini-games for the event guests after they got a shave.

One such vignette had a BMW Z4 from the German carmaker\'s official distributor, Asian Carmakers Corporation, serving as a backdrop. We were told that a Dodge Challenger from authorized distributor CATS Motors was supposed to join the Z4. Unfortunately, with Gillette Philippines\' event coinciding with CATS Motors\' Proven Exclusivity sale that weekend, where the Challenger was on display and on sale as well, the Z4 was by its lonesome with only a promo girl and a bouncer keeping it company.

Anyway, other than the BMW Z4 and the Dodge Challenger, what cars do you think can help enhance your #MOMOLready potential with the ladies? 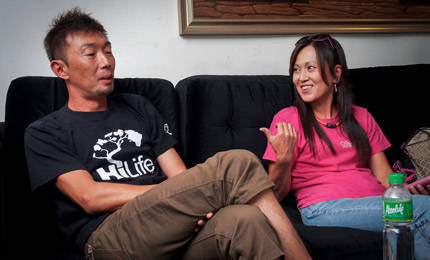 Kimihiro Obata, Hiromi Kajikuma: A match made in drifting heaven
View other articles about:
Read the Story →
This article originally appeared on Topgear.com. Minor edits have been made by the TopGear.com.ph editors.
Share:
Retake this Poll
Quiz Results
Share:
Take this Quiz Again
TGP Rating:
/20