Cars 3: Behind the scenes from Pixar's latest film 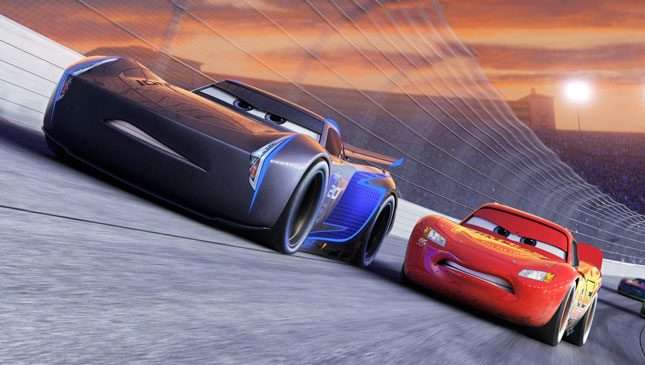 Cars 3 will be released in June, and if its creators are to be believed, Pixar’s latest will please both gearheads and Disney lovers alike. Top Gear spoke to the film’s creative director, Jay Ward, and its head of character design, Jay Shuster at the .

TG: Tell us what to expect from Cars 3.

Jay Ward: This film is a lot to me like the first film in terms of the emotional heart and connection. This is back to being a Lightning McQueen story. It’s back to being a hero’s journey. The gearheads loved Cars for the authenticity, but I think Pixar and families loved it because you get to know these characters. This is a film where you’re going to get to know these characters deeply again.

TG: Which new cars are in the film?

Jay Shuster: The standout is Jackson Storm. He’s McQueen’s primary competition. Basically like what we did for McQueen in the first film, design a car that sets itself apart from the other racers on the track.

We’ve done Storm to create something that completely contradicts McQueen’s form, his attitude, he’s digital, rather than analog, and his shape's jagged rather than flowing. Everything had to communicate his character about his opposition and basically, he’s the nemesis to McQueen.

Each character is its own puzzle. You’re working for years on these characters. Storm took a good year and a half of creation.

TG: It sounds like Storm is an electric car…

JW: No, Storm still has a V8. People expect V8 muscle from an American car. Part of my job is the authenticity, making sure we get those things right. I always think about the personality of that car. Obviously it’s loosely based on Nascar stock car racing, but we really push the boundaries to something more exciting and fun, to be honest.

When you flip these cars under, there’ll be live axle, solid axle, independent suspension… we put all that in there even though you don’t see it. So when the animation team is actually animating them, we can make a character move tightly on its suspension, or loose and sloppy for an old car. We build all that in.

TG: Do you put other Easter eggs in the films to satisfy car nerds?

JW: I try to find influential people that I love in the car world and emulate them somehow. There are so many great stories, as you know, that the truth is always more interesting than making it up. Sometimes you’ll read a story about something that’s really influential and we try to personify that in a vehicle.

For instance, Sarge, the World War Two Jeep, from Cars. The story of the Willys Jeep is amazing. Here was this little strange utility vehicle that was so well-built, so simple and so well engineered that the Germans and the enemies would try to get them, to have them for their own. Their cars would get stuck in the mud and the Jeep would keep going. That became Sarge. 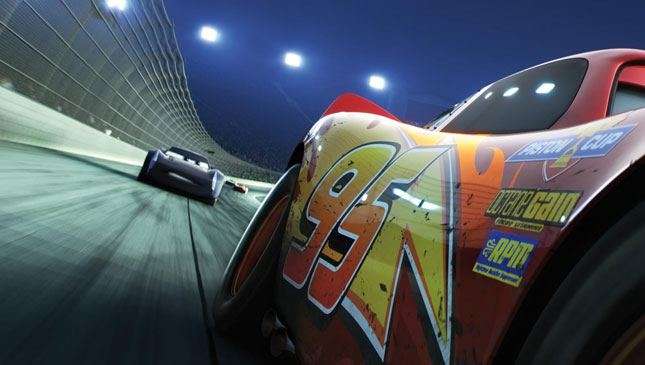 TG: Do you take influences from production cars for your in-house designs?

JW: We look at iconic designs, classic car designs we love, at the greenhouse or the proportions or whatever, and say, “How do we enhance it?” If those designers could have had a blank sheet of paper, where would they take that? You’ll see some cars in the film where you go, ‘I see what they were looking at there.’

TG: We’ve all doodled cars idly on our school books. Is doing it for a living the best job in the world?

JS: It is! For a year and a half, it’s all story. We’re working on a lot of cars at the same time, but this is my focus. Drawing day after day. Turning a design around in space, getting it in clay and massaging the shapes. It’ll take a good two years to get one of the characters made.

JW: It is not unlike the real car design process. It is almost the same, the amount of labor we go through between sketch and clay and overlay and then in the computer. It’s the same labor.

TG: How did you end up as Cars’ designer?

JS: I grew up here in Detroit, steeped in the culture. My dad was a designer. I moved out to California because I wanted to work on Star Wars. I got that out of my system, and went to school for industrial design and automotive design, and then got my first gig at Pixar, which was the original Cars.

After Cars, I worked on Wall-E, Toy Story 3, and a number of shorts, before Cars 2, and now Cars 3. It’s been super fun. Every day is something new, even on a project this size, you’re working on something new every day.

TG: Is it a pressuring job? Or are you left to get on with it?

JW: It is a creative process but we have to manage the creative process because there is a date. What happens is you have a date the film is going to come out and you go backwards from that and go, right, it’s coming out June of 2017, we’re here in whatever year you are, we’ve got to have this many sequences by this date.

It gets tougher as you go and then it does become more condensed near the end. The early days are a bit more fun. You’re kind of exploring, you’re doing research trips, and that all goes away. Then it’s, okay, we really...let’s get cracking and you have to really get to it.

Unlike a live action film, we don’t get anything for free. If you and I were shooting a car film, I’d set a camera up on the street and the vehicle drives by, we get the buildings, the ground, the time of day for free. Here, we get none of that. 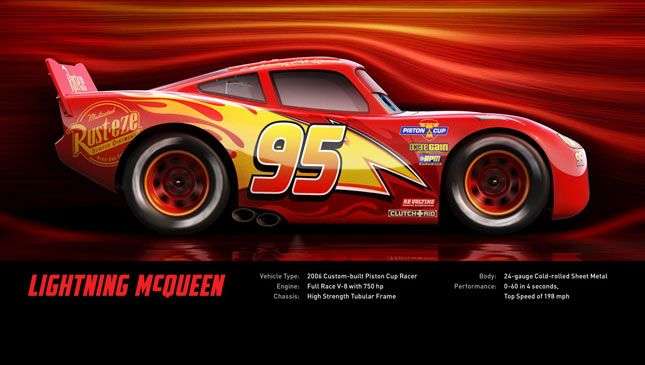 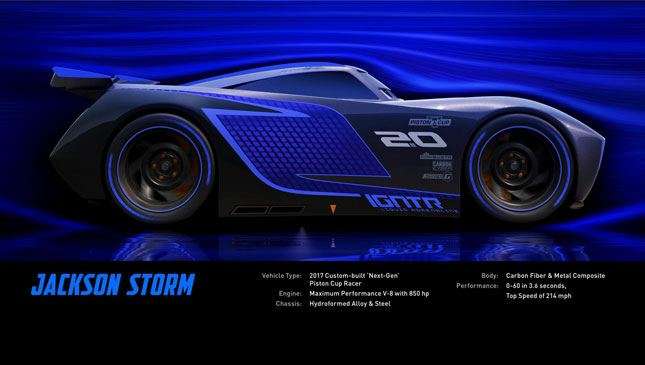 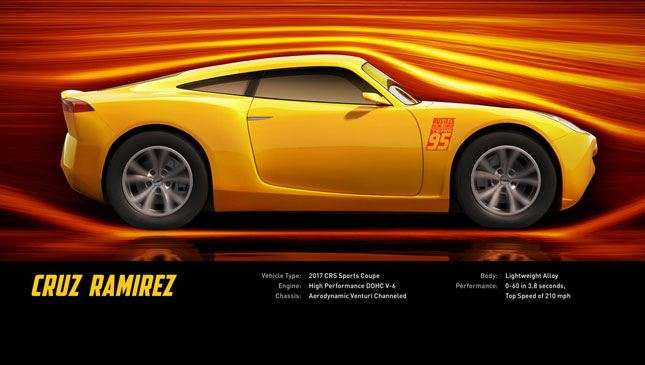 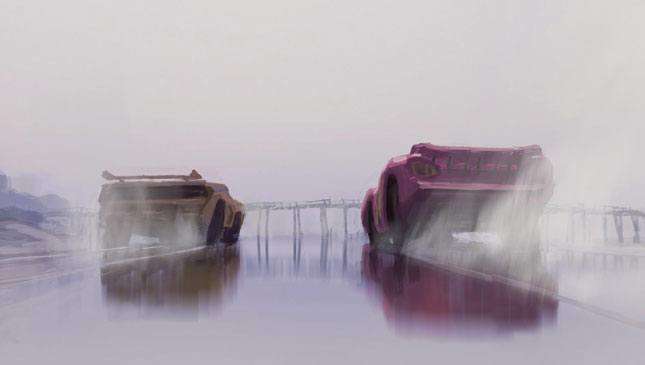 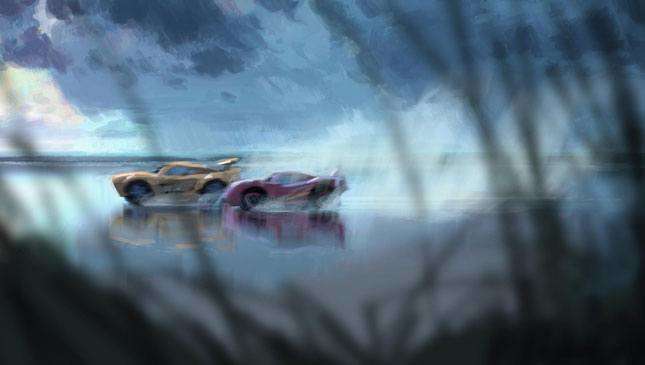 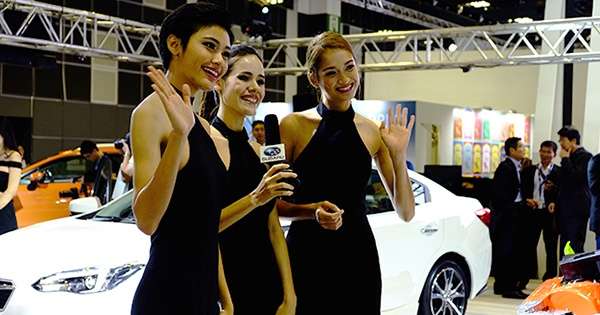 10 images: The classy girls of the 2017 Singapore Motorshow
View other articles about:
Read the Story →
This article originally appeared on Topgear.com. Minor edits have been made by the TopGear.com.ph editors.
Share:
Retake this Poll
Quiz Results
Share:
Take this Quiz Again
TGP Rating:
/20