How two twin brothers ended up being named after Rolls-Royce

An amusing anecdote
May 5, 2012
CAR BRANDS IN THIS ARTICLE 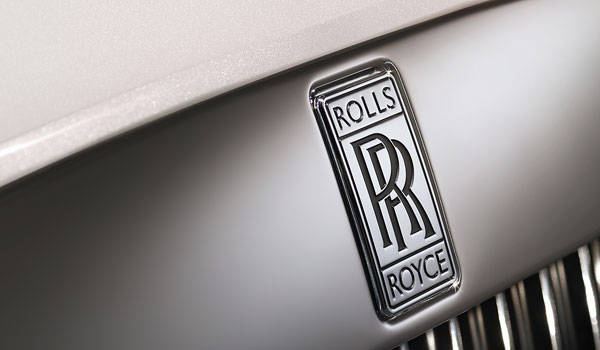 Naming a baby--a living, human baby--is never easy. Some couples even buy books or consult experts just to pick a name for a coming child. Which makes sense, if you think about it, considering how a name is permanent and will be carried by an offspring for the rest of his/her life. In fact, Top Gear Philippines reader Dinn Guipo and his wife Renee even asked TGP editor-in-chief Vernon B. Sarne to provide a name for their daughter.

When Manny and Rose Ng (from the family that owns Don Henrico's restaurant) started having kids a few decades ago, they agreed to a baby-naming system devised with their siblings. That is, to name every child in the clan in alphabetical order. The couple and their brothers/sisters were prolific. They produced quite a sizable brood, and had little trouble naming the babies since they at least had a system in place.

And then Manny and Rose gave birth to twin boys 30 years ago. Do they also name the twins in alphabetical order, or do they give the boys names that start with the same letter since they're twins anyway?

"When my twin brothers arrived, letter 'R' was up," Heidi Ng told TopGear.com.ph. Heidi, a newspaper columnist, is the daughter of Manny and Rose. "When it was determined that they would be christened with names both starting with 'R', my uncles suggested Rolls and Royce. It was sort of a joke at first, but they stuck with it."

"They're really just known as Rolls and Royce," said Heidi. "They hardly ever use their second names."

Do the twin brothers dream of someday buying a Rolls-Royce?

"Yes, actually," revealed their sister. "They like the Rolls-Royce Phantom."

10 most audacious Chinese-made knockoffs
View other articles about:
Recommended Videos
Read the Story →
This article originally appeared on Topgear.com. Minor edits have been made by the TopGear.com.ph editors.
Share:
Retake this Poll
Quiz Results
Share:
Take this Quiz Again
TGP Rating:
/20