Almost three decades ago, what we thought was another episode of Transformers—albeit movie-length—turned out to be a quasi-seminal event in our childhood. On August 8, 1986, 30 years and one day ago, The Transformers: The Movie was released in US cinemas.

After years of watching American cartoons where He-Man, G.I. Joes and Transformers just toss each other around with no consequences, we suddenly witnessed the demise of major characters we’re attached to. In the first few minutes, we saw our favorite Autobots killed, culminating in the death of Optimus Prime. We pleaded with our parents to buy these toys!

On the studio’s side, it was all about the toys. Hasbro felt that all those who could buy Transformers robots had already purchased them, and so a fresh line was needed to reinvigorate sales. The solution: clear out the existing line and bring in new characters. This resulted in a movie that was darker than what grade schoolers like me were accustomed to.

The movie also featured voices that you didn’t expect to hear in an 85-minute toy commercial. Orson Welles, Leonard Nimoy and Judd Nelson all lent their vocal talents to this movie, giving the film a bit of science fiction and pop culture credibility. In fact, Transformers: The Movie is a footnote in cinema history as the last project that Welles ever worked on before his passing.

Today, a new generation knows Transformers as the complex robots that piss and make jokes in Michael Bay’s live-action abominations flicks. But we will always remember the 1986 animation fondly. Just hearing Stan Bush's “The Touch” and remembering Optimus Prime’s charge in the opening scenes brings back our childhood.

Shout! Factory released a remastered 4K version in DVD and Blu-ray recently. This video will definitely have a spot in our collection. 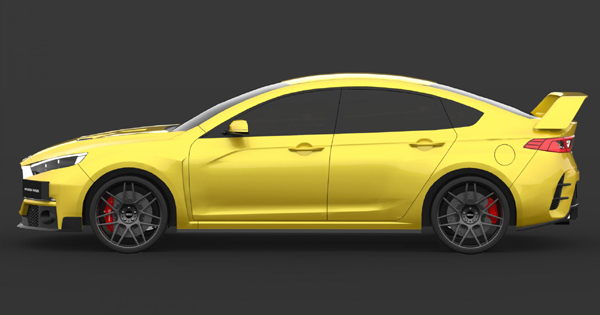 Should this car be the Mitsubishi Lancer Evo XI?
View other articles about:
Read the Story →
This article originally appeared on Topgear.com. Minor edits have been made by the TopGear.com.ph editors.
Share:
Retake this Poll
Quiz Results
Share:
Take this Quiz Again
TGP Rating:
/20