DISCLAIMER: If you can call for a tow truck or roadside assistance, do so. Because performing any of the techniques described herein without proper practice is a great way to ruin your gearbox. You have been warned.

Let’s say you’re out in the middle of nowhere, and the clutch on your manual transmission car, for one reason or another, doesn’t work. How do you get to the nearest talyer without a working clutch pedal? Well, if your problem is a terminally sliding clutch, you can’t. That’s it, pancit. Game over. Shame on you. Once that clutch started sliding, you should have fixed it A.S.A.P. But if it’s a clutch master issue, a broken clutch cable or a stuck release bearing or cable, there is hope. That last one happened to me once during a flood. After which I was stuck driving a diesel truck sans clutch for a week until the cable finally came unstuck. How did I do that, you ask?

You may notice that it’s easier or harder to select gears depending on road speed and engine speed. This is because the ‘dogs’ have to slow down or speed up the gears to match the speed of the input and output shafts. Even with the clutch fully depressed, there will still be resistance if the speed difference is too great. Over time, you learn to match those speeds by ‘blipping’ the gas pedal to raise engine speed or ‘lifting’ to lower it to make gear selection easier.

What does this have to do with clutchless shifting? Well, the same techniques apply here.

First, get the car moving by getting it in gear. Get it into a position where you have a clear road ahead of you. Drive it on the starter motor—kadyot style—if you have to, or push it if you can.

If you can’t select a gear while the car is on, turn it off. Select first gear. Start the car. As the car lurches forward, get on the gas pedal to keep the engine from dying and you’re off. If you can’t select a gear, with the car, off, then you’ll have to try and ‘bump’ it into gear with the car already on. With the car in neutral and idling, push the gear selector towards first with even pressure and try to get the car to ‘creep’ forward. You may need to give it a little gas to keep the engine from dying. Once it’s moving fast enough, you’ll be able to slot it fully into first. This method is a sure way to wreck synchronizers, thin fragile brass rings that help ensure smooth dog engagement, so DON’T do this at all if you can avoid it!

Once the car is moving, things become infinitely easier. Drive as normal, and at 2,500 to 3,000rpm in first gear, lift off the gas pedal slightly—taking pressure off the dog—and pull the shifter into neutral. Quickly and smoothly guide the stick into second gear while the engine revs fall. You’ll find some resistance while the revs are still high, then the stick—and the dog that engages second gear—will slot in once engine speed matches road speed. Do this too roughly and you’ll feel the synchros grinding. Firmly but gently is the key. If you miss the sweet spot, ‘blip’ the pedal and try again. Going from second to third is much the same, all the way up to top gear.

Downshifting is a bit trickier. As you slow down, you have to blip the gas a bit then let go to shift into neutral. Once there, give the pedal a firmer shove to raise the rpm, while sliding the shifter into the next gate down. Be careful! It’s easier to grind synchronizers going down! A gentler method is to rev past the expected shift rpm, lift off, and shift into gear as the rpms fall.

If you have to come to a complete stop, shift into neutral and prepare to do the starting sequence all over again. If you’re lucky, you’re coming to a stop because you’re back in civilization and can have your car fixed. Which, honestly, you should do, rather than banging around in a broken car, putting unnecessary wear on your synchros and setting yourself up for an early gearbox rebuild. I did that, but I was driving a diesel with a non-sychro gearbox and more mileage on it than Enrile’s political career. Besides which, I’m extremely stupid. Are you?

If you must, practice these clutchless shifting techniques on an empty road or lot, because learning on the fly in a broken car is no piece of cake. Needless to say, this is dangerous to do in hilly areas and in traffic. But in an emergency, with a manual car and no other options available to you, it’s a useful skill to have.

If you have an automatic car that won’t select a gear, and there’s no cell service to call for a tow, however, I hope you enjoy walking. 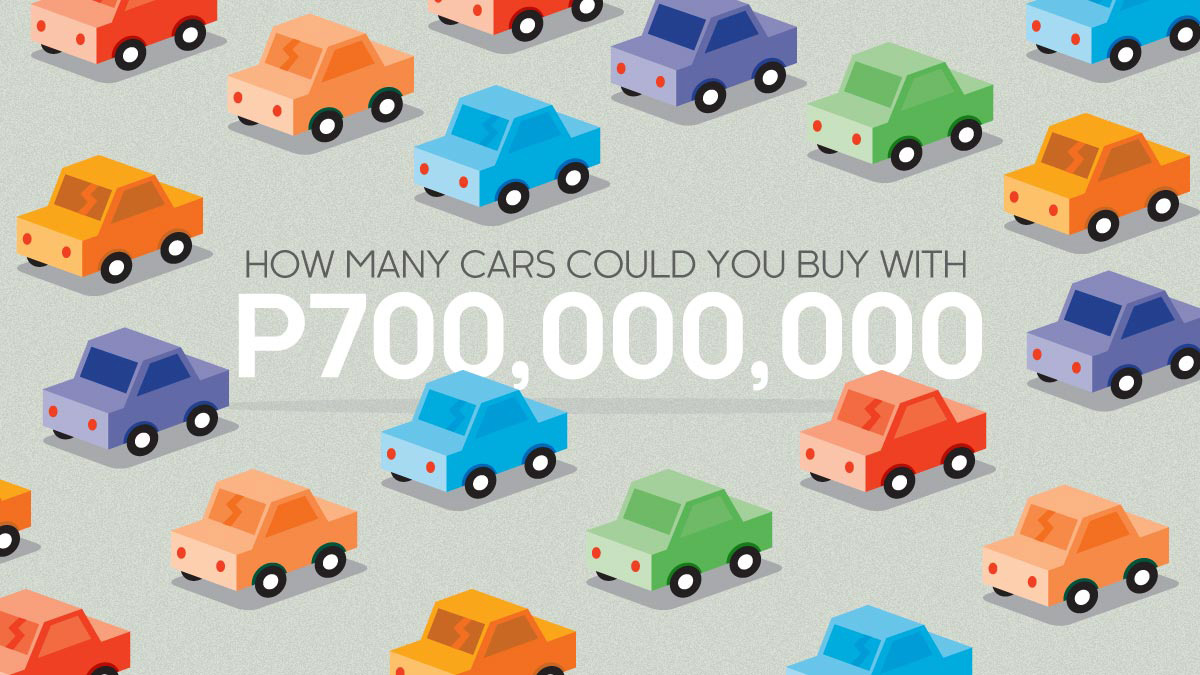 How many cars can you buy with the P700 million lotto jackpot?
View other articles about:
Read the Story →
This article originally appeared on Topgear.com. Minor edits have been made by the TopGear.com.ph editors.
Share:
Retake this Poll
Quiz Results
Share:
Take this Quiz Again
TGP Rating:
/20