10 Things riders must know when traveling via RORO

For those joining the National Motorcycle Convention in Iloilo on April 5-6
by Aris Ilagan | Mar 21, 2019

Are you ready for the 2019 National Motorcycle Convention happening from April 5 to 6 at the Iloilo Convention Center?

At least 2,500 big bikers from the different parts of the country are expected to show up in this grand motorcycle gathering hosted by the Iloilo Motorcycle Club, considered the oldest bike club in the Philippines. Aside from preparing your iron horses, we’re pretty sure you’re also concerned about your hotel billeting and, of course, the RORO (roll-on/roll-off system) schedules on the lead-up to the event.

Ask some riders and they’ll likely say they’d rather stay home than load their P1-million adventure bikes onto a 50-year-old RORO vessel with stinky toilets, crappy restaurants, and thinly padded seats and beds. They’ll probably tell you, too, that the crew is discourteous and unprofessional.

With about two weeks before the convention, we boarded the FastCat M5 to experience firsthand taking the Batangas–Calapan–Batangas route and share tips on how to ensure an enjoyable RORO journey. Here are the things you need to remember: 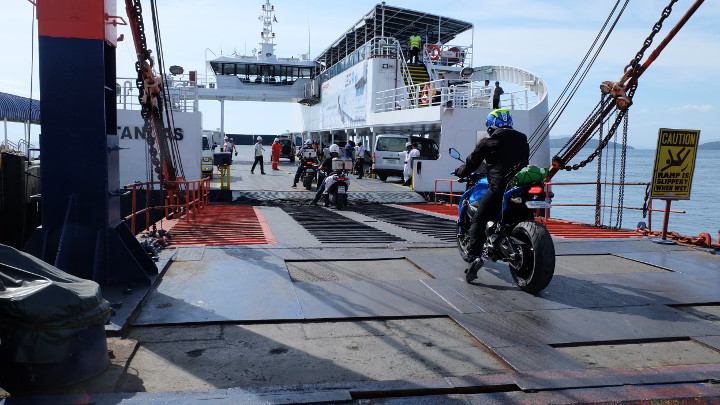 The RORO vessel will not wait for you as it has a schedule to follow. It’s better to arrive early at the preloading area with your motorbike so that you’ll not end up at the back end of the long line of vehicles.

2) Everything has its place. 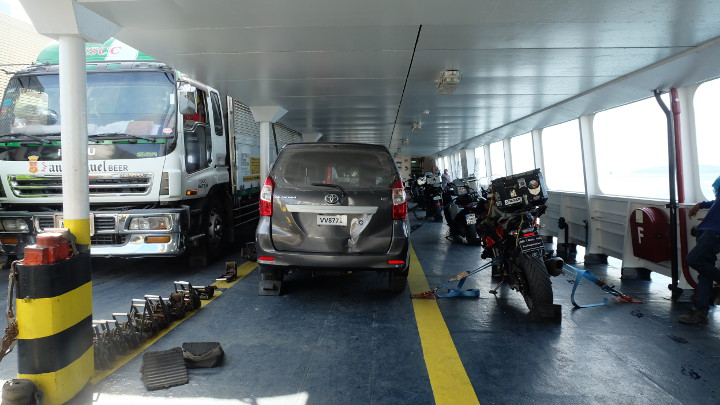 Do not fear that your motorbike might end up being crushed in case a huge vehicle falls on its side after a strong wave rocks the vessel. For purposes of balancing the watercraft, light vehicles and motorbikes are tied down at either the extreme left or right side of the loading area. Big trucks and passenger buses are parked in between the small cars.

3) No need to bring ropes and tire chocks. 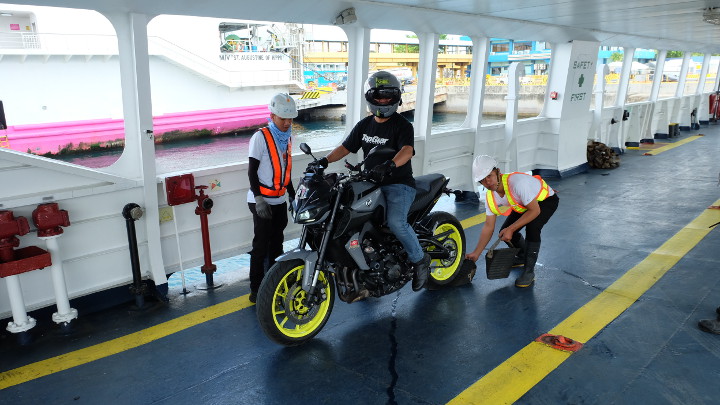 FastCat vessels are equipped with heavy-duty rope for tying down motorbikes and other vehicles. They also have sturdy tire chocks made of solid rubber to prevent a motorbike from moving from its original position. Instead of worrying about these items, load up your saddle bags with potato chips and cans of soda instead.

4) Just sit back and relax. 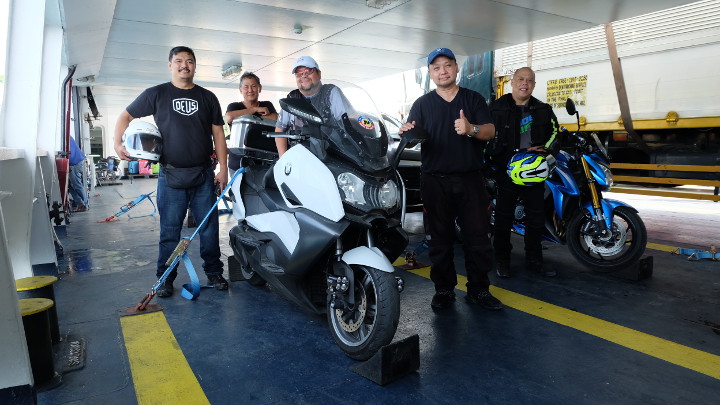 There’s no need for the rider to get involved in tying down his motorbike because the FastCat crew members are professionally trained to perform such tasks. Head straight to the air-conditioned cabins to escape the excruciating summer heat. 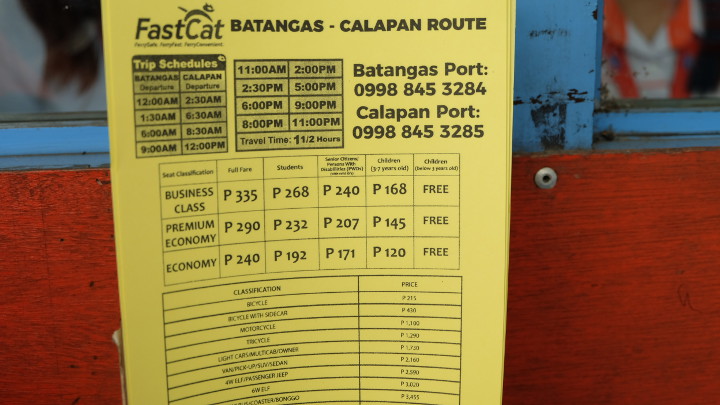 Just to give you an example, the RORO fee for light vehicles from Batangas to Calapan Port in Mindoro is P1,730, which is P630 more expensive than the P1,100 fee for motorcycles.

6) There are freebies, too. 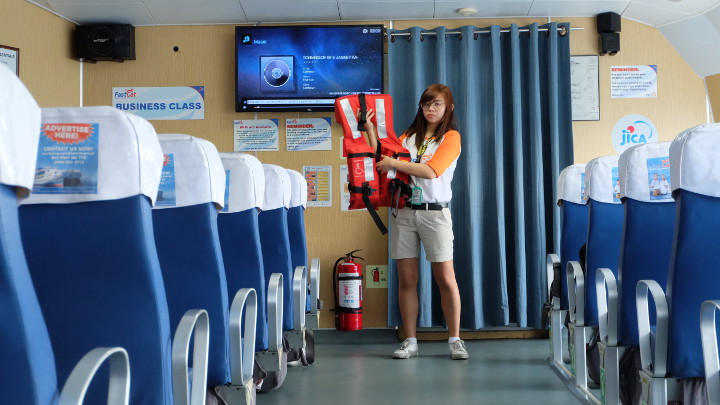 One occupant of a vehicle or the rider of a motorcycle gets a free ticket upon paying the RORO fee. The other passengers have to pay for their seats in the cabin. 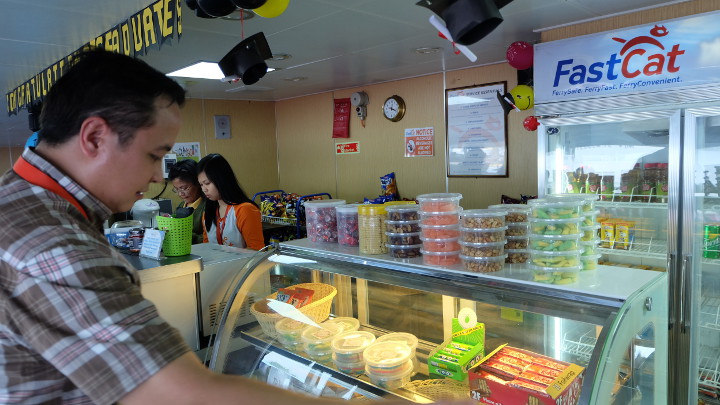 For safety reasons, riders are not allowed to sit on their bikes in the cargo area throughout the RORO journey. The same rule applies to drivers of four-wheeled vehicles.

8) Do not let paranoia prevail. 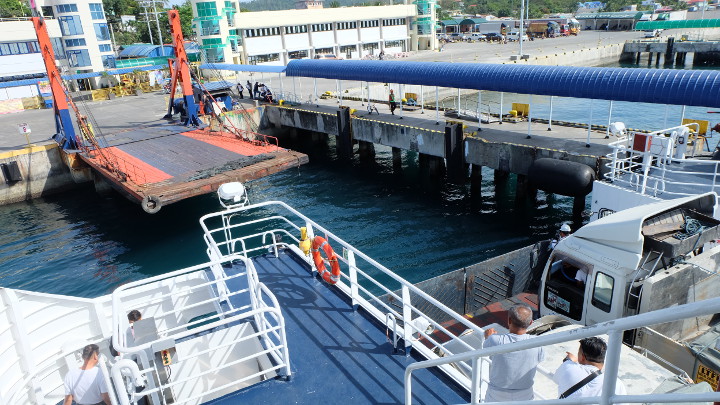 Stop worrying about your bike ending up at the bottom of the sea when strong waves rock the watercraft. Trust the P25-million high-tech lifter that safely links the FastCat vessel to the concrete wharf. FastCat is the only RORO company that has invested heavily in this kind of equipment.

9) Make sure your documents are complete. 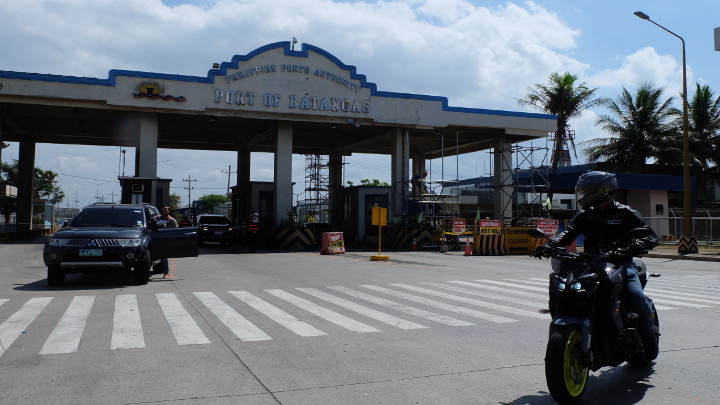 The process of paying the arrastre (port fee) and obtaining vehicle clearance is fast and easy. Just be prepared with your documents (vehicle registration) and payment before you arrive at the port area.

10) Reservations can be done online. 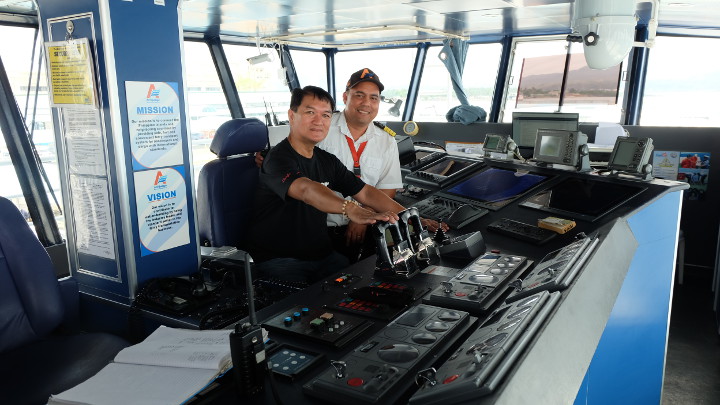 It always pays to be an early bird. Make your reservations early to avoid long lines for the payment of arrastre and RORO services through FastCat’s online system.

Moreover, Antony Paul Calado, FastCat’s assistant vice president for sales and business development, is coming up with better ideas for pampering bikers. This includes having bike covers to keep motorcycles from getting wet during particularly choppy rides.

Once the vacation season starts on the first week of April, expect the RORO vessels to be filled up to the brim of vacationers with their vehicles.

Each FastCat vessel can easily accommodate 300 motorcycles per journey, says port officer Leon Faytaren III. Well, based on past experience, the annual motorcycle convention attracts at least 3,000 big bikers from different parts of the country. To entice more riders for this year’s event, the company is offering a 30% discount to participants.

See you in Iloilo! 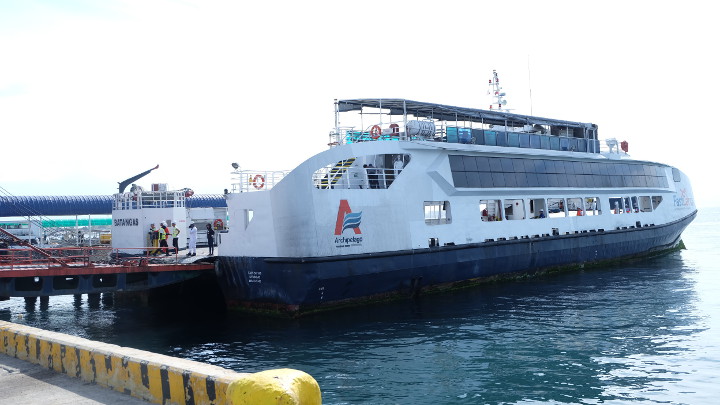 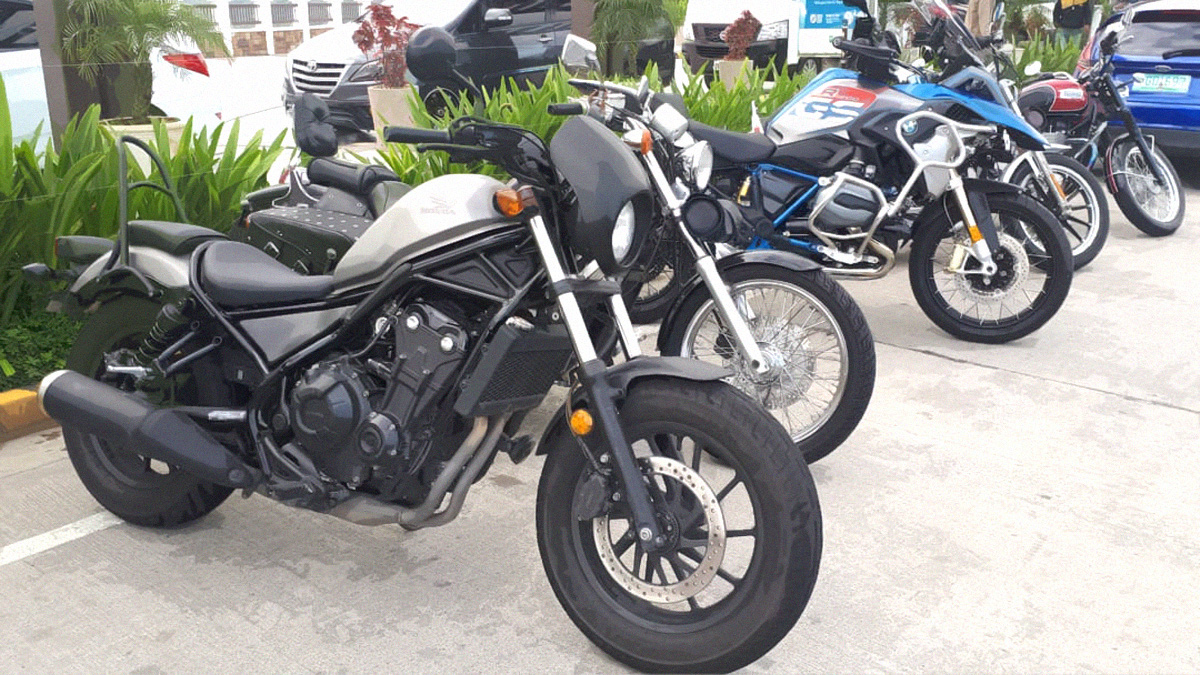 LTO open to decals, RFID instead of front metal plates for motorbikes
View other articles about:
Read the Story →
This article originally appeared on Topgear.com. Minor edits have been made by the TopGear.com.ph editors.
Share:
Retake this Poll
Quiz Results
Share:
Take this Quiz Again
TGP Rating:
/20