Safe lane-splitting tips Pinoy riders can learn from the US

Plus a couple of pointers specifically for local riding conditions
by Aris Ilagan | Feb 28, 2020

The Metropolitan Manila Development Authority (MMDA) has made it clear that lane splitting—or riding in between rows of vehicles traveling in the same direction—is illegal, based on data that it’s one of the major causes of accidents on our roads.

But honestly, tell us: Do you see lane-splitting riders being apprehended? Not really, right? And it’s largely because of this that something illegal becomes normal.

In California, lane splitting—otherwise known as lane sharing—was declared legal in 2017, based on studies showing that it’s a safe way for motorcyclists and other road users to share public roads and tollways. State law, however, specifies that lane splitting may be done only in gridlock or when traffic is moving slowly.

“Motorcycle safety studies have said that lane splitting, though unnerving to some drivers and apprentice motorcyclists, is safer than not splitting when done intelligently—principally because it reduces the risk of a rider being hit from behind while stopped in freeway traffic,” according to a feature by the Los Angeles Times.

1) “Consider the total environment when you are lane splitting.”

“This includes the width of lanes, the size of surrounding vehicles, as well as current roadway, weather, and lighting conditions.”

A speed differential is the difference between your speed as you ride your bike and the speed of the other vehicles around you.

4) “It is typically safer to split between the far left lanes than between the other lanes of traffic.”

This follows the same principle as the ‘no overtaking on the right lane’ policy.

Always remember that these giant transporters have lots of blind spots.

6) “Riding on the shoulder is illegal; it is not considered lane-splitting.”

For Pete’s sake, please memorize this.

7) “Be visible—avoid remaining in the blind spots of other vehicles or lingering between vehicles.”

It is also important you can see the rear- and side-view mirrors of the vehicle in front or beside him to make sure that you’re visible to the driver of the vehicle.

If you’re into black riding leathers and accessories, that’s fine, but see to it that your gear features bright and reflective accents that will make you easy to spot on the road, especially at night.

Of course, we need some tips specifically for Philippine riding conditions. Here are additional tips from Moto Sapiens:

If you have any other suggestions, we will be more than glad to hear from you. Hit us up in the comments section. 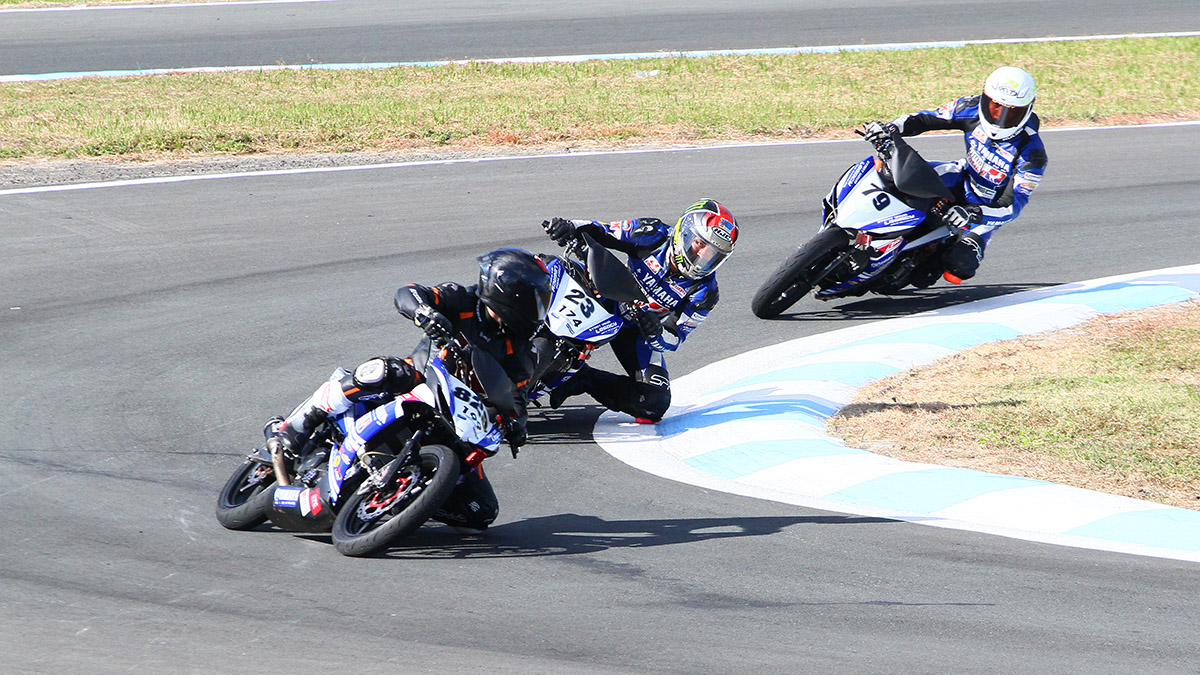 The final Yamaha Grand Prix was an event to remember
View other articles about:
Recommended Videos
Read the Story →
This article originally appeared on Topgear.com. Minor edits have been made by the TopGear.com.ph editors.
Share:
Retake this Poll
Quiz Results
Share:
Take this Quiz Again
TGP Rating:
/20