6 Reasons why your partner said yes to a motorcycle

Here’s a reason for fathers to smile on the special day when the entire world honors the head of the family.

A few weeks ago, we published an article about why wives might say no to buying a motorcycle. That was just a fragment, of a multi-faceted story. Wives and partners are not necessarily the default enemies of male hobbies, whether it’s motorcycling or devouring monster burgers under five minutes.

Thinking of owning a motorbike? Here are six reasons why your wife is already at the dealership, waiting for you to sign on the dotted line.

1) You wore down her defenses.

She’s done with the PowerPoint presentations, bedside discussions, and non-stop bargaining. She no longer sees the harm in you owning a motorcycle, but she’s also not 100% sold on it. In the end you’re still getting the bike. Success!

2) A motorcycle is more affordable than a car.

Expenses and inflation are constantly increasing while your hard-earned money swirls down the drain. You still have to get on with your life, though, and that means going places. For a fraction of the price of a new car, you can get an affordable commuter that you can rely on for years with proper maintenance. Ever the bargain hunter, your wife is aware of the huge savings—on the clock and on your joint accounts—and might have already scouted for the models that give the best value for your peso.

Our country is now home to more than 100 million people. Most of them live in or near major cities like Manila, Cebu, and Davao. More people means more movement, road users, and traffic jams. With a motorcycle, dense traffic is the inconvenience of a few minutes, not the ordeal of a few hours. Logistical nightmares? *Poof* Gone.

If this is your case, you’ve hit the jackpot. You don’t have to justify bike expenses, because she’s right there with you. She weighs in on the bikes you want and sensibly argues the pros and cons of each model. Having a wife who digs motorcycles also means you get to spend time together on two wheels. That’s hitting two birds with one stone.

5) Your wife wants your current bike for herself.

Has she taken the bike out for more rides than you have? Offered to drive while you ride pillion? She’s definitely having a blast with your bike and loves it just as much (or more) than you do. The next time the conversation steers toward new bikes, look her in the eye and casually mention that so-and-so is selling such-and-such bike at a shut-up-and-take-my-money price. Did you see sparkles?

6) She discovers that riding calms you.

Riding motorcycles demands concentration. You have to be highly aware of the moment and exercise full presence of mind. Anticipating changes and predicting what might happen can be a full-time job, until it’s not. Suddenly, the road clears, and so does your mind. You relax, let muscle control take over, and ride the wave of peace. It’s a therapy session, minus armchairs and a shrink. At home you’re more relaxed and patient, and she sees it. Everybody wins. 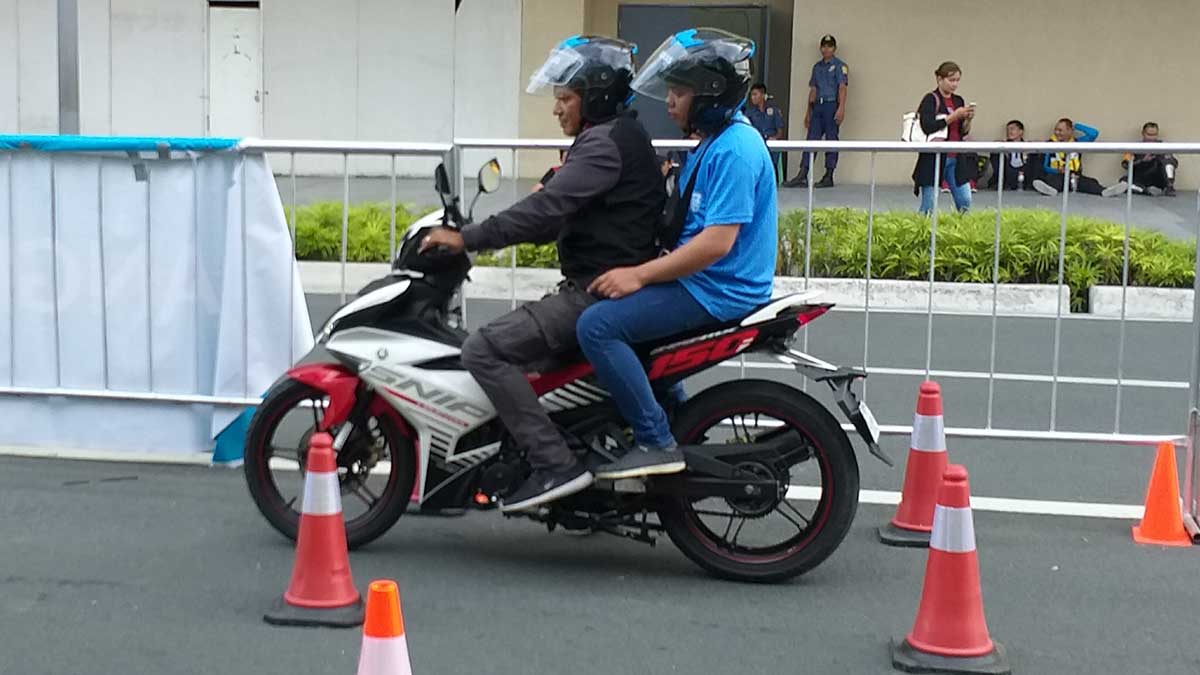 Angkas riders are now required to conduct safety briefings for passengers
View other articles about:
Read the Story →
This article originally appeared on Topgear.com. Minor edits have been made by the TopGear.com.ph editors.
Share:
Retake this Poll
Quiz Results
Share:
Take this Quiz Again
TGP Rating:
/20