The brand’s way of sparking a sense of community among owners
by Agnes Uzochika Aja | Dec 11, 2019

Before plates of Filipino breakfast were served and emptied, 300 Kymco riders from 11 Metro Manila clubs met up at Shell Pugon at 5am. It was Kymco’s first and last unity ride for the year: a 40km climb up the twists of Marilaque Highway through crisp air and early morning fog. 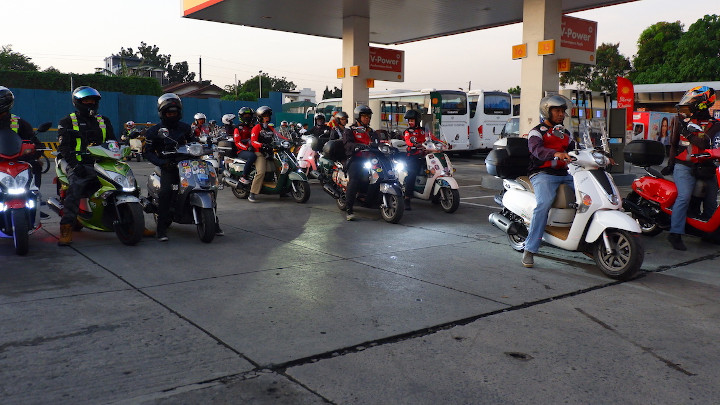 The sponsored breakfast ride was Kymco’s way of sparking a sense of community among Kymco owners, while sneaking in some reminders about safety. The Highway Patrol Group (HPG) led the ride in an orderly formation, and during the program, HPG Colonel Ricardo Espiritu spoke on the importance of road safety for riders, who have the highest rate of accidents among motorists and are also the most vulnerable.

This still being a breakfast ride, Kymco wanted to keep the mood light and the good vibes rolling. They handed the program over to the field experts: media personalities Ramon Bautista and Michael Bucu. High jinks and entertainment naturally followed. 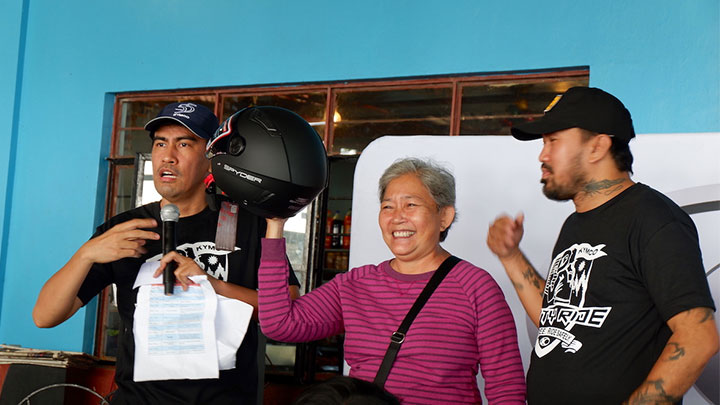 As gatekeepers of the morning’s giveaways—helmets, jackets, pouches, keychains, breakfast coupons, and so on—the veteran hosts lifted and sustained the crowd’s energy through a series of trivia. When was Kymco established? “1963,” someone guesses, quickly earning a belt pouch. Who’s the oldest Kymco rider present today? Four elderly men step up, each furnishing senior cards and ID. The oldest is 67, his seniority bagging him a Spyder helmet.

The energy loop formed a perfect circle, with the crowd reacting riotously at the hosts’ wisecracks and banter, and the hosts feeding off their enthusiasm. The program flowed seamlessly, jumping from trivia to prize raffles to a FlipTop battle between three club representatives who surprised the crowd with their talent for rhymes. The undisputed crowd favorite brought home a new SEC dual-sport helmet, while the contenders came away with Kymco jackets. 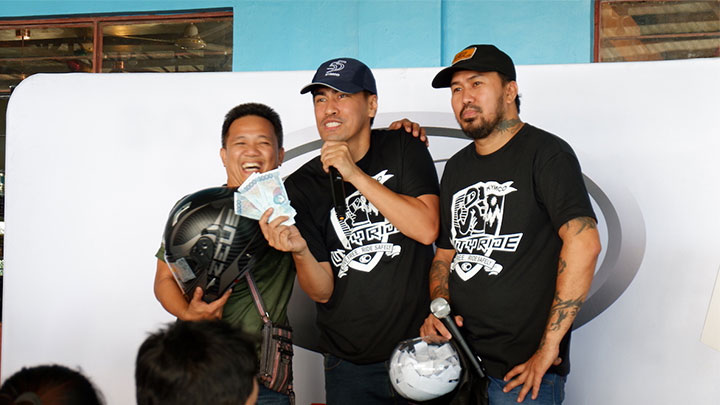 The program took an amusing turn when the grand prize, a carbon Zeus full-face helmet, was raffled off. Prize envy ensued and the crowd started calling out bids. Seizing the moment with Kymco’s approval, the hosts slipped into their new roles as auctioneers, prompting to the crowd to meet the asking price of P4,000. It was agreed on the spot to use the cash proceeds from the bid to fund another four rounds of cash prize raffles.

An opportunistic rider quickly produced cash. After all, it was a win-win. The rider got a great deal for a new helmet (which retails for P6,800), and the crowd got more chances to play. Excited conversation and laughter filled the open-air dining hall as the event wrapped up. 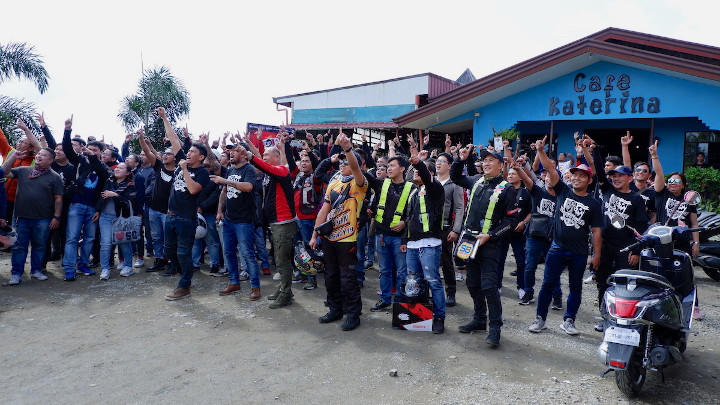 To commemorate the sense of unity, Kymco took a group photo by drone. If this becomes Kymco’s regular interpretation of fun and fellowship, it won’t be hard to imagine overwhelming turnouts for their future events. 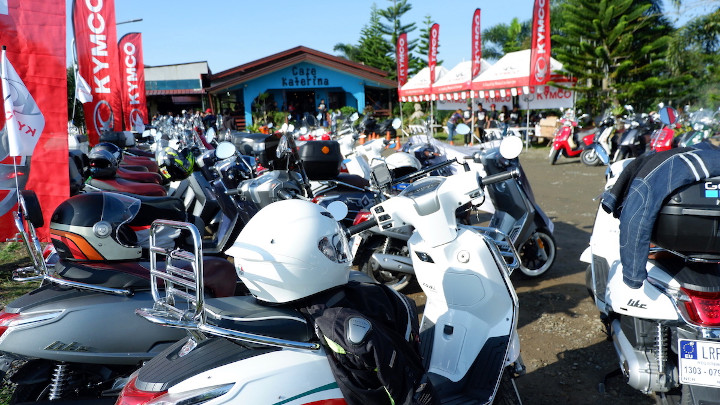 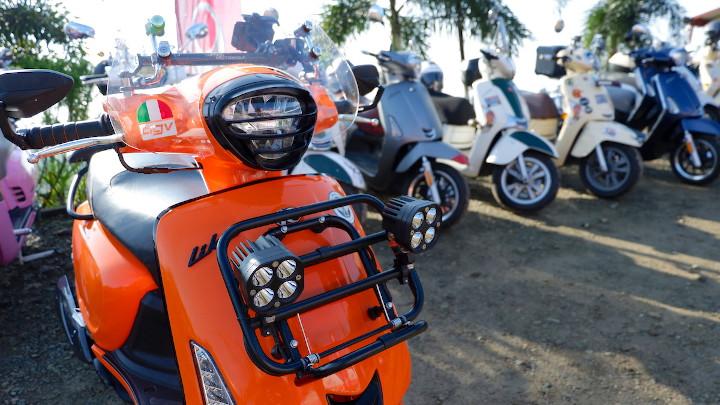