Ducati wowed the motorcycling world when it decided to put a V4 engine into its Panigale superbike, and more so when it released the V4 R, a ludicrous iteration of an already insane motorcycle.

But if the V4 and its S and R trims aren’t quite enough for you, the Italian motorcycle manufacturer has announced a further evolution of the model line—the Superleggera V4. 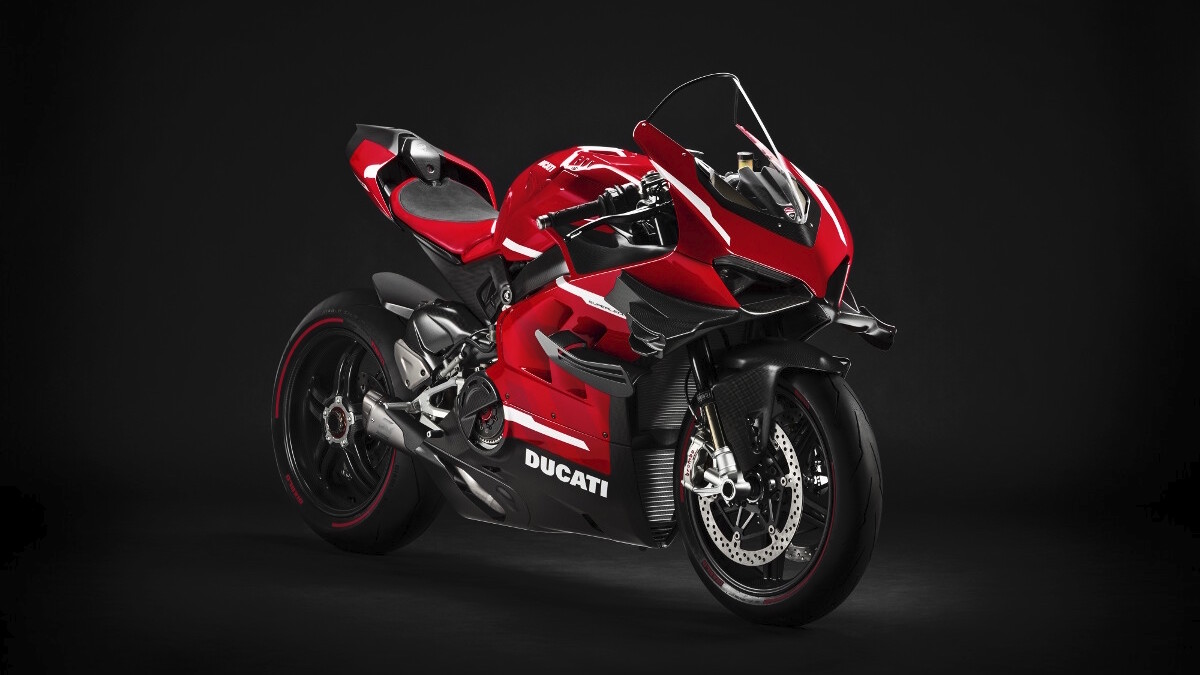 The word ‘Superleggera,’ which means ‘super-light’ in Italian, should be familiar to motoring enthusiasts, given that exotic car manufacturers like Lamborghini and Aston Martin have used the designation for rare, performance-oriented versions of their supercars. The principle is essentially the same with Ducati, as the Superleggera V4 is even more balls-to-the-wall than the V4s before it.

Limited to a run of 500 units, this ultra-exclusive bike was first unveiled to select Ducati VIPs. Now that it’s been officially launched, we can see just how committed Ducati is to the ‘Superleggera’ moniker.

The Superleggera V4 shaves 6.7kg off the regular V4s weight by becoming the world’s only street-legal motorcycle whose entire load-bearing structure in the chassis is constructed from composite materials—carbon fiber, titanium, magnesium, and aluminum. 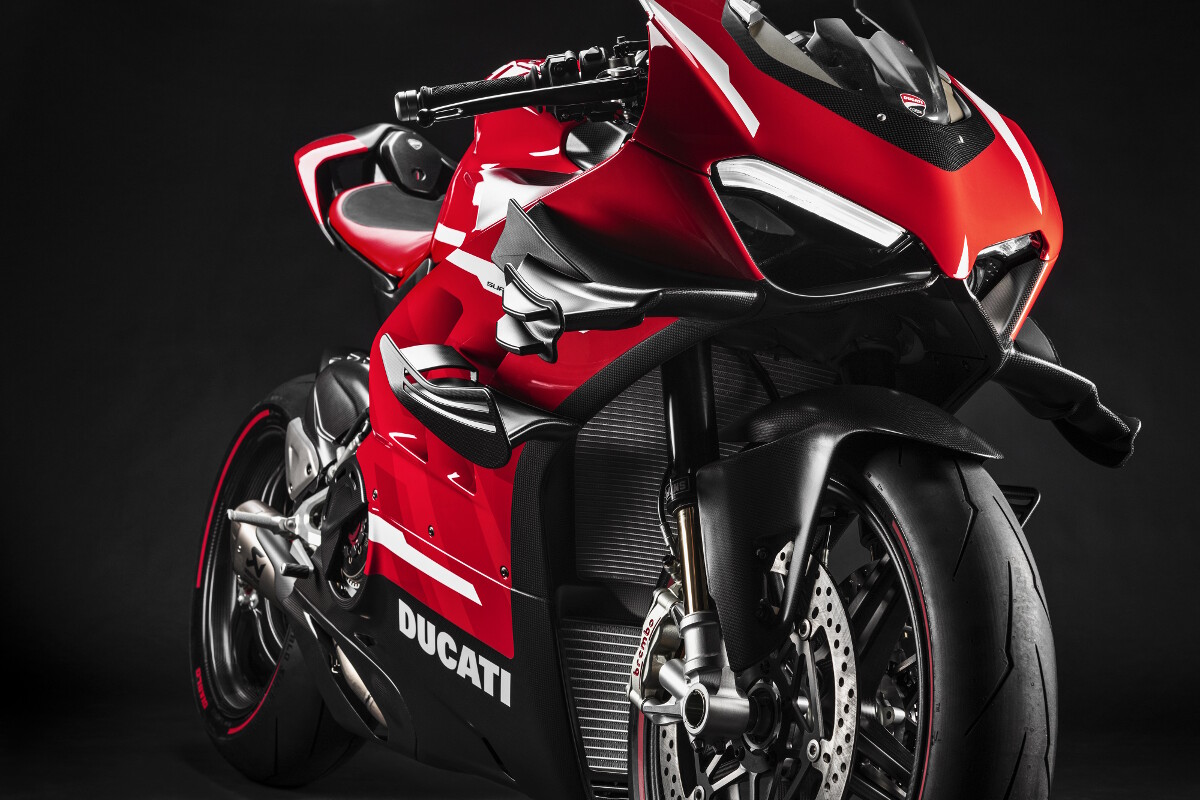 To help keep the lightened bike glued on the tarmac, downforce is improved with the use of winglet-like aerofoils inspired by those on the Ducati Desmosedici race bikes in the 2016 MotoGP season. These aerofoils produce 50kg of downforce at 270kph, or 20kg more than what the winglets on the 2020 V4 and V4 R are capable of. All these carbon bits are wrapped in a Desmosedici GP19-inspired livery that beautifully frames the bike’s red fairings with its naked carbon details.

The Superleggera V4 packs some significant changes underneath the carbon fiber, too. Its 998cc 90-degree V4 engine weighs 2.8kg less than the 1,103cc mill in the standard model, and makes 224hp—with the street-legal exhaust—versus the standard’s 214hp.

We mentioned ‘street-legal exhaust’ for good reason, because the Superleggera V4 comes with a racing kit that includes a titanium Akrapovic race exhaust system that bumps the power up to 234hp. Paired with this race exhaust is a ‘RaceGP’ display option intended for track use, and which was made with input from MotoGP racer Andrea Dovizioso. 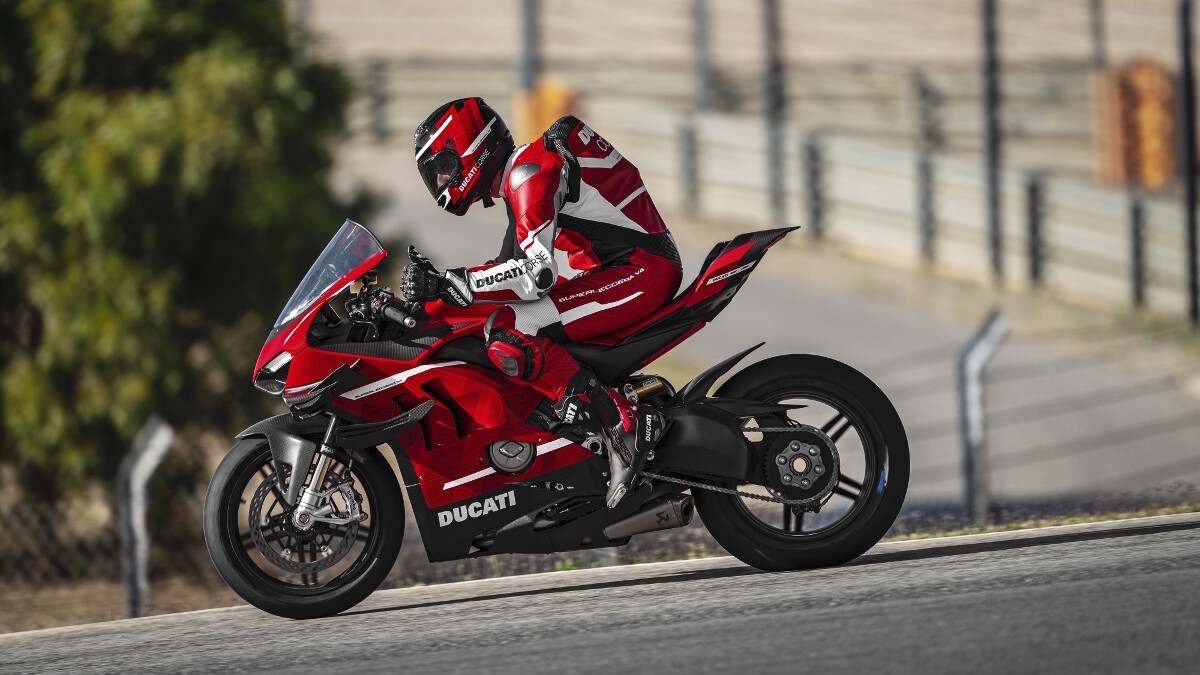 By using ultra-lightweight components, Ducati engineers have gotten the weight down to 156kg, which is 16kg lighter compared with the Panigale V4. Of course, power-to-weight ratio is improved as well, with the Superleggera producing 1.44hp/kg. Equipped with the race exhaust, the bike weighs just 152kg and power/weight ratio increases to 1.54hp/kg.

Electronic upgrades include additional customizable riding modes and an upgraded lap timer. The suspension has been tweaked as well, featuring a lighter Öhlins system with a pressurized fork and titanium rear shock. Brakes are top-shelf units from Brembo, with Stylema R calipers exclusive to the Superleggera V4.

The Superleggera V4 experience doesn’t end with the bike: Ducati also offers owners an exclusive Superleggera V4 leather race suit made by Dainese, as well as a matching carbon-fiber helmet from Arai. 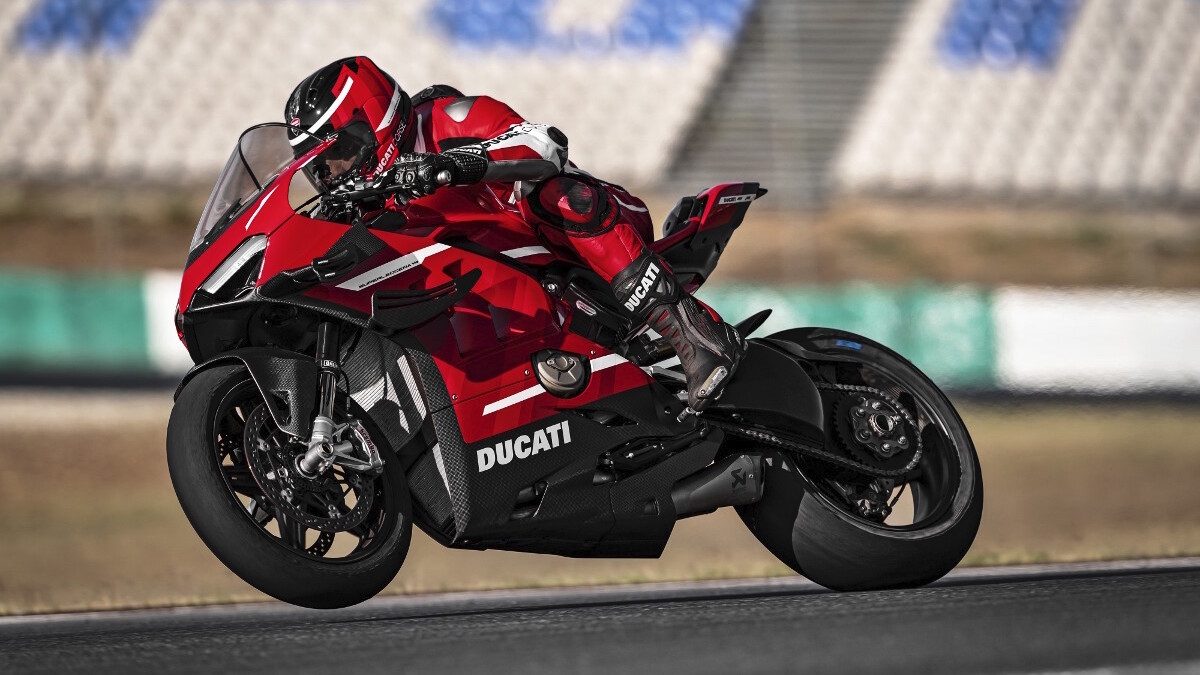 Included in the package, too, is access to the SBK Experience, which gives owners the opportunity to ride the Panigale V4 R on a test track in Mugello, Italy. To take things further, 30 Superleggera V4 owners will be a part of the MotoGP Experience, which lets them live out their MotoGP dreams by riding the Desmosedici GP20 race bike used by Dovizioso and Danilo Petrucci on a circuit.

No official price has been released yet, but we can expect it to be as premium as the bike’s features.

Just looking at the bike’s images, you can see Ducati has built another motorcycle that most enthusiasts will drool over, and will be able to ride in the only place we can afford to do so—in our dreams. 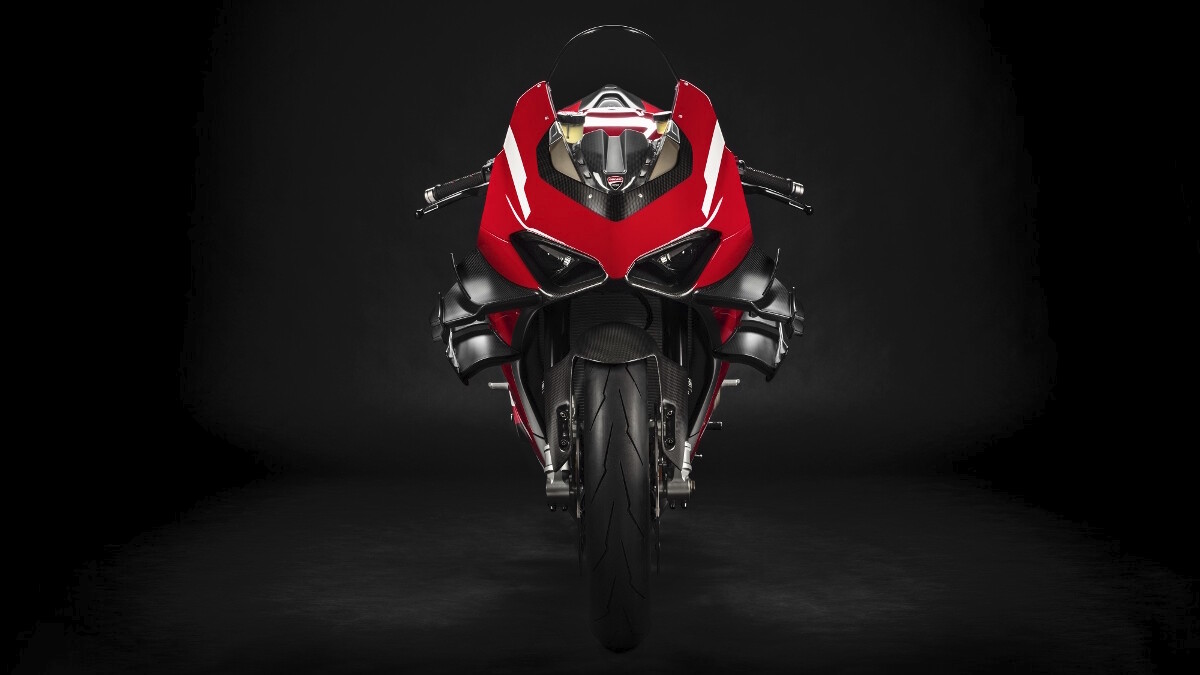 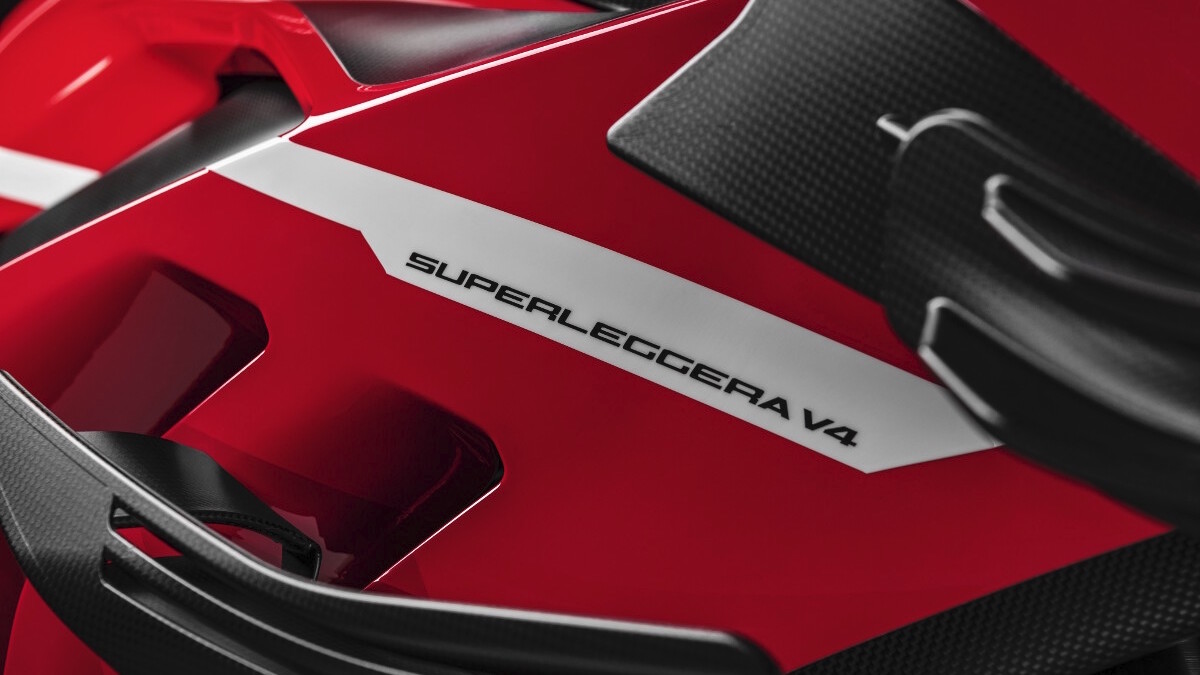 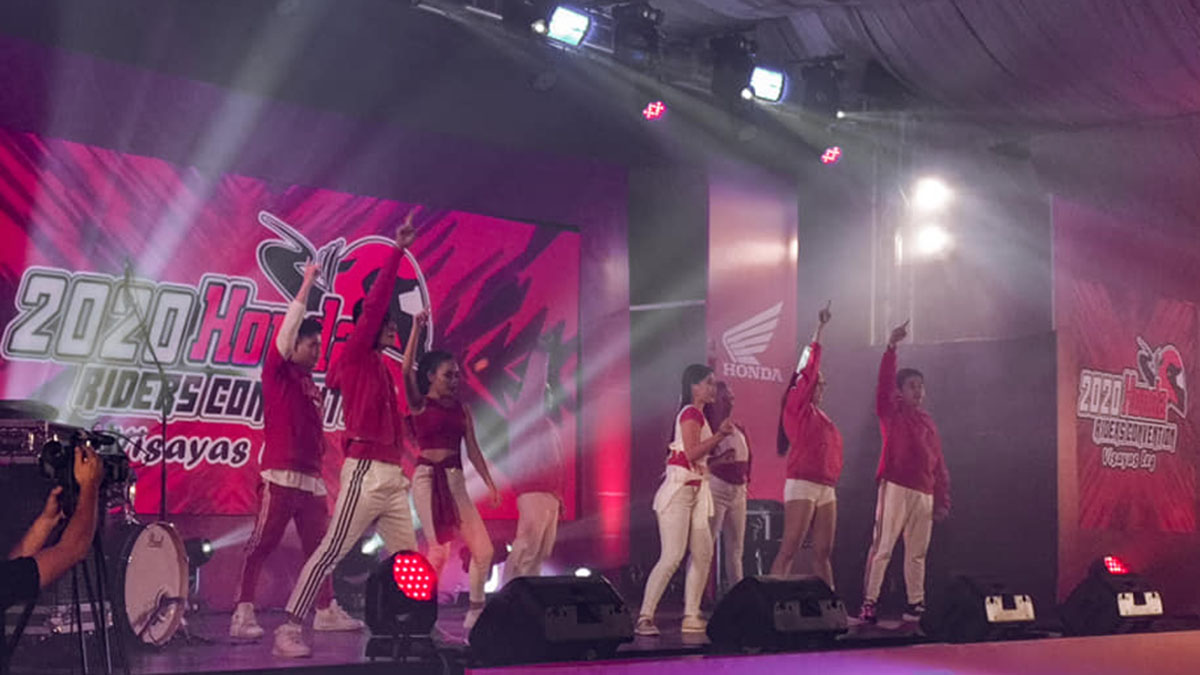 Honda PH showcases its latest offerings at riders’ convention in Cebu
View other articles about:
Recommended Videos
Read the Story →
This article originally appeared on Topgear.com. Minor edits have been made by the TopGear.com.ph editors.
Share:
Retake this Poll
Quiz Results
Share:
Take this Quiz Again
TGP Rating:
/20