The upgrades improve not just aesthetics but also performance
by Aris Ilagan | Sep 25, 2019
MOTORCYCLE BRANDS IN THIS ARTICLE

Amid the rising demand for adventure motorcycles not only here in the Philippines but also on a global scale, Honda has unleased its 2020 CRF1100L Africa Twin.

Probably the first thing you’ll notice with the 2020 model is the change in name, from the previous ‘CRF1000L’ (officially introduced in the Philippines in December 2018) to CRF1100L. The latter obviously refers to its bigger, more brutal engine that packs an additional 86cc over the preceding unit. Moreover, the new Africa Twin—offered in two variants, namely, Standard and Adventure Sport ES—is lighter by 4kg.

That’s good news in terms of power-to-weight ratio. But not only that—the CRF1100L is now Euro 5-compliant.

Honda has managed to rid its new adventure machine of some extra weight by coming up with a slimmer mainframe, while the subframe has been redesigned from a welded steel type to a narrower, detachable aluminum design. To further enhance the bike’s off-road prowess, the lighter yet stronger CRF450R-style aluminum swingarm has also been adopted.

The previous version’s LCD has been upgraded to a 6.5-inch TFT full-color touchscreen that integrates Apple CarPlay. Using this and the controls on the handlebars, the rider can select from the four levels of power delivery, three levels of engine braking, three levels of wheelie control, and seven levels of torque control.

Cruise control is now available on both the Standard and the Adventure Sport ES variants. The handlebars have also also been increased by 25mm, while the windscreen is smaller for a sportier look. As for performance, the Adventure ES Sport has the edge over the Standard variant courtesy of Showa Electronically Equipped Ride Adjustment (EERA) suspension, tubeless wheels, heated grips, an accessory socket, a larger and thicker skid plate, an aluminum rear rack, and a 25-liter fuel tank.

Here’s another positive note for Pinoy riders: The seat height for the two variants is now 33.5 inches (low) and 34.3 inches (standard), from the previous 35.4 inches and 36 inches, respectively. There are three awesome color options: Matte Black Metallic, Pearl Glare White, and Blue.

Honda says it will start releasing units globally by March 2020. Here’s hoping the Philippines will be among the first to get unit allocations because of the strong demand for adventure bikes here.

Guys, there’s still a lot of time to save up! 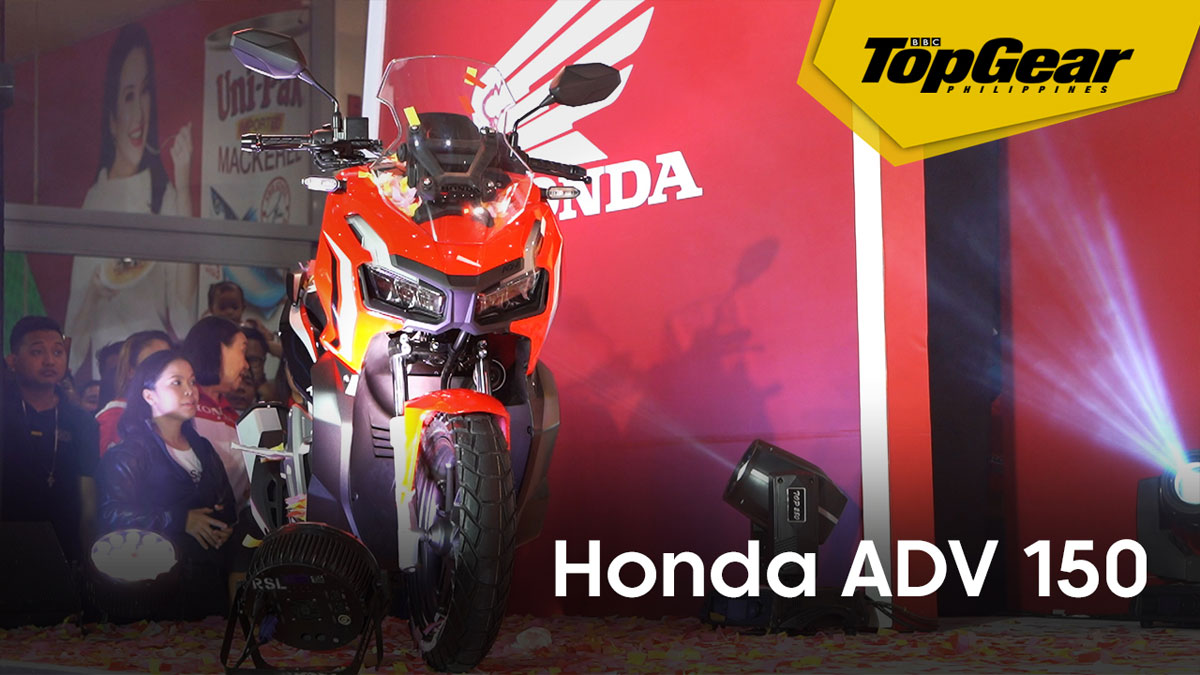 Watch: This is the Honda ADV 150 in the metal
View other articles about:
Read the Story →
This article originally appeared on Topgear.com. Minor edits have been made by the TopGear.com.ph editors.
Share:
Retake this Poll
Quiz Results
Share:
Take this Quiz Again
TGP Rating:
/20