Did the ‘Clean Rider’ anti-criminality campaign by the Philippine National Police (PNP) die a natural death?

It was a little more than a year ago when PNP chief General Oscar Albayalde led the police force in launching the Clean Rider sticker campaign. The event, held at Quirino Grandstand in Manila, was attended by thousands of motorcycle riders. The objective then was to convince owners of registered motorcycles to have their units listed at the police stations in their respective localities so that law enforcers could easily identify criminal elements that operate in their respective areas.

But for a still-unknown reason, the campaign seemed to fizzle out in the succeeding months even before it gained momentum.

To our surprise, a Malabon City councilor recently expressed his intention to revive the campaign within his locality. Malabon City councilor Paulo Oreta filed a proposed ordinance entitled ‘Clean Rider’s Code of 2019,’ requiring riders in the city to secure an anti-criminality campaign sticker for their units. Riders caught using motorcycles without the said sticker would be fined; third-time violators could have their driver’s license revoked.

The Malabon City proposed ordinance stated that to secure a Clean Rider sticker, the motorcycle owner must register his unit at a local police station or barangay hall. Had it been approved by the members of the city council, the measure would have also required motorcycle dealerships to provide buyers of brand-new units with an ‘OK Code’ sticker from the PNP.

But it appears that Oreta’s proposed bill was short-lived.

“Di ko po pinatuloy yung Clean Rider Sticker Act dito sa Malabon dahil I had so many unanswered questions from COP (chief of police),” says Oreta. “That ordinance was laid on the table and I didn’t push through with it because COP could not answer how we could implement this only in Malabon.”

To the riders out there, especially those who reside in or regularly travel through Malabon, what can you say about this development? 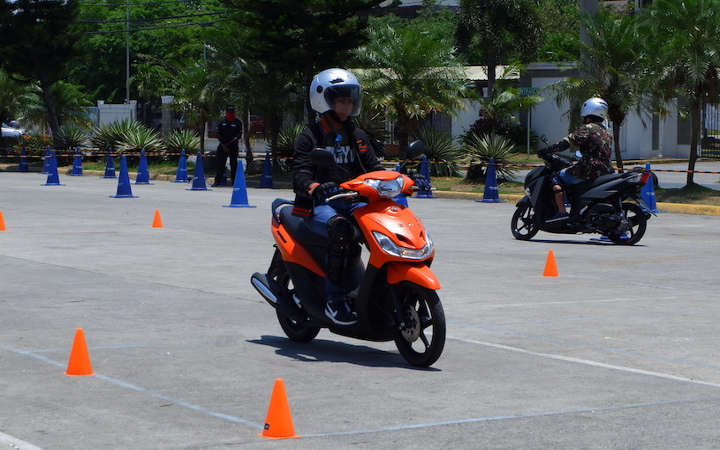 7 Beginner-friendly scooters to beat Metro Manila traffic
View other articles about:
Read the Story →
This article originally appeared on Topgear.com. Minor edits have been made by the TopGear.com.ph editors.
Share:
Retake this Poll
Quiz Results
Share:
Take this Quiz Again
TGP Rating:
/20