Check out the prices of Honda's eight new big bikes
by Aris Ilagan | Dec 12, 2017
MOTORCYCLE BRANDS IN THIS ARTICLE 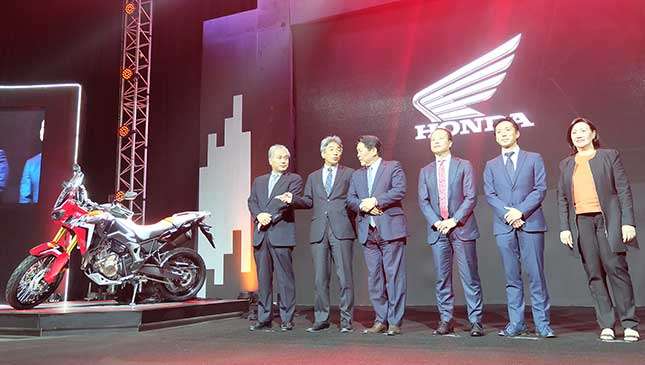 Honda Philippines president Daiki Mihara is now smiling from ear to ear. He knows he had just made an indelible mark on the 40-year history of the reputable Japanese motorcycle company in the country.

However, two models—the CB1100EX and the CB1000RR Fireblade—were a no-show during the launch due to a delay in delivery.

“Finally, with the support of Honda Motors Japan and Asia Honda headquarters, we are excited and proud to inform the public that Honda Philippines has full model line of motorcycles—bringing to the Philippines the most awaited big bikes,” Mihara said.

Mihara asserts that the timing of their new big bikes is just perfect, as he cited the consistently strong Philippine economy and growing demand for motorcycles with big engine displacements from the customers.

Unlike other brands that played safe by putting their newly-launched products with just one dealership, Honda PH is going full blast with their big bikes sales offensive. On the first salvo, Honda wants to cover the country’s 7,600 islands by establishing Honda flagship shops in Makati (Luzon), Cebu (Visayas) and Davao City (Mindanao).

Without further ado, here are the prices of the eight exciting Honda big bikes:

1) CB500X - A middleweight adventure bike, the CB500X is powered by a 471cc, liquid-cooled, parallel twin that was designed to tackle different terrain conditions. Light and nimble, it’s perfect for both short- and long-distance rides. It boasts of a fuel-efficient powerplant. SRP is P379,000.

2) CRF1000L Africa Twin - This awesome adventure bike has garnered positive reviews from the international motorcycle media. Its 998cc, liquid-cooled, four-stroke, parallel twin engine was built with a biaxial counterbalance for aggressive acceleration and a vibration-free ride. One of its secret weapons is the Honda Selective Torque Control that automatically adjusts the power delivery depending on the road conditions. SRP is P854,000.

4) Rebel 500 - Designed for relaxed cruising and hints of sport riding, this middleweight cruiser is one of the much-awaited big bike variants of Pinoy riders. Perfect for beginners and seasoned riders because of its low seat height, the Rebel is equipped with two-channel ABS and a 41mm SDBV telescopic fork. SRP is P369,000.

5) CB650F - This middleweight bike will make enthusiasts of street nakeds drool. Powerful yet stylish, sporty yet nimble to ride. The CB650F is powered by a 649cc, DOHC, in-line engine mated to a new 6-speed gearbox. Honda always puts a premium on safety, so it’s also equipped with a two-channel ABS, a 41mm SDBV telescopic fork, and fully-adjustable Showa suspension for smoother ride. SRP is P459,000.

6) CBR1000RR Fireblade SP - It's not long before we see many of these track machines vying for honors at the Philippine Superbike Championship. With DNA derived from Honda Repsol’s MotoGP bike, the Fireblade was built for precision, lightness and superb handling. Its wide array of advanced features includes Selectable Torque Control, Selectable Engine Brake, a new ABS brake system, a Quickshifter, Riding Mode Select System, Power Selector, and an Ohlins Smart EC Suspension. SRP is P1,350,000.

7) CB1100EX - This bike aims to put nostalgia back in riding by highlighting classic design with chrome touches integrated with modern amenities. Powered by a 1,140cc air-cooled, in-line four mated to a 6-speed transmission, the CB1100EX is expected to rock the ranks of retro bikes in the Philippines. SRP is P810,000.

8) X-ADV - This bike rocks! The X-ADV is being pitched by Honda as a revolutionary adventure scooter equipped with manual-automatic gearbox called the Dual Clutch Transmission (DCT). So, you just let your finger do the shifting. With a high ground clearance of 162mm, the X-ADV is designed not only to conquer dirt and rough roads but city streets as well. It is built on a strong, tubular steel chassis, and powered by a 745cc, twin cylinder engine. SRP is P799,000. 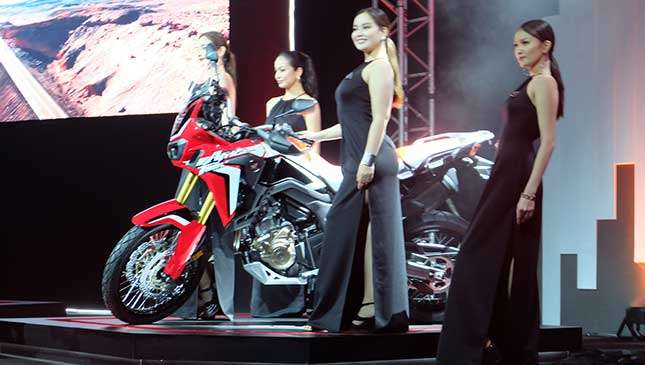 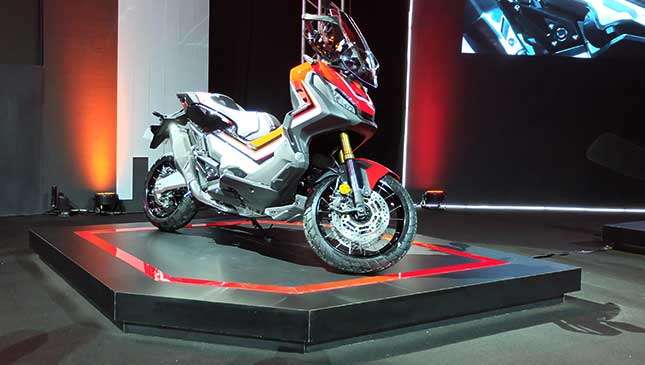 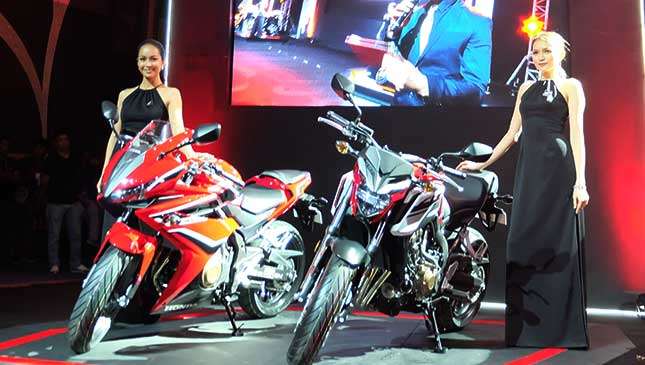 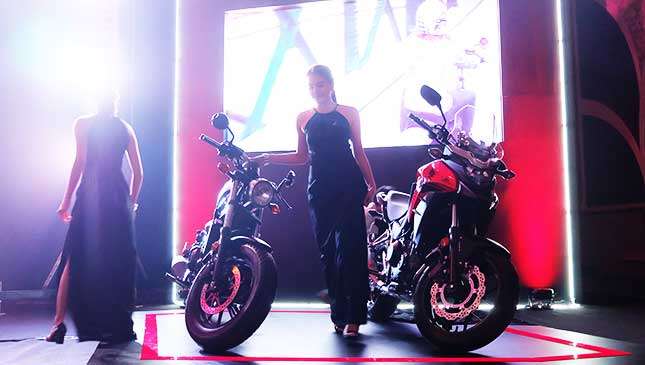 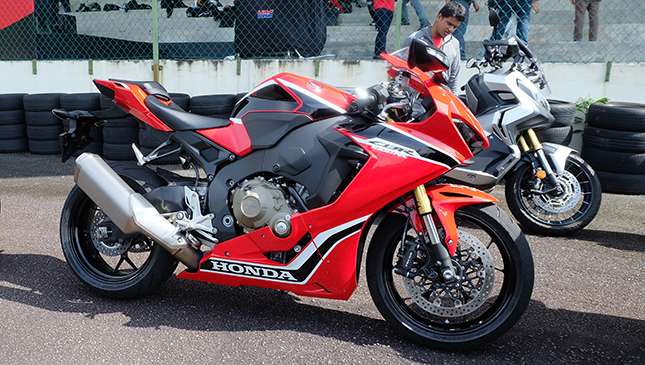 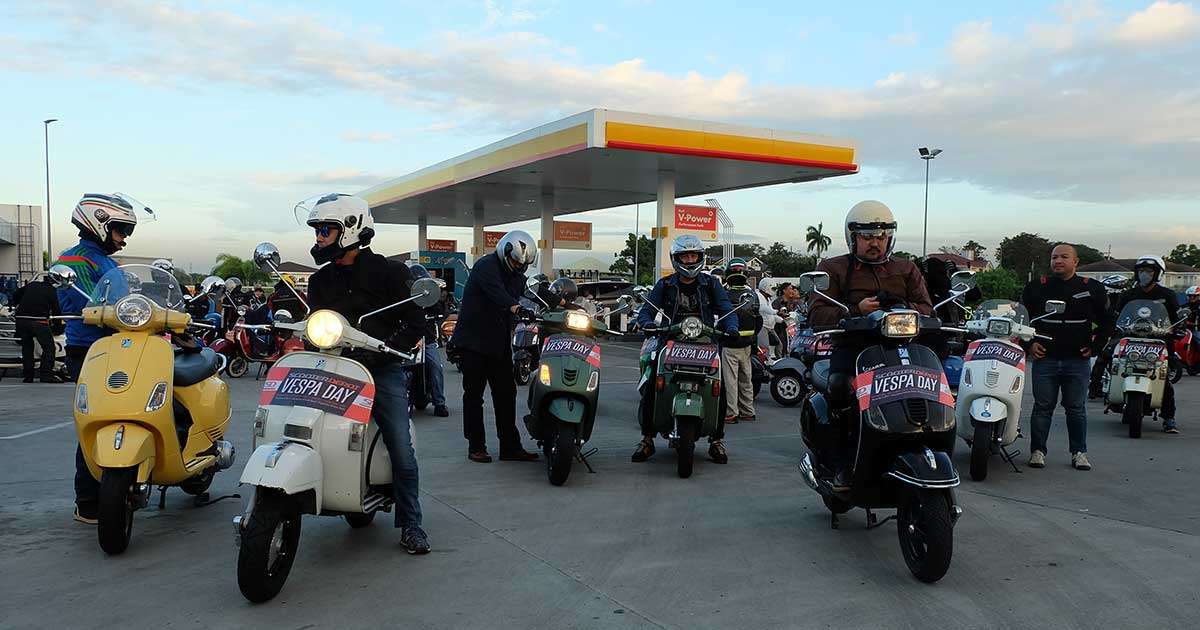 Titos, titas gathered for Vespa Day
View other articles about:
Read the Story →
This article originally appeared on Topgear.com. Minor edits have been made by the TopGear.com.ph editors.
Share:
Retake this Poll
Quiz Results
Share:
Take this Quiz Again
TGP Rating:
/20