A skeleton crew has been keeping the assembly line running
by Aris Ilagan | May 7, 2020

With or without COVID-19, life apparently goes on for KTM Philippines. In our recent articles, we’ve focused on the preparations being made by this Ayala-run company for the post-enhanced community quarantine (ECQ) period. These include health protocols (drafted with the help of health experts) to be observed by employees and clients inside the showrooms and service centers under the new normal.

Not only that, but since it’s one of the essential companies allowed to operate during ECQ, KTM Asia Motorcycle Manufacturing (KAMMI) in Laguna has kept its assembly line working with a skeleton crew. This dedicated team has been sleeping in the facility during the lockdown. As a result, it was able to export Pinoy-made KTM products to China and some Southeast Asian countries in recent weeks. KTM Philippines president Dino Santos assures that the plant’s workforce strictly adheres to health protocols laid out by the COVID-19 Inter-Agency Task Force (IATF) for the Management of Emerging Infectious Diseases.

On June 6, KAMMI will be celebrating the third anniversary of its facility. “We are very proud and grateful that we have been given the trust and opportunity to show the world that we Filipinos can build these exceptional and world-class performance motorcycles for both the domestic and the international market,” Santos said.

Will this celebration include the launch of the much-anticipated 2020 KTM 390 Adventure? The unveiling of this off-road middleweight offering was pushed due to the prevailing health crisis, although it had been initially announced that the bike would be available by May this year with a P309,000 price tag.

The dual-purpose machine is powered by a 373cc liquid-cooled, fuel-injected single-cylinder mill that is almost the same as that of its road-oriented sibling, the 390 Duke. Other exciting features include LED lighting, Bybre brakes, a five-inch color TFT display with Bluetooth integration, traction control, cornering ABS, and a slipper clutch. A quick shifter is optional.

Wider than a dirt bike but much narrower than larger adventure motorcycles, the 390 Adventure is equipped with a WP high-performance fork and a mono-shock absorber that can be manually adjusted—standard fare for this price range. It has a two-channel ABS with an off-road mode. 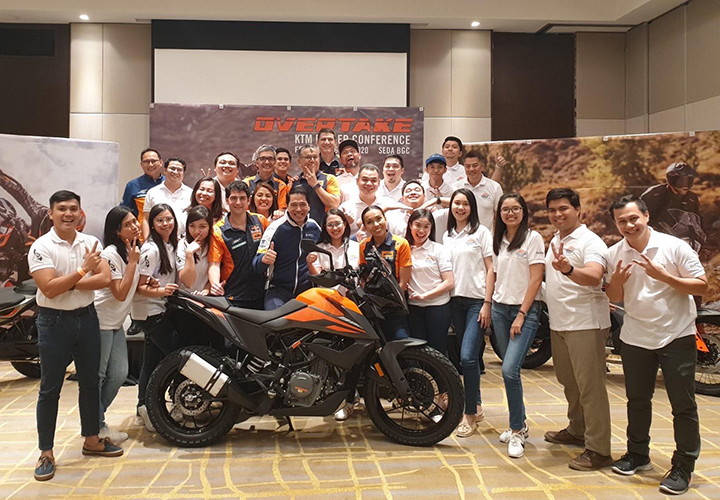 One thing that’s certain, however, is that the unveiling of KTM’s new offering will not be done in a public place.

“As we ease into our new normal, we had to change our definition of launches.  No more huge crowds or gatherings but a more intimate and experiential approach involving the bikes that are also celebrated online via multimedia,” Santos revealed.

There’s no definite date yet for the launch, but we have a feeling it’s probably going to happen on June 6. Nevertheless, this unprecedented move by KTM Philippines to host a virtual launch of a proudly Pinoy-made product will definitely be a milestone in the local motorcycle industry. 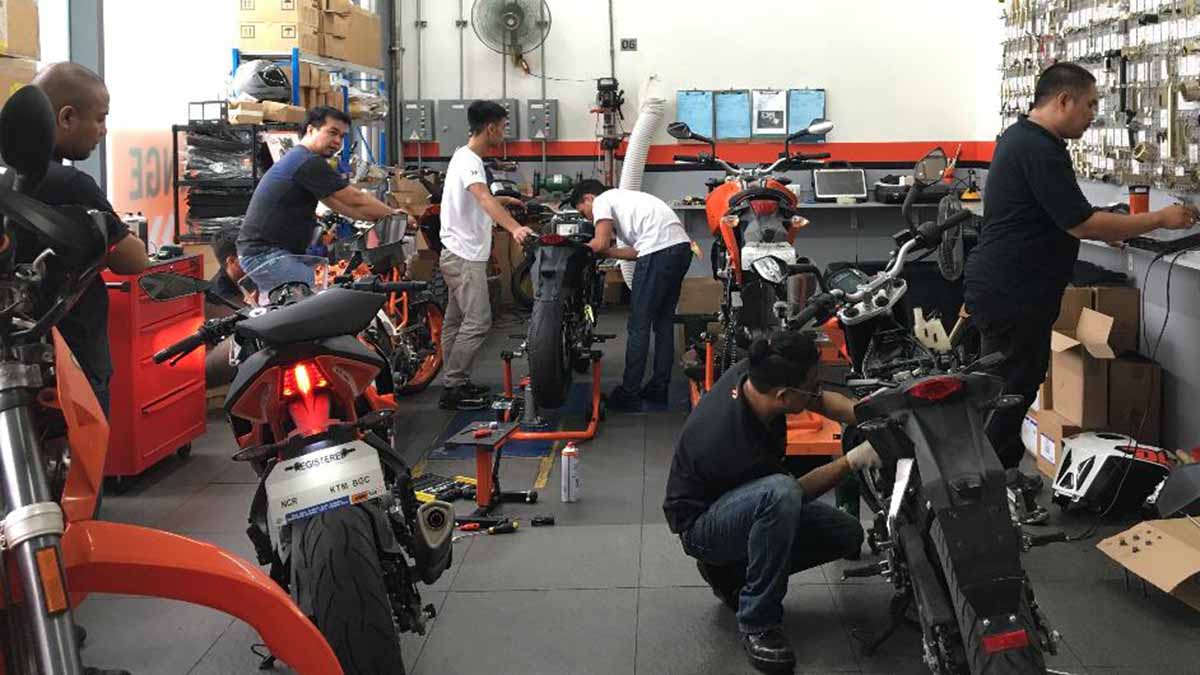 KTM reopens 12 dealerships across PH, 28 more to follow on May 16
View other articles about:
Read the Story →
This article originally appeared on Topgear.com. Minor edits have been made by the TopGear.com.ph editors.
Share:
Retake this Poll
Quiz Results
Share:
Take this Quiz Again
TGP Rating:
/20