Are there any more challengers?
by Aris Ilagan | Dec 3, 2019
MOTORCYCLE BRANDS IN THIS ARTICLE

Team Suzuki-VMan once again proved its supremacy on the racetrack as its members not only brought home the championship, but also monopolized the awards at the final round of the 13th Inside Racing Grand Prix (IRGP).

Suzuki’s riders all rode the legendary Raider R150 Fi during the final race at Clark International Speedway. The team’s phenomenal victory was led by rider #43, April King Mascardo (main photo, left), who consistently topped the Super Underbone Elite Category. Mascardo pulled away from the rest of the pack with ease, from the qualifying session all the way to the checkered flag. 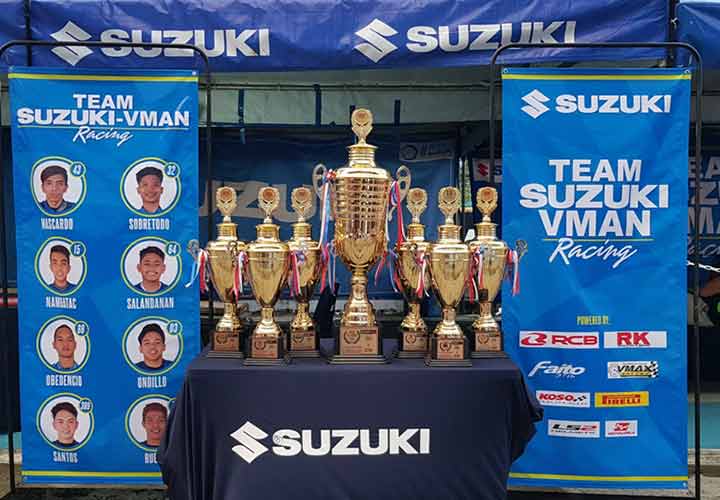 Mascardo brought home not only the championship title, but also the Pole Sitter and Fastest Lap awards after posting the best lap time of 1min 9sec on the SUE category, the gap from him to his closes opponent ranging from 2.6sec to 6.2sec.

Meanwhile, his teammate Eane Jane Sobretodo (main photo, right) also made it to the podium, finishing third in the Super Underbone Elite Category. Behind him were fellow Suzuki-VMan racers Roel Rubin in fourth and Jaypee Obedencio in fourth and fifth places, respectively, after making their way from the back of the grid to join the lead pack in the subsequent laps. 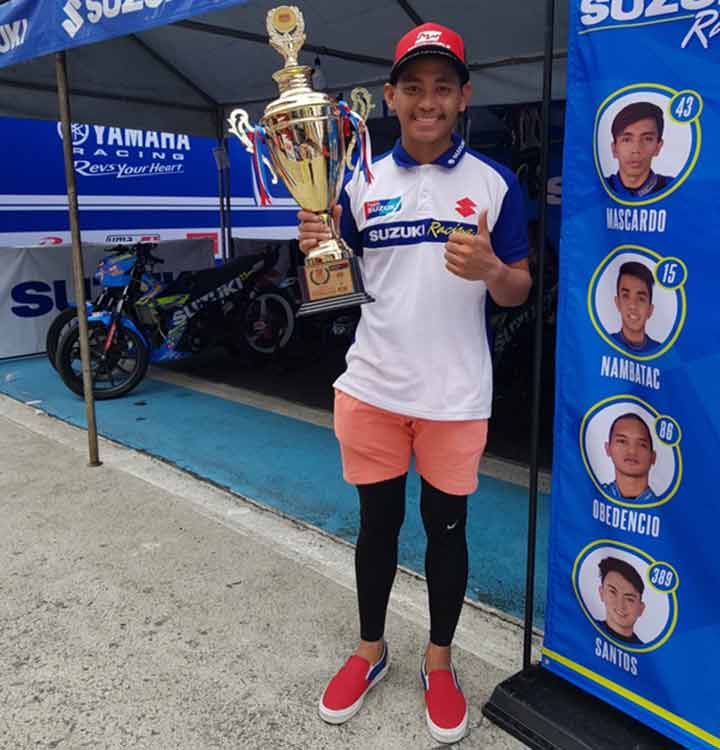 Suzuki-VMan rookie rider Rmand Salandanan won the Fastest Lap award in the Super Underbone Trophy Category after stunning the underbone racing fans with his impressive recovery from the back of the grid.

“All these wins were achieved in the underbone sealed-engine categories of the IRGP, showing that the power and performance of the Raider R150 Fi can reign like a king both on the road and on the racetrack,” said Suzuki Philippines in a statement.

Well, this only shows that the Suzuki Raider R150 is the undisputed king of underbones. Any challengers in the 14th IRGP? 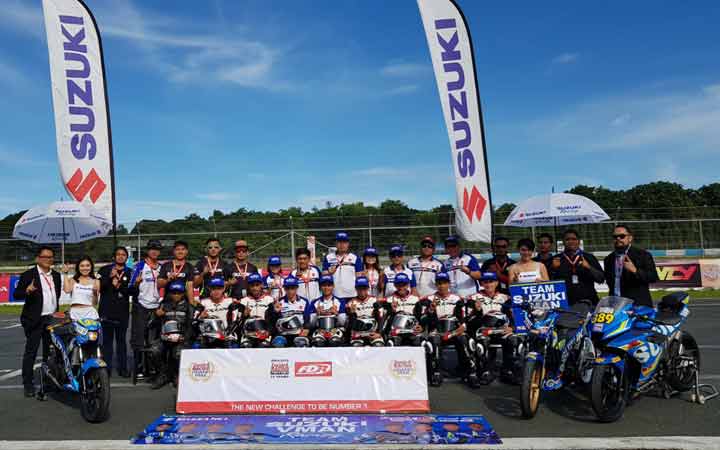 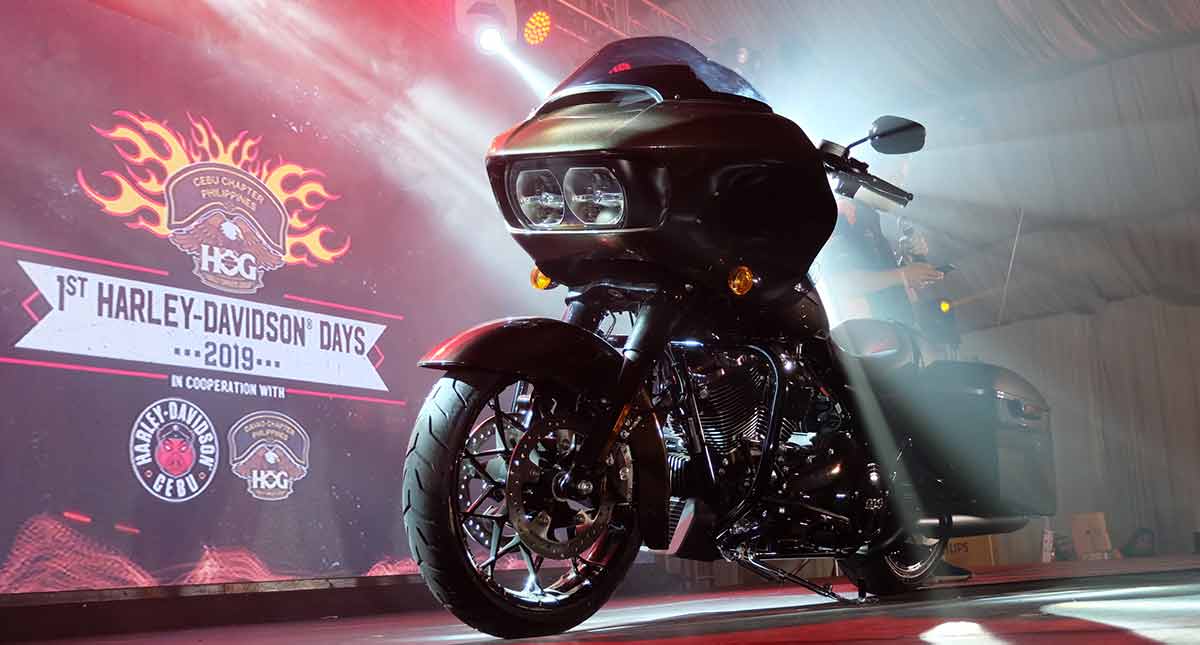 Cruiser fanatics join the first Harley-Davidson Days in PH
View other articles about:
Read the Story →
This article originally appeared on Topgear.com. Minor edits have been made by the TopGear.com.ph editors.
Share:
Retake this Poll
Quiz Results
Share:
Take this Quiz Again
TGP Rating:
/20