With an underbone like this, who needs a big bike for long journeys?
by Aris Ilagan | Jun 27, 2019

Recently, Moto Sapiens was fortunate to take part in experimental runs for new lubricants. We rode the Honda RS125 Fi, and part of the mission was to fire up this hot-selling underbone and ride it from Manila to Bacolod.

At the break of dawn, we took off from Manila and rode to Batangas City to take a RORO vessel to Calapan, Oriental Mindoro. We then headed to the Port of Roxas for another RORO transfer before hitting the road again, this time in scenic Panay Island.

While the representatives of the oil firm monitored the bike’s condition, I was busy feeling the performance of the RS125 on long-distance travel. Every now and then, I whispered to it, “Don’t bend, don’t break, don’t back down, baby!” Once the mission was completed, we were told that the engine of the RS125 Fi and those of two other small motorbikes that participated in the run would be disassembled to determine the performance of the experimental oil. 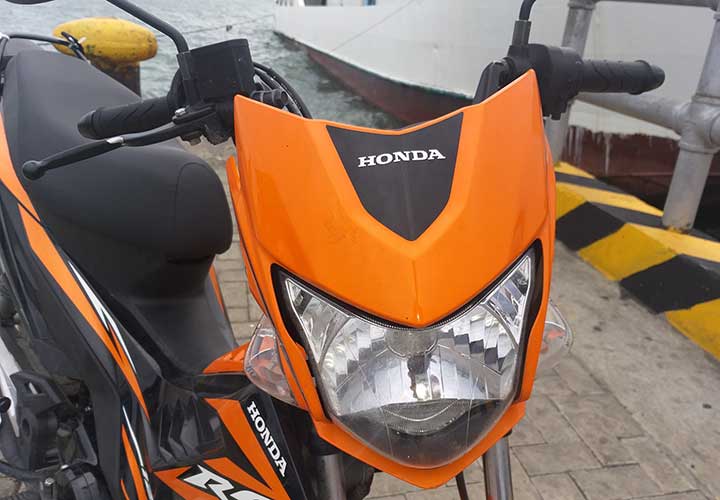 When it comes to function, the RS125 Fi is undeniably a utilitarian underbone. With only little fairings to speak of, this entry-level bike runs on a solid frame designed to withstand any kind of beating. Its main components, from the handlebar to the swingarm, are mostly made of solid metal and are meant to last forever.

The racing graphics give the impression that the RS124 is itching for a track attack. The sleek front cowl highlights the big V-shaped headlight. Boosting the bike’s sporty character is that wedge-style stoplight with clear integrated signal lights. 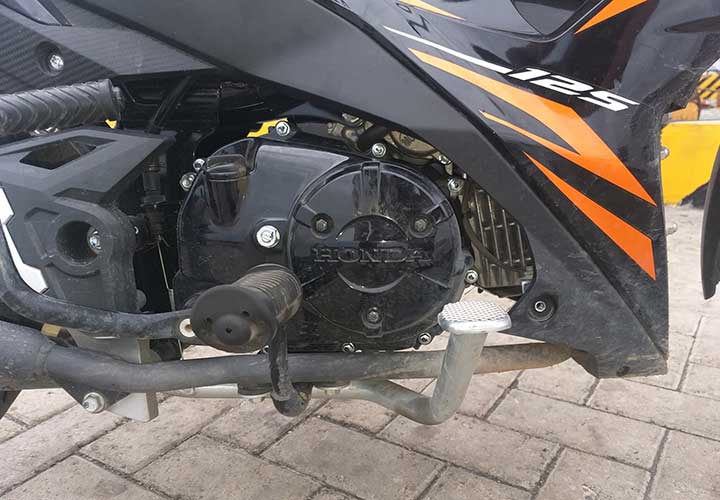 Riding an underbone at an average daily distance of 300km for the experimental run is serious business. The long tour required us to speed up most of the time—we needed to be at the next destination before sundown for safety reasons and to be able to get enough rest.

The RS125 Fi was purchased by the oil firm purposely for the experimental run. There were no restrictions on how we should treat this nimble street machine. Most of the time, we were on beast mode on clear stretches, squeezing every drop of power from its 124.89cc single-cylinder engine. At full throttle, the RS125 Fi can speed up to around 90-100kph, depending on whether it’s slicing through headwinds or tailwinds, or attacking slopes.

Rain or shine, we rode. Even in extreme weather conditions, the RS125’s engine performance never faded nor faltered, and because of this, we let it rip on the highway. 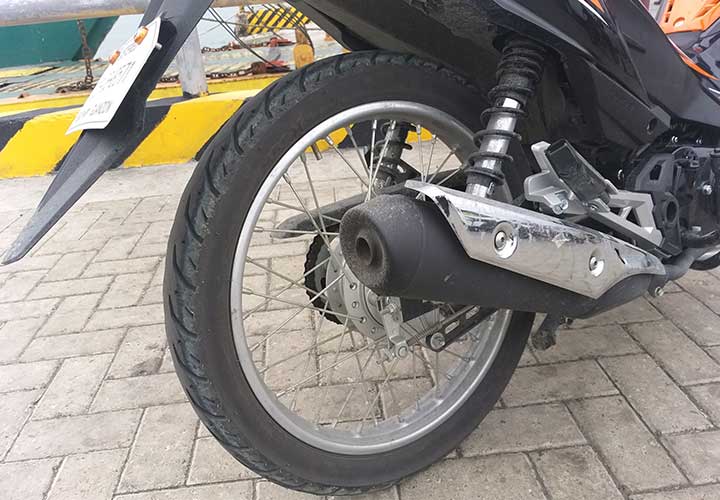 Never judge a book by its cover. Initially, I had the wrong impression of the RS125 Fi’s riding comfort. Underbones are synonymous with thinly padded seats, awkwardly positioned foot pegs, and low and narrow handlebars—which is to say they are not typically suited for long rides.

Surprisingly, the generous level of comfort provided by the RS125 allowed me to endure the 1,000km route with less soreness and aches in the butt, wrists, arms, and legs. Credit this to the long, wide seat with ample cushioning, and the raised handlebar for an upright body position. The foot pegs also allowed me to stand up on the bike while approaching deep road ruts, sparing my spine from severe stress and pounding. 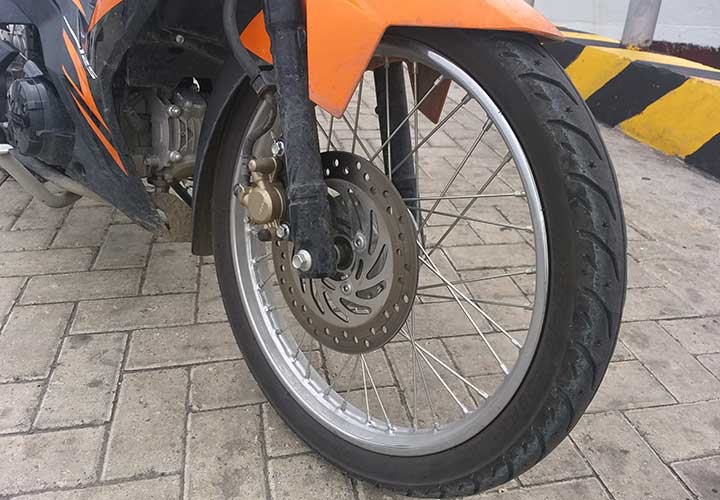 Being small and nimble, underbones are specifically designed for the Asian market. The short wheelbase of the RS125 is perfectly suited for urban rides. It came as a big surprise, then, that this two-wheeler fared impressively during long hours of riding. While we pushed for more kilometers, the engine performance consistently allowed us to master the art of throttle control easily.

Equipped with a single disc brake in front and a drum brake at the rear, the RS boasts remarkable stopping power despite the absence of ABS. It takes only one or two fingers to press the brake lever. Also, shifting our way through the four-speed rotary-type semi-automatic transmission was easy, although there were times that I needed to close the throttle a little to prevent shift shock when changing gears. Smooth shifting with the RS only happens when the gear is properly matched with the engine revs. 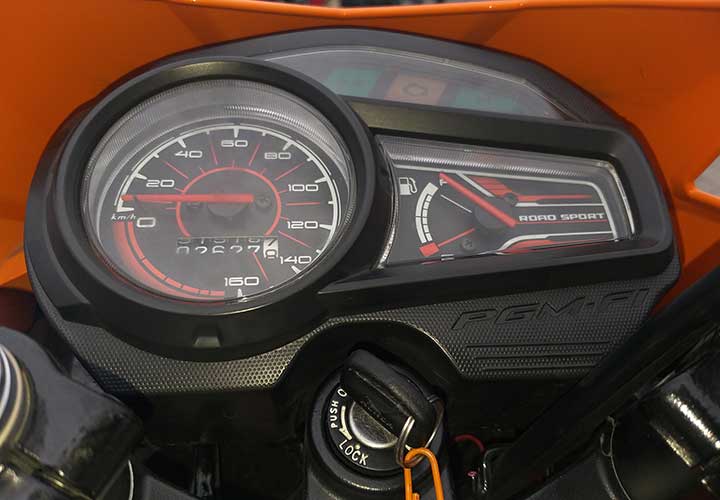 Priced at P71,900, the RS125 Fi is one of Honda’s more affordable offerings. So, it’s a surprise to see a large meter panel with a gear indicator as well as an engine-check warning signal, which are both useful for the rider.

What’s more, the RS125 Fi is Euro 3 compliant. Just follow the preventive maintenance schedule regularly and you need not worry about failing the emission test. 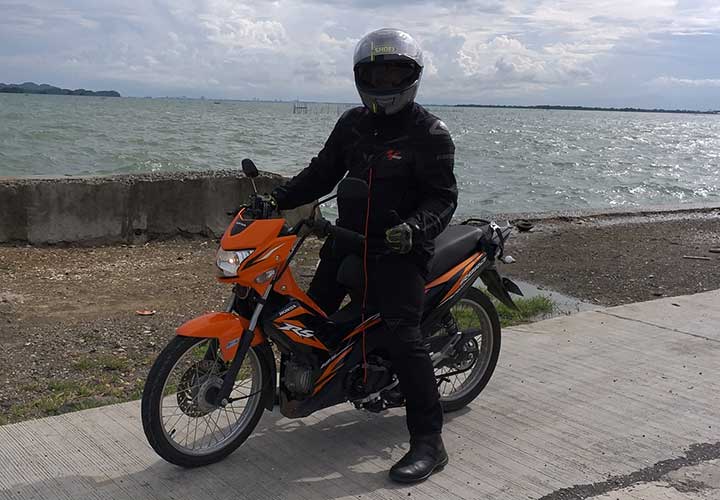 I can surmise that after reading this article, many Honda RS125 Fi owners will start packing their bags for a long-distance ride. I found myself in Negros Island with not as much muscle pain as I had earlier anticipated, and with more than enough energy left to enjoy a few bottles of cold beer at the hotel.

Now, I realize that the RS125’s impressive performance dispels the notion that big bikes are the only weapons for long journeys. Also, this being a Honda, spare parts are available practically in every corner of the country. In almost every place, we bet there are Honda motorcycle dealerships with reliable service teams.

After all, every rider wants some peace of mind, right? 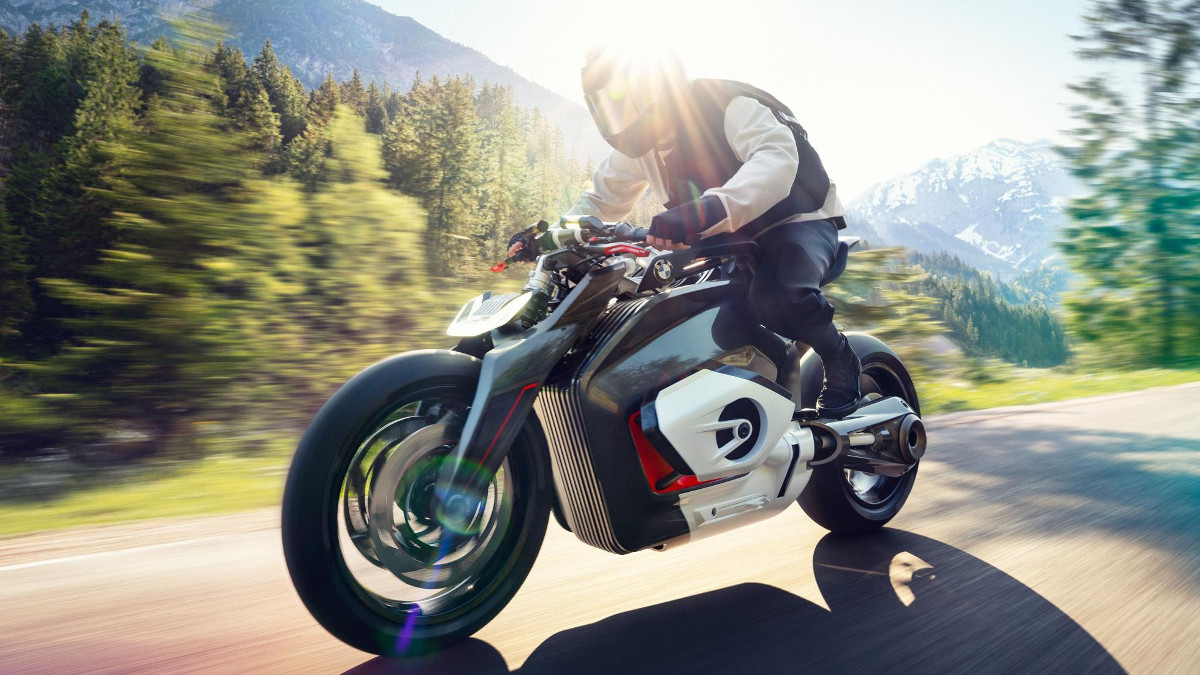 BMW reveals all-electric motorbike concept
View other articles about:
Read the Story →
This article originally appeared on Topgear.com. Minor edits have been made by the TopGear.com.ph editors.
Share:
Retake this Poll
Quiz Results
Share:
Take this Quiz Again
TGP Rating:
/20