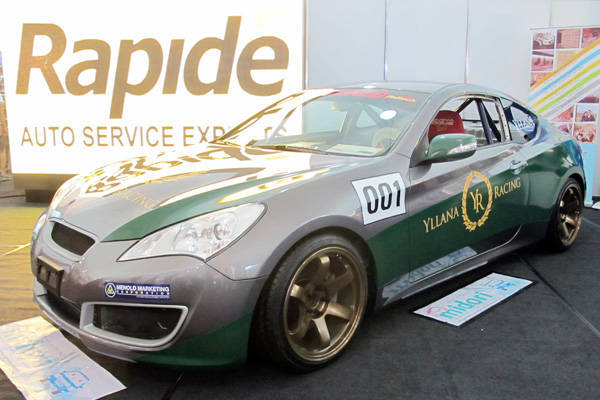 Remember Jomari Yllana, one-third of the Gwapings and younger brother to Anjo? If you're into cars, of course you remember him--especially for his exploits on the racetrack. Jomari used to drive professionally, most memorably alongside teammate Jody Coseteng for Toyota Team Tom's in the late '90s.

Well, we guess once a racer, always a racer. Or, in Yllana's case, once bitten by the racing bug, always afflicted with the racing bug--even if it's just to call the shots from the sidelines.

At the Manila International Auto Show last weekend, the actor and car enthusiast announced the launch of his new motorsports outfit, Yllana Racing. The team unveiled a specially liveried Hyundai Genesis Coupe, and then introduced the team's personnel:

The newly formed racing team also announced that it will be competing in this year's Philippine Grand Touring Car Championship, with the following race schedule:

So, if you were a fan of Jomari Yllana's driving during his time, you now have a chance to see if he is also as skilled at running his own racing team.