First for the year
Feb 1, 2011
CAR BRANDS IN THIS ARTICLE 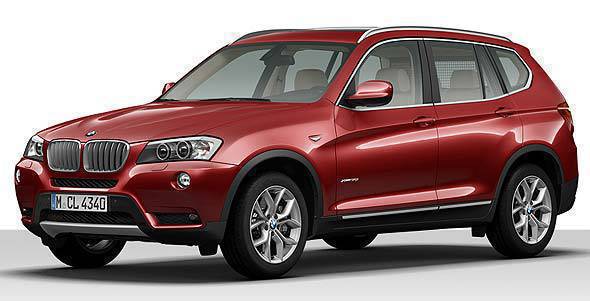 Asian Carmakers Corporation, the exclusive distributor of BMW vehicles in the Philippines, is rolling out the red carpet for the all-new X3, which is scheduled to be launched on February 10.

The Philippine market is the first in the Asia-Pacific region to receive the all-new X3, which had its debut in the United States just last week.

The X3 will be sold at an introductory price of P4.490 million, said Asian Carmaker deputy sales director Alan Muñoz.

The all-new BMW X3 comes with the standard Auto Start-Stop function, which Asian Carmaker president Bobby Rosales said is the "most exciting" part of this new offering.

"I think owners will really benefit from the feature of the engine. It offers fuel economy and it produces less emission," Rosales said.

With the Auto Start-Stop function, the engine switches off automatically when the vehicle stops at an intersection or when it's stuck in traffic.

The X3 also has technologies like the electric power steering and brake energy regeneration system, and its tires have reduced rolling resistance. These factors also contribute to improved fuel efficiency.

The X3 is just one of the models BMW plans to bring in this year. BMW, via Asian Carmakers, is also scheduled to hold the Philipipne launch of the BMW 1-Series M Coupe and the BMW 6-Series.

Nissan promo: 4 ways to start the Year of the Rabbit with a new vehicle
View other articles about:
Recommended Videos
Read the Story →
This article originally appeared on Topgear.com. Minor edits have been made by the TopGear.com.ph editors.
Share:
Retake this Poll
Quiz Results
Share:
Take this Quiz Again
TGP Rating:
/20