Setting the benchmark in its class
Oct 17, 2011
CAR BRANDS IN THIS ARTICLE 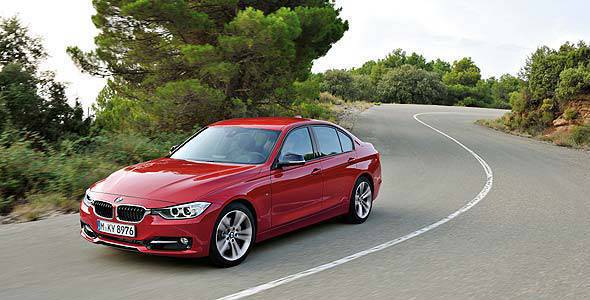 BMW has finally pulled the covers off the latest iteration of the 3-Series model.

According to BWW, the all-new 3-Series "sets new benchmarks in terms of sporting prowess, elegance and comfort" with its styling serving as a fresh interpretation of the carmaker's traditional design cues.

The sixth-generation 3-Series is larger than its predecessor, with its wider track, increased length and stretched wheelbase accentuating the car's sporting silhouette. Despite its larger size though, the all-new 3-Series is 40kg lighter than the previous-generation model.

The all-new 3-Series is available in four different engines, all of which feature BMW's TwinPower Turbo technology. Besides the two diesel powerplants and the already successful six-cylinder petrol unit, a new turbocharged four-cylinder engine is available in the BMW 328i. BMW is offering the 3-Series with an eight-speed automatic transmission for any of its petrol and diesel variants, making it the first carmaker to offer it in the premium-midsize segment. Compact and efficient, BMW claims that it allows the new 3-Series to match or even outperform models fitted with the standard six-speed manual gearbox in terms of both fuel economy and emissions.

Auto start-stop function, which comes as standard, brake energy regeneration and optimum shift indicator also play their part in reducing fuel consumption. In addition, BMW's new Driving Experience Control switch not only offers Comfort, Sport and Sport+ options, but also an ECO PRO mode that helps drivers maximize their fuel economy through their driving style. BMW will add further cutting-edge engines to the 3-Series' line-up in 2012 when the BMW ActiveHybrid 3 celebrates its premiere.

BMW's ConnectedDrive system gives the all-new 3-Series an unmatched combination of driver assistance technology and mobility systems, chief of which is the latest-generation full-color head-up display that projects key information--in sharp resolution--onto the windscreen so it appears directly in the driver's field of view. Also available is surround view with side view and top view to give the driver a bird's-eye view of the vehicle and the area around it. In addition, a parking-assistance system helps the driver to maneuver into parking spaces.

Other assistance technology available under the BMW ConnectedDrive banner are active cruise control with stop-and-go function, a lane-change warning system and lane-departure warning system with camera-based collision-warning system that is being offered for the first time in a BMW 3-Series sedan.

"With its blend of sporty performance, aesthetics, and fuel efficiency, the 3-Series offers drivers something so pure, so desired, and yet impossible to substitute or quantify: 'Freude am Fahren' or 'Sheer Driving Pleasure,'" said Ian Robertson, board member of BMW AG for sales and marketing. "Whatever the language, the message is the same: the BMW 3-Series Sedan serves as the global BMW brand ambassador because it offers so many customers so much joy around the world. This is why the 3-Series is the heart of the BMW brand."