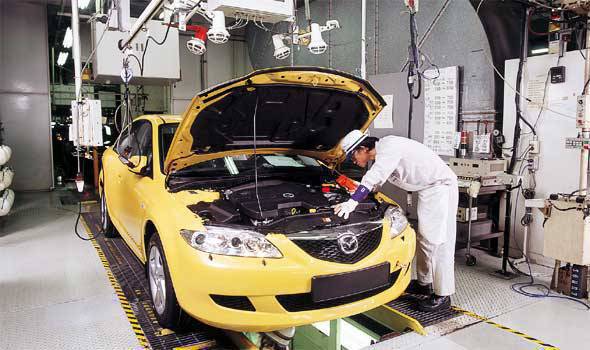 The Japanese-brand-dominated Philippine car industry is currently assessing how the March 11 double disaster in Japan will affect supply in the local market.

"Carmakers are halting production--even at plants not affected by Friday's 8.9-magnitude monster quake--partly to give workers time to regroup with families," AutoNews.com said in a report.

The report added that the automotive industry's supply chain is also affected as some parts makers could not be contacted even three days after the disaster struck.

"There is also concern about export shipments being interrupted by tsunami damage to the nation's ports," AutoNews.com said.

Should we be worried about automotive supply in the Philippines?

"We have yet to assess fully the impact--if any--on supply," said Elizabeth Lee, president of the Chamber of Automotive Manufacturers in the Philippines.

Three of the top five brands in the country are from Japan--Toyota, Mitsubishi and Honda. Other active Japanese brands in the Philippines include Isuzu, Mazda, Nissan and Suzuki.

"Note that a significant volume of vehicles sold in the market are sourced within ASEAN although there are some sourced from Japan," Lee said.

She added that some of the high-volume models from Japanese brands are already assembled in the Philippines.

"For those products, it's business as usual," Lee said.

Toyota Motor Philippines has already said a temporary stoppage in production will not significantly affect its operations since it has a three-month ordering parameter. Toyota also locally assembles best-sellers like the Vios and Innova.

Mazda Philippines, on the other hand, is also assessing its supply. Its parent firm in Japan has recently announced the extension of its production suspension in the Hiroshima and Hofu plants until March 21.