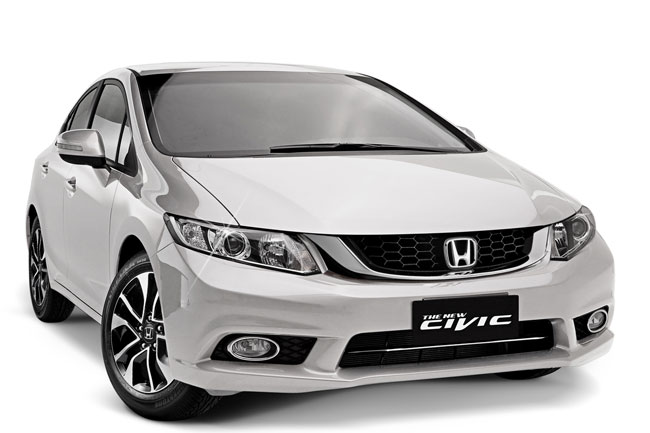 When Honda Cars Philippines refreshed the Civic earlier this year, it also streamlined the lineup of its venerable compact sedan. The top variants received Mugen and Modulo kits, and a 1.8 S automatic was retained for those who preferred the stock look.

We thought the Civic lineup was a bit sparse, but we assumed the Japanese carmaker simply wanted to concentrate on its City cash cow as well as the exciting Brio twins, not to mention the popular Jazz. It turns out Honda was just biding time before reinvigorating one of its most popular models.

Now, HCPI has just announced its 2015 Civic lineup, including a base model equipped with a manual gearbox. All in all, from the previous three-variant selection, you now have six Civics to choose from. Here’s the complete list and their prices (those in bold are the new variants):

Note that P20,000 is added for the White Orchid Pearl color.

The cabin improvements that were introduced in the midyear facelift also make it to some of the new variants. These include the 7-inch touchscreen display that first appeared in the new City, as well as the multiview backing-up camera and HDMI port.

Standard across the lineup are driver and passenger airbags, and ABS with EBD. The 2.0-liter variants get extra side airbags, side curtain airbags, vehicle stability assist, hill start assist, and a seatbelt reminder for the front passenger.

The new Civics are already available at Honda dealerships as you read this. With a wide range of models thanks to all the cars launched this year, there has never been a better time to visit a Honda dealer near you.

Honda Jazz Mugen Limited Edition is what we want for Christmas
View other articles about:
Read the Story →
This article originally appeared on Topgear.com. Minor edits have been made by the TopGear.com.ph editors.
Share:
Retake this Poll
Quiz Results
Share:
Take this Quiz Again
TGP Rating:
/20