BMW is on a roll by launching the redesigned 7-Series just days after the new X7
by Anton Andres | Apr 20, 2022
CAR BRANDS IN THIS ARTICLE

Just a few days have passed since BMW pulled the covers off the face-lifted X7. Not content with one debut this month, the boys from Bavaria have now launched their all-new flagship sedan, the seventh-generation 7-Series. BMW says it packs a whole heap of tech, along with a theatrical back seat experience. 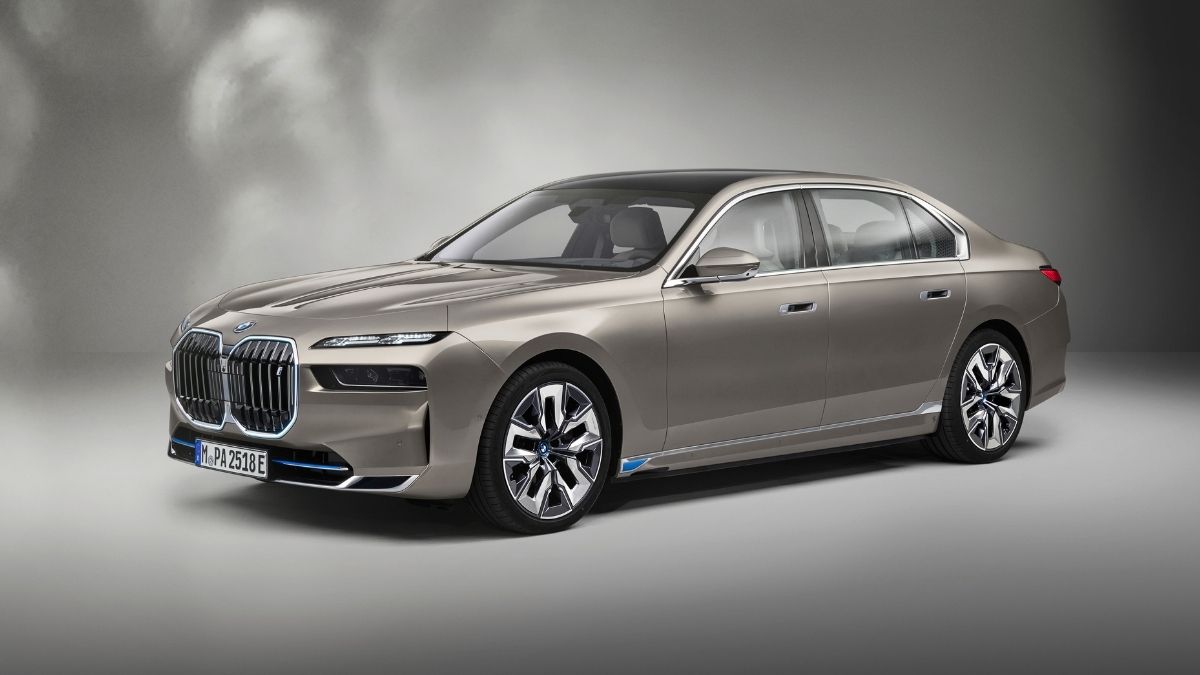 But first, let’s talk about the styling. BMW’s design language has been polarizing lately, with the large kidney grilles being a common talking point. It’s no different with the all-new 7-Series, and that’s not the only radical change BMW made to the luxury sedan. Like the X7, the redesigned 7-Series has a split-headlight design. The main lights are a slim strip near the hood’s edges, while the auxiliary lights are a little lower down. If that’s not enough, the 7-Series is also available with an illuminated grille for those who think the front end is too tame. 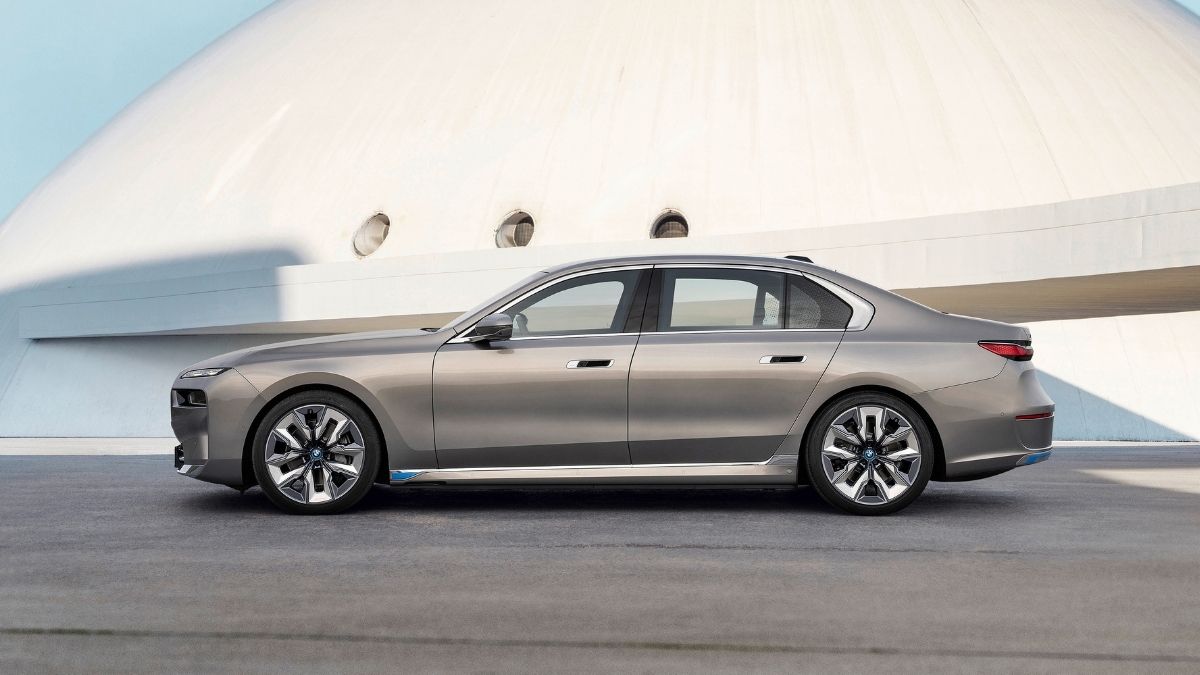 That said, the side is more of an evolution from the outgoing model. A strong character line runs from the fender to the taillights, while a subtle crease follows the lower sills. The signature Hofmeister Kink gets a new twist, and the rear doors appear more angular than the previous model. New to the 7-Series are flush door handles that only require a touch on the sensors. 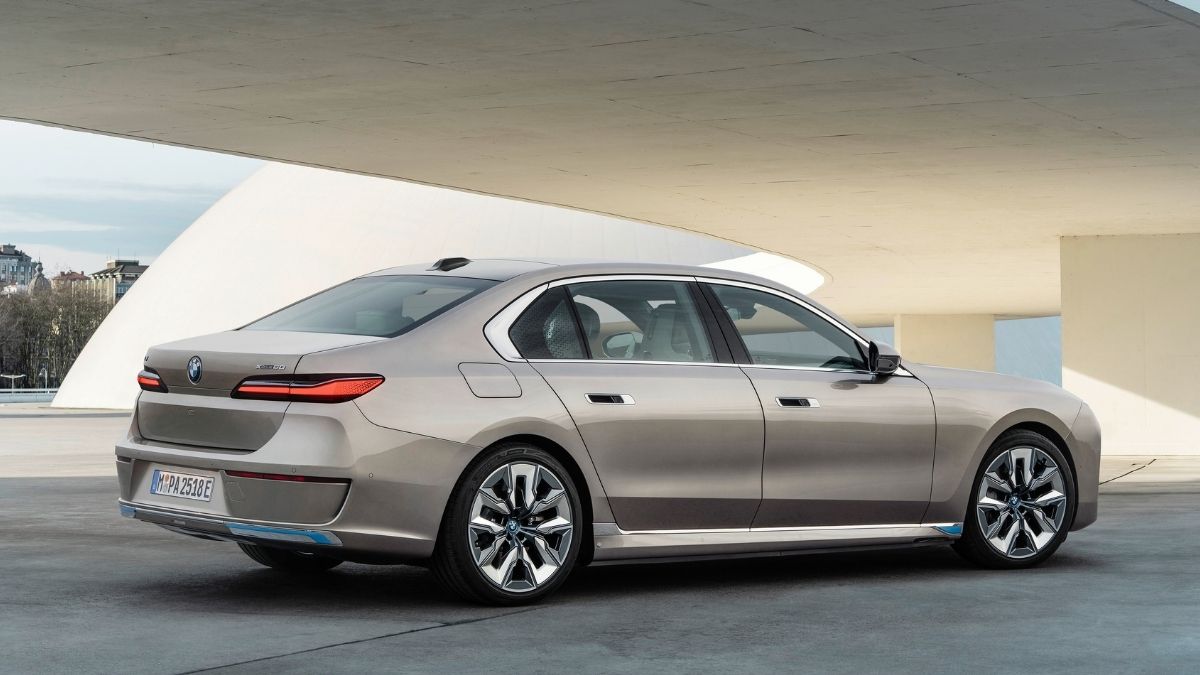 Like most recent BMW products, the taillights of the new 7-Series are slim, although a subtle L-shape connects it to the past generations. Much of the rear is dominated by the sizable bumper, but the angles on it give more character. 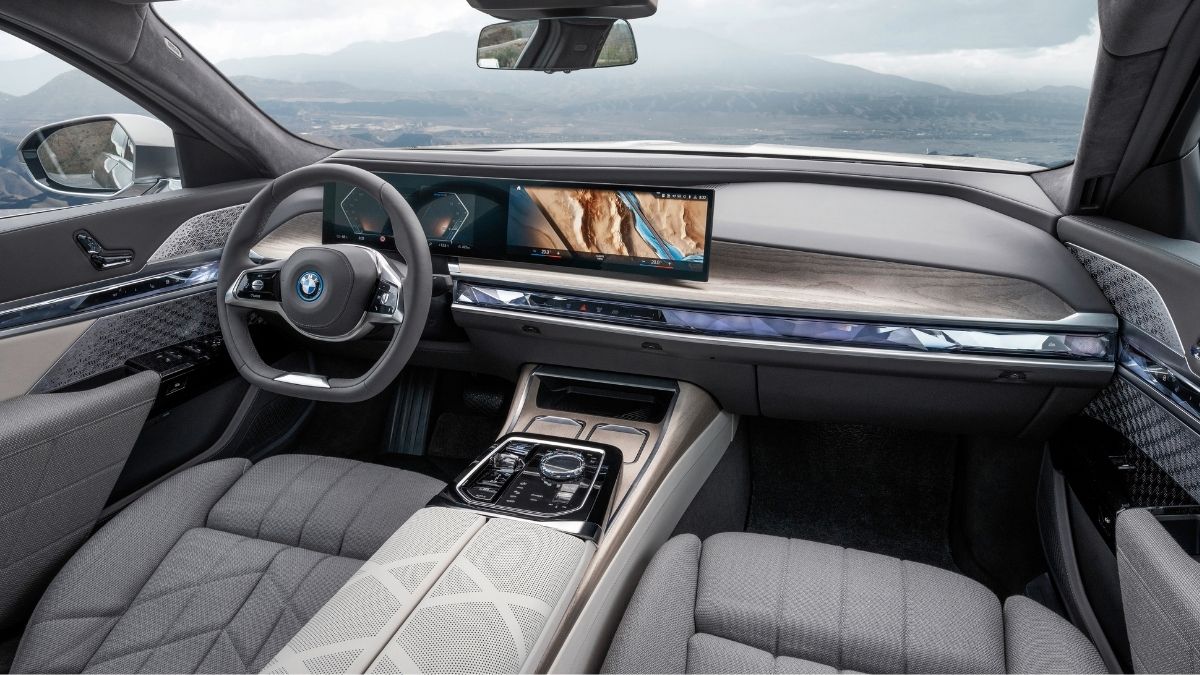 Jump in the front, and you’re greeted by two wide screens. The instrument cluster is digital and customizable, and just beside it is the infotainment screen. Infotainment settings are controlled via touch or the iDrive scroll wheel. It also has the latest iDrive software we can expect in future BMW models. 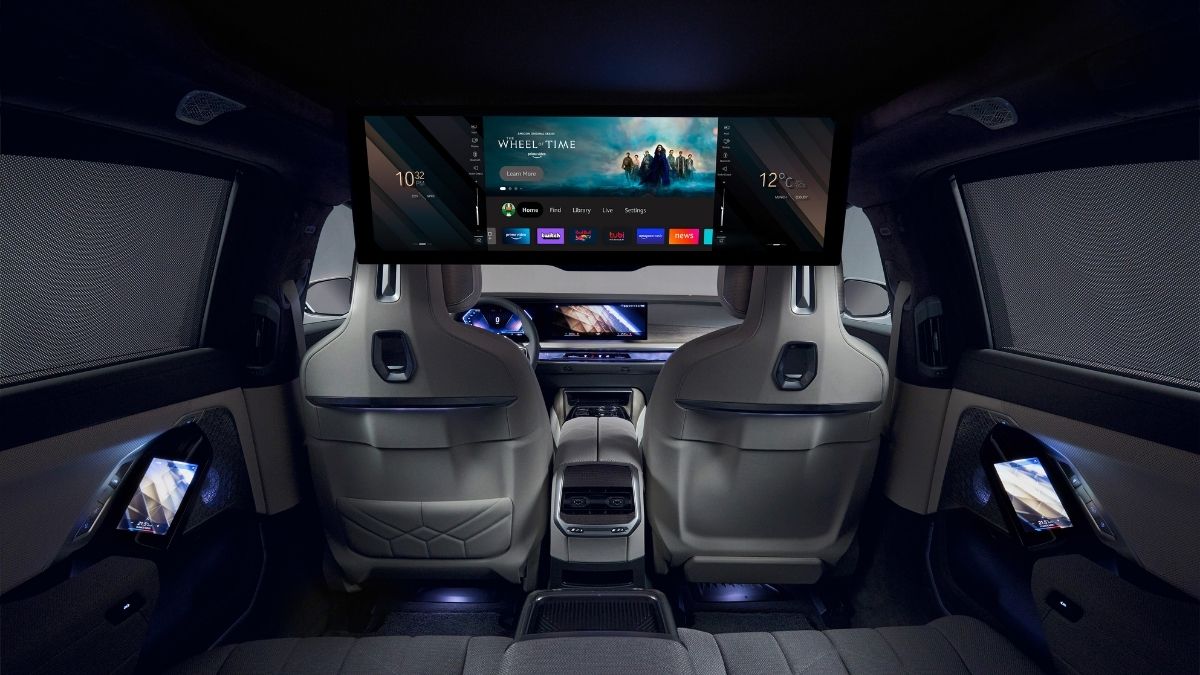 But the main highlight here is the back seat. Go for the Executive Lounge option and you get rear seats that recline with individual neck adjusters. It also has leg rests to let the passenger stretch out. But if that’s not enough, there’s the BMW Theater Screen—a massive 31.3 display that glides down from the car’s ceiling and also acts as a touchscreen.

You can also control it through the built-in touchscreen remotes mounted on the doors. The Bowers & Wilkins Diamond Surround Sound system aims to give occupants an immersive experience, and the setup will even close the car’s sun shades for good measure. 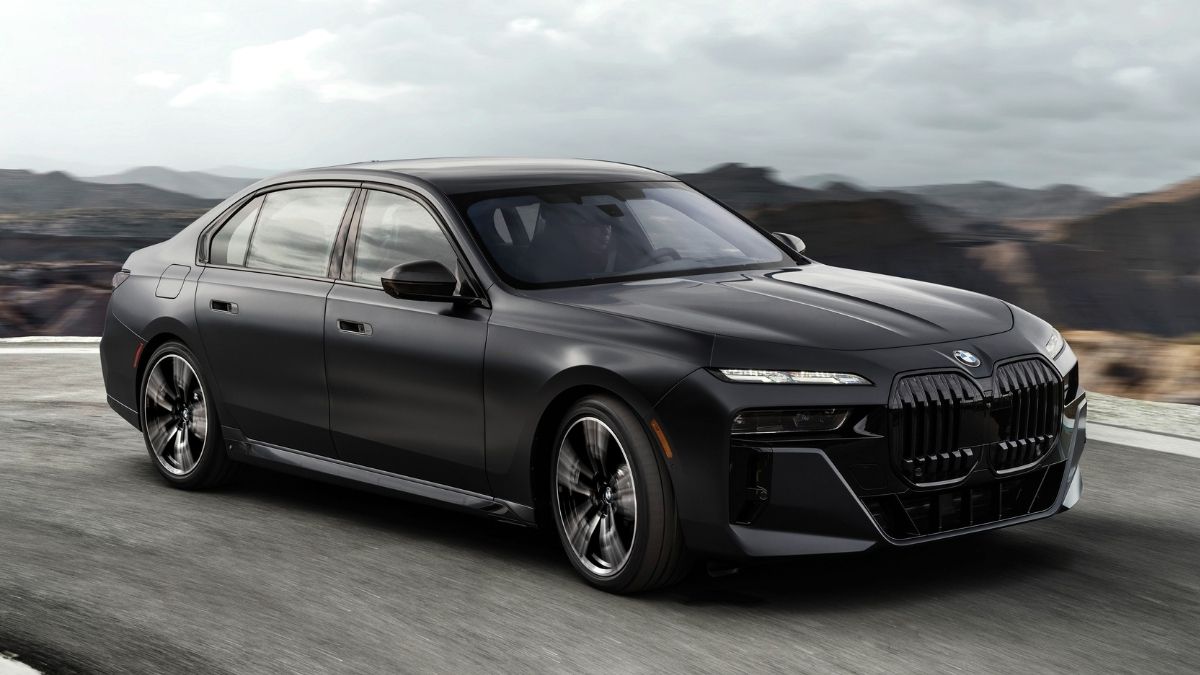 From now on, all BMW engines feature mild-hybrid technology. For the gas engines, there is a turbo six and a turbo V8, while the turbodiesel gets a six-cylinder. The 3.0-liter TwinPower Turbo powers the 740i model, and it’s good for 375hp and 520Nm of torque. The boosted V8 is reserved for the 760i and packs 536hp and 750Nm of torque. BMW also introduced the all-electric i7, a first for the 7-Series lineup.

Sales for the all-new 7-Series in Europe will start later this year. With that, the local launch could happen sometime in mid-2023 or early 2024. 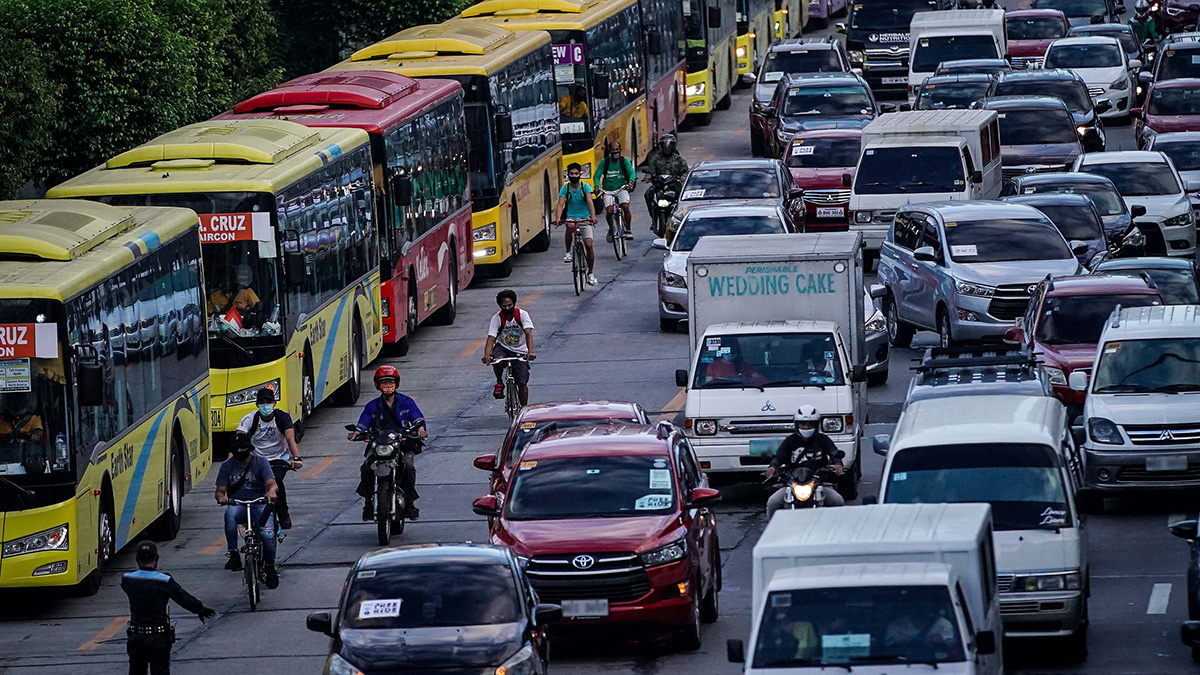 Provincial bus commuters can change buses at these terminals outside of 10pm-5am window
View other articles about:
Recommended Videos
Read the Story →
This article originally appeared on Topgear.com. Minor edits have been made by the TopGear.com.ph editors.
Share:
Retake this Poll
Quiz Results
Share:
Take this Quiz Again
TGP Rating:
/20