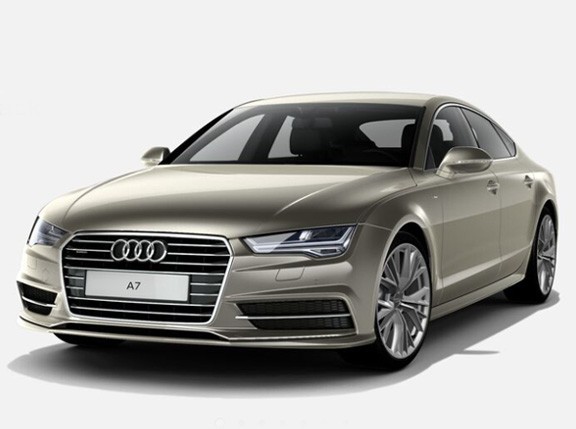 Less than a year after its debut at the Detroit Auto Show in January, the Audi RS7 is now officially on sale.

Called by Audi as \"the epitome of aesthetic design, innovative technology and track-tested performance,\" the RS7 is a five-door coupe equipped with a 4.0-liter twin-turbo V8 engine that puts out 560hp and 750Nm of torque, allowing the car to sprint to 100kph in 3.9sec before it reaches its top speed of 305kph.

Despite the car\'s level of performance, Audi claims the fuel mileage of the RS7 is at 10.204km/L. Credit for this goes to the German carmaker\'s cylinder-on-demand technology, which deactivates cylinders 2, 3, 5 and 8 by closing their valves via electromechanical actuators when the car is running at low to medium loads and engine speeds. When the car is running on just four cylinders, its fuel efficiency supposedly improves by up to 15%. Active engine mounts also eliminate vibration whenever the RS7 switches between its eight- and four-cylinder modes.

Making the RS7 stand out from the standard A7 are its design details like the bumpers, aluminum-matte or high-gloss black grille, honeycomb grille inserts, adaptive rear spoiler, rear diffuser and two large elliptical tailpipes to \"signify the performance that the RS7 has to offer.\"

The RS7 also has Audi\'s side assist system, which monitors the blind spot areas and detects fast-approaching vehicles at a range of about 150ft to the rear of the car.