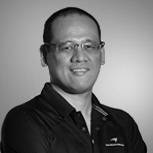 In pictures, it sort of looks like--and I\'ll be honest here--a fat Hyundai Accent. The sedan, at that. True, it struts more stylish pieces, obvious even in photos, but its shape suggests Hyundai-ness. It\'s one of those cars that are simply sensitive to the angle the camera shoots from.

It\'s BMW\'s newest 3-Series spinoff, appended with the Gran Turismo tag. In real life, trust me, it looks a whole lot better, a whole less Hyundai-ish--if at all. And I\'m sure that isn\'t because a vast fleet of it, lined up on the grounds of a villa, was shimmering under the golden rays of the Mediterranean sun in Sicily when I first saw the car. All right, that had something to do with it, but still that does not take anything away from the 3-Series GT\'s better looks when seen in the sheet metal.

This encounter was way back in March, when BMW broke the car out to the world press through a drive across Italy\'s famous island region. On October 3, Asian Carmakers Corporation, the Philippine distributor of the car brand, will unveil the BMW 3-Series Gran Turismo to join its local stable.

Now, what is the 3-Series GT? Well, it certainly isn\'t a Touring, the 3-Series\'s estate version, because that one is a stunner. The GT isn\'t meant to be a wagon, and nor is it aspiring to be a coupe as there\'s the 4-Series now to take care of the 3\'s two-door variant. What the 3-Series GT addresses, various BMW execs at the launch program asserted, is a longtime niggle in the 3-Series\'s greatness--the lack of room in the backseat. The GT, you see, sits on a wheelbase that\'s almost four-and-half inches longer, and the car grew more than three inches tall and is significantly longer than the wagon (by 7.9 inches), too. So space in the backseat approaches 5-Series levels, plus the seats fore and aft are higher.

But it\'s not a 5-Series as well, the BMW guys said, as the 3-Series GT will supposedly appeal to a more stylish, younger set. What it has in its butt, then, is a hatch that lets access to a roomy boot that can swallow plenty of getaway luggage, lifestyle toys or premium produce from the grocery.

At the world launch, two variants of the 3-Series GT were for the taking: the 320d and the 335i. The former has a four-pot, 184hp, 380Nm, 2.0-liter diesel mill, while the latter gets a 3.0-liter gasoline in-line-six that makes 300hp and 406Nm. Both powerplants benefit from BMW\'s TwinPower turbo and Valvetronic techs, and are bolted on to eight-speed automatic gearboxes (at least the cars at the reveal) that send grunt to either 18-inch or 19-inch alloy wheels. On the mostly deserted, mostly mountainous Sicilian roads, neither one of the two 3-Series GT variants was a sloppy handler--license-losing fast when you push them, quite agile on serpentine roads, and silken in everything they do. Fact is, they drove like the lissome 3-Series.

And that, let me assure you, is saying a lot.

Did the Webber/Alonso taxi ride at Singapore GP deserve punishment?
View other articles about:
Read the Story →
This article originally appeared on Topgear.com. Minor edits have been made by the TopGear.com.ph editors.
Share:
Retake this Poll
Quiz Results
Share:
Take this Quiz Again
TGP Rating:
/20