Say what you will about UFC champ Conor McGregor. He's loud, cocky, and obnoxious—and that's before he even steps foot in the cage. But the Irishman is making it more and more difficult for critics to deny his talent.

Just this past weekend, he silenced the doubters once again when he knocked out Eddie Alvarez to win the UFC lightweight title at UFC 205. This makes him only the third man in UFC history to become a champion in two different weight classes, and the only one who has held two titles at the same time. Impressive stuff.

Equally impressive is the ride he used. Prior to the historic event in Madison Square Garden, 'The Notorious' strolled around New York City in a customized Rolls-Royce Ghost courtesy of Rolls-Royce North America. The British carmaker prices the car at around $350,000 (P17.3 million) in the US.

The most obvious customization on this luxury sedan is McGregor's face and nickname emblazoned all over the body, a nice wrap job done by WrapColors.com. McGregor proudly posed with his new ride all week for his Instagram account. It's not the first time that we've seen him with a nice car, either. In the past, he's been photographed with a Lamborghini Aventador Roadster, a BMW i8, and a Bentley Continental, among others.

Check out these Instagram photos for a closer look at McGregor's ride. We can't really say if having this car leading up to the fight helped him to win the title, but it probably didn't hurt that he cruised around in those luxurious seats. Just being in a Rolls-Royce is enough to make you feel like a champion, regardless of your achievements. 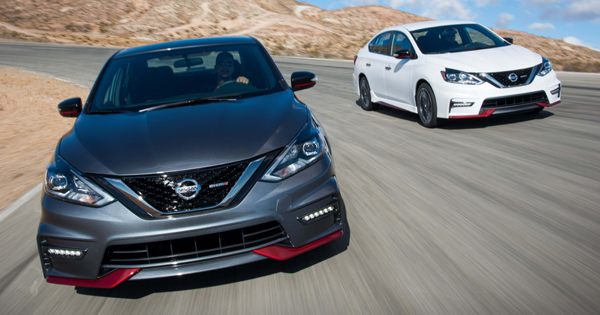 The Nissan Sentra is the latest model to join the Nismo family
View other articles about:
Recommended Videos
Read the Story →
This article originally appeared on Topgear.com. Minor edits have been made by the TopGear.com.ph editors.
Share:
Retake this Poll
Quiz Results
Share:
Take this Quiz Again
TGP Rating:
/20