Some takeaways after the Tesla Model 3's official launch 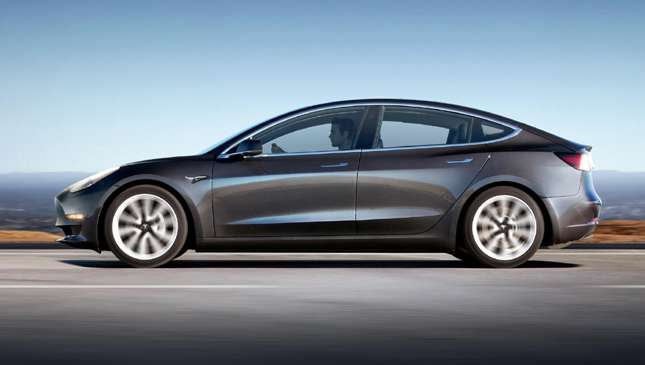 So the first 30 production versions of the new Tesla Model 3 have now left the factory, after a handover presentation outside Tesla’s Fremont factory.

Company boss Elon Musk was on hand to personally oversee the handover, as well as giving us a little insight into the world of the new Model 3 (And a quick drive in a Long Range version).

Here’s what we learned… 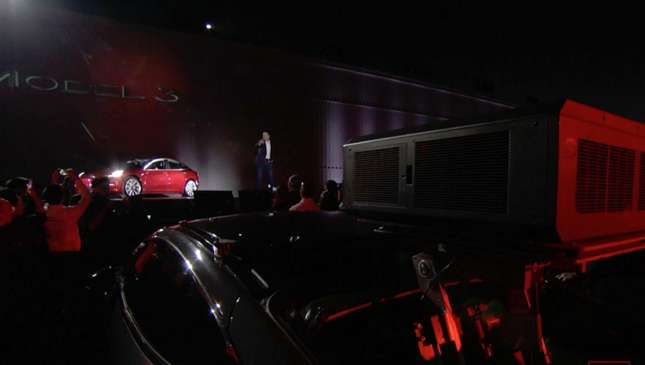 The entire presentation was powered by a Tesla Model S.

A projector was mounted on the roof of a Tesla Model S and used its battery pack to rifle through Elon's slides. It was beamed onto the side of the outside factory wall.

Lead by example, and all that… 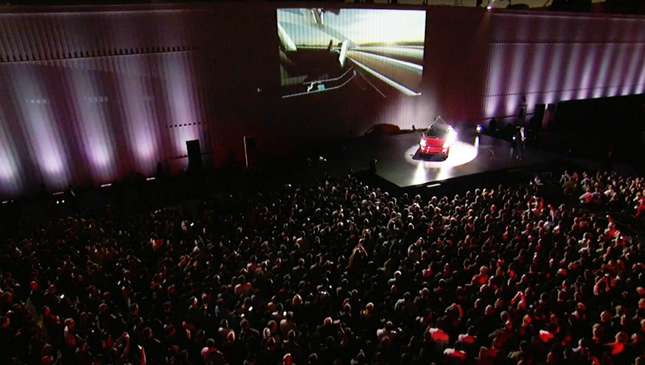 Tesla is about to enter 'production hell.'

The audience was comprised of people who had designed, engineered and built the Model 3. Elon noted that following the Model 3's huge interest and pre-order bank, the next six to nine months would be a major challenge, in order to build a huge number of cars.

"Frankly, we're going to be in production hell," he joked. "Welcome to hell!

"As the saying goes, if you’re going through hell… keep going." 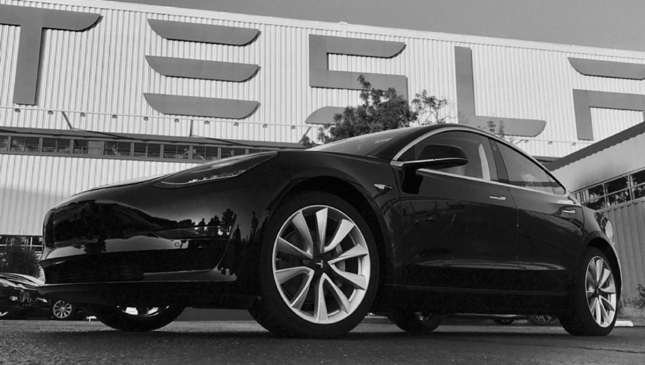 The design of the Model 3 was deliberately kept simple and clean.

This is because in the future—"the future being now," Musk said—cars will be increasingly autonomous. "You won't really need to look at an instrument panel all that often," he said. "You'll be able to do what you want—watch movies, talk to friends, go to sleep…"

So the design team 'agonized' over every detail, including things we'll never even notice, apparently. 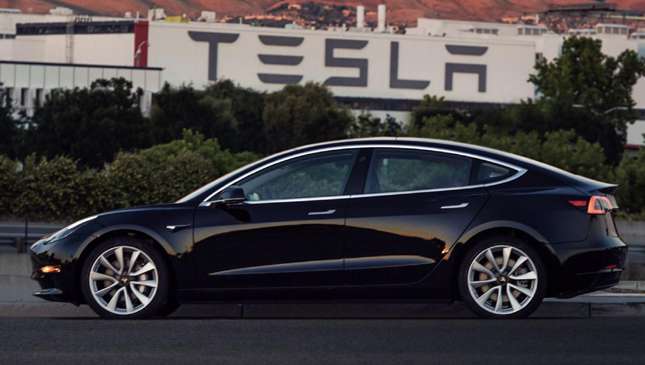 Every single Tesla being built today is capable of full autonomy.

That's, um, S, 3 and X—to arrange the Tesla line-up in a manner most amusing—able to deploy full autonomy. The 3 gets eight cameras, forward radar, and twelve ultrasonic sensors along with computing ability a feeble human mind cannot fathom. 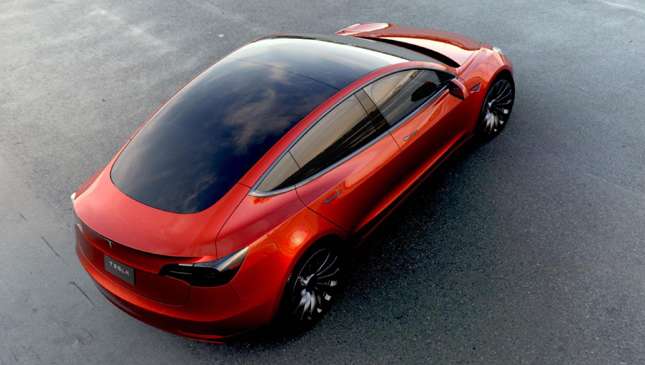 The glass canopy was pinched from the Model X.

"Since it's smaller than the Model S," Musk said, "how do we make it smaller on the outside but bigger on the inside?" The answer lies in the X's glass roof—"which makes you feel like you're flying a helicopter"—turned around and put on the rear of the 3.

More headroom and a greater sense of space inside. "It was one of the toughest design challenges of making the Model 3," he said. 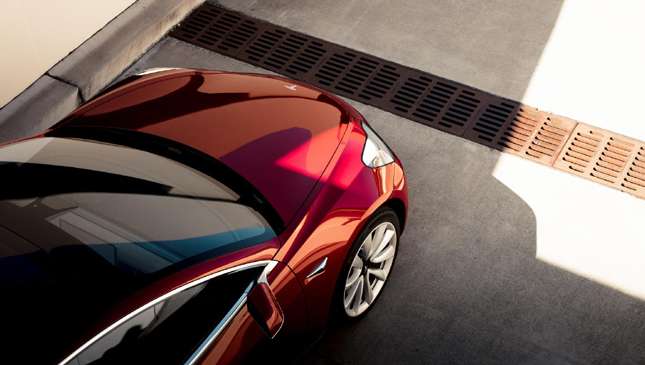 And that's with getting the 'part count' down, too. Musk said the 3 has been engineered to be easier to build than the Model S. "The Model S is an amazing car but it's very hard to build," he conceded. 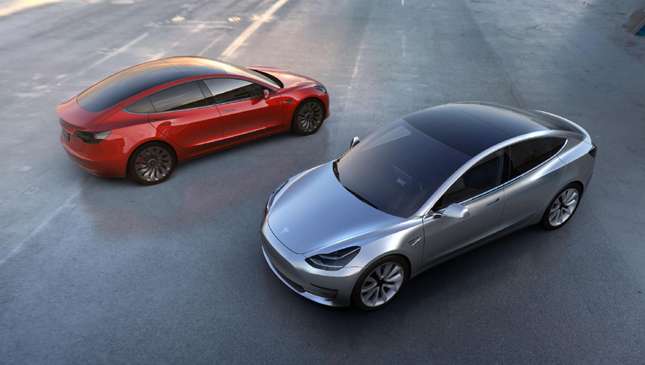 It's apparently safer than a Volvo S60.

He then cuts to a video showing side impacts of both a Tesla Model 3 and a Volvo S60. The S60 gets considerably more squishy than the 3.

"There are cars that say they are five-star. They are—though that's not a scientific metric. The Volvo is arguably the second safest car in the world." The audience applauds. Musk laughs. "It is obvious which car you would prefer to be in, in an accident," he says.

Safety then, was 'first and foremost' in engineering the 3. 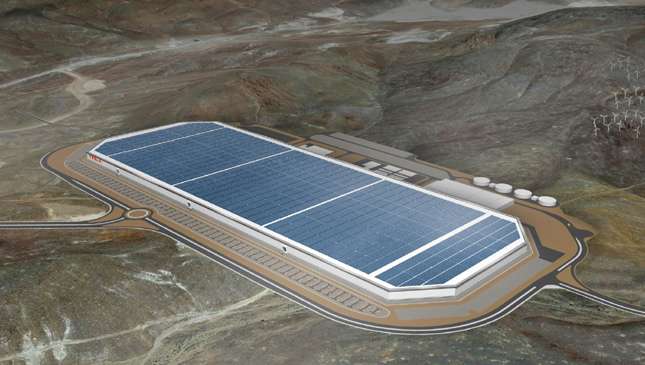 The Gigafactory is the largest battery factory in the world.

When complete, the Tesla Gigafactory will churn out more lithium-ion batteries than the rest of the world combined. From one building. The Fremont base is looking to pump out half a million Model 3s, along with 100,000 S and Xs; more if they can handle it. 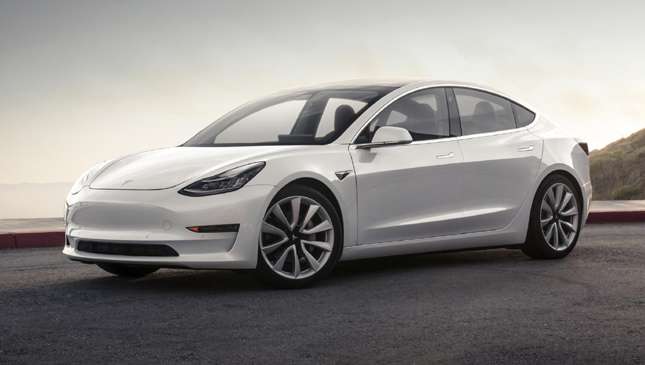 The initial production target is 5,000 cars per week. By the end of 2018, double. Not only that, there's a plan to triple the number of superchargers across the globe, making it possible to quick charge your car anywhere.

"Eventually you’ll be able to go anywhere on earth," he said. "Technically you can—the supercharger is just about charging your car really fast." 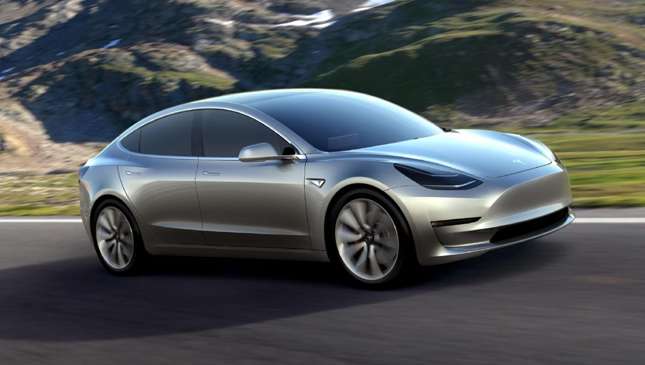 The first 30 production cars are for customers, but we found out that another 20 Model 3s exist for engineering validation.

Who knows, perhaps one of these is testing a beta version of a dual-motor, AWD Ludicrous Model 3… 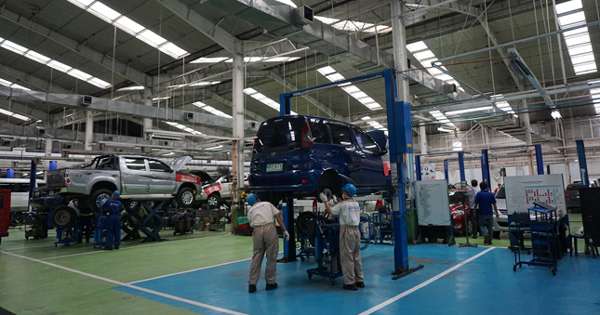