If you want to save on gas but don't want to scrimp on a ride's luxury features, your car has arrived.
by Patrick Everett Tadeo | Sep 16, 2009 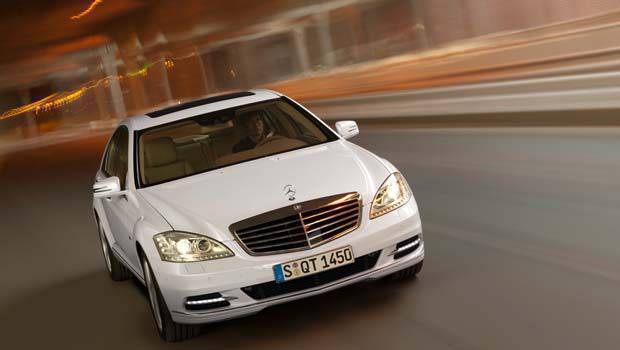 CATS Motors, the exclusive distributor of Mercedes-Benz vehicles in the Philippines, has officially launched the Mercedes-Benz S 400 Hybrid.

"We've brought the S 400 Hybrid over not because we wanted to be the first in the region. We brought it over because it falls in line with CATS Motor's goal to offer every Mercedes-Benz model available to the local market," CATS Motors vice president Bob Shaw said in an interview.

The S 400 Hybrid is packed with all the features of the S 350 along with some extras that make the new Merc unique. While the S 400 uses the S 350's 3.5-liter V6 engine, the mill has been substantially tweaked with a new cylinder head, different pistons and a modified camshaft to bump the power up to 279 horsepower with 350 Newton-meters of torque while reducing fuel consumption.

The magic behind the S 400 Hybrid, however, lies with its electric motor and the lithium-ion battery.

The Mercedes-Benz S 400 Hybrid's compact, disc-shaped electric motor has a peak output of 20 horsepower with a starting torque of up to 160 Newton-meters.

The motor is located between the engine and the 7G-TRONIC automatic transmission been adapted to suit the hybrid drive, and acts as both a starter and generator which improves the S 400 Hybrid's fuel efficiency even further.

Combined, the Mercedes-Benz S 400 Hybrid's petrol engine and the electric motor produce 299 horsepower with a maximum torque of 385 Newton-meters.

"We, at CATS, are looking forward to bringing in more eco-friendly vehicles in the RP market. We find delight in giving our discerning customers a lot of world-class options to suit their needs and personal preferences. And we find even more delight in being one with Mercedes-Benz in its commitment to the environment and to emission-free mobility," CATS Motors president Felix Ang said.

Apple trumps men
View other articles about:
Read the Story →
This article originally appeared on Topgear.com. Minor edits have been made by the TopGear.com.ph editors.
Share:
Retake this Poll
Quiz Results
Share:
Take this Quiz Again
TGP Rating:
/20