Enchanted Kingdom continues to promote local motorsports as it gears up for another series of races in August."/>
News

EK to host races in August

Enchanted Kingdom continues to promote local motorsports as it gears up for another series of races in August.
by Patrick Everett Tadeo | Jul 16, 2009 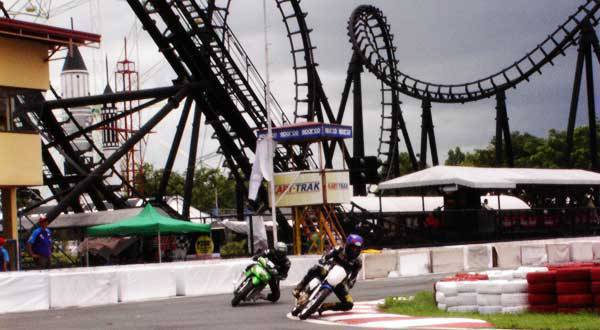 The races have evolved from a week-long event last year to a five-week speed festival dubbed as Speed Month @ EK.

"Motor sports enjoy a natural affinity with the city of Santa Rosa, known as the ‘Detroit of the Philippines,' and home of the assembly plants of Ford, Toyota, Nissan, Honda and Mitsubishi. Races, like theme parks, are top crowd-drawers and Enchanted Kingdom is proud to showcase both at the same time," EK president and chairman Mario Mamon said.

Speed Month @ EK races include the Magnolia Karting Series (August 1 and 2) and the Magnolia Health Tea Underbone King Championships on (Aug. 8 and 9) led by the Carmona Race Trak, the National Slalom Series (Aug. 9) led by Race Motorsports Club, the Philippine Autocross Championship Series (Aug. 22 to 23) by Shago Racing, and Rally Extreme (Aug. 2 and 30) by Roadwise Motoring Foundation. The races are supported by the Automobile Association of the Philippines.

Tata Nano passes Euro tests
View other articles about:
Read the Story →
This article originally appeared on Topgear.com. Minor edits have been made by the TopGear.com.ph editors.
Share:
Retake this Poll
Quiz Results
Share:
Take this Quiz Again
TGP Rating:
/20