Fresh record for the hatchback
by Anna Barbara L. Lorenzo | Sep 21, 2011
CAR BRANDS IN THIS ARTICLE 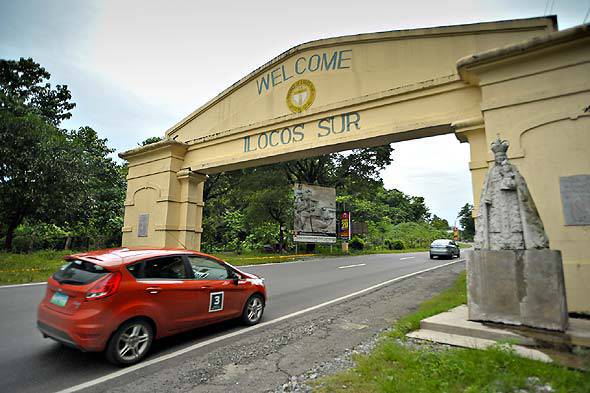 Six teams of fuel-economy drivers recently beat the 19km-per-liter record set by the Ford Fiesta in a 16-hour trip to Ilocos Norte.

The best mileage recorded by the 1.6-liter Ford Fiesta hatchback was posted by the team composed of Tessa Salazar (Philippine Daily Inquirer) and Dino Directo (Manila Standard), which registered 23.663 kilometers per liter. It was followed Team Top Gear--staff writer Sharleen Banzon and this writer--with 19.545km per liter.

"We beat the DOE (Department of Energy) record. We didn't know we could go beyond 19 kilometers" said Anika Salceda, Ford Group Philippines' assistant vice president for communications. When Ford conducted a similar run with the DOE, the 1.6-liter Ford Fiesta hatchback achieved an 18.84km-per-liter mileage while the sedan ran 19 kilometers per liter.

The lone sedan in the group, driven by Fiesta owners Omar Gabrieles and Sherwin Go, covered 18.297 kilometers per liter.

A group of six cars participated in the fuel-economy run that started at 5am in Balintawak, crossed various provinces up north via highways as well as tight small-town and city roads. The Fiestas were battered by heavy rains in Subic in the morning and in the Ilocos region in the afternoon and evening, and had to occasionally wade through flooded areas.

When asked about how his team maximized the fuel on the Fiesta hatchback, Directo said keeping the momentum is key.

While Team Top Gear tried to run at around the same speed, Shiela Flor Javier from the UP National Center for Transportation Studies said we were accelerating faster, which gave the winning team is advantage. Javier is one of the auditors who checked the results of the fuel-economy run.

A lot of people may say the numbers are unrealistic because of the controlled environment. But the thing is, if you want to save fuel, you really have to take control of certain factors. In this run, the fuel tanks were filled with the same type of gasoline, the route and pit stops were set, the fuel lid and engine compartment were sealed, and the fan was set at #1.

In real-life driving, factors that you may want to control include your acceleration level, speed and rpm get the optimum mileage for your car. You even have to keep your emotions in check as road rage or even the slightest degree of impatience will make you want to just floor it--and you can say goodbye to fuel economy.

The Ford Fiestas in this eco-run were filled with Shell FuelSave. For fuel-saving tips from Shell, click here.

Artist creates artwork depicting cars out of dirty walls
View other articles about:
Read the Story →
This article originally appeared on Topgear.com. Minor edits have been made by the TopGear.com.ph editors.
Share:
Retake this Poll
Quiz Results
Share:
Take this Quiz Again
TGP Rating:
/20