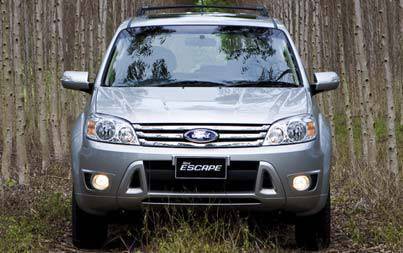 Ford Group Philippines posted export growth of close to 13 percent in the first half of the year despite a generally gloomy atmosphere in the automotive market.

Data from Ford showed the company exported 3,595 units in the first six months.

Since it started exporting vehicles in 2002, Ford has sold 62,000 units in Southeast Asia.

Ford sells the Ford Focus, Ford Escape, Mazda3 and Mazda Tribute to Thailand, Indonesia, Malaysia, among other markets in the region.

Nearly half of Ford Philippines' output account for exports and the local group's efforts do not go unnoticed.

In March, Ford's Philippine-made Focus TDCI PowerShift and the Escape bagged the Car of the Year awards at the 2009 Bangkok International Motor Show.

"All these were made possible by the availability of world-class Filipino workforce who are highly skilled and engaged," Ford Group Philippines president Rick Baker said.

Ford Group Philippines is the first and currently the only exporting automotive manufacturer in the country.

F1 heads to Hungary
View other articles about:
Read the Story →
This article originally appeared on Topgear.com. Minor edits have been made by the TopGear.com.ph editors.
Share:
Retake this Poll
Quiz Results
Share:
Take this Quiz Again
TGP Rating:
/20