After a lackluster performance nearly a decade ago
by Vernon B. Sarne | Feb 2, 2012
CAR BRANDS IN THIS ARTICLE 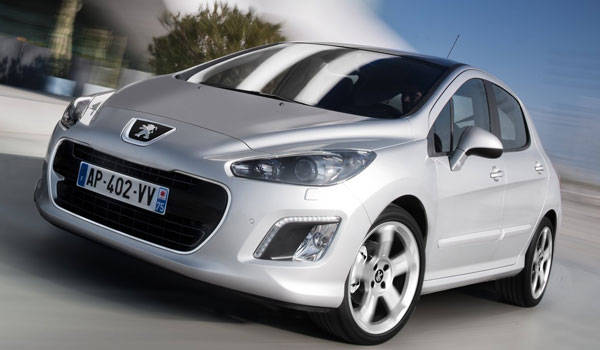 A source has tipped us off about the supposed comeback of French carmaker Peugeot to the Philippine market, this time to be imported and sold by the same group that distributes BMW (Asian Carmakers Corporation) and Kia (Columbian Autocar Corporation) in the country. The planned official launch, according to our source, is scheduled within the year.

This will mark the second time a Filipino distributor will attempt to sell the European brand in our market. In 2003, the now-defunct AutoFrance Philippines--then an affiliate of the Richard Lee-owned Universal Motors Corporation and Viking Cars Inc.--brought Peugeot in with moderate expectations. Made available locally at the time were the likes of the 206, the 206CC and the 307.

Alas, saddled with unfavorable exchange rates between the euro and the peso, the aforementioned Peugeot models couldn't be priced competitively enough to be successful in a price-conscious market. With weak sales, AutoFrance soon found itself in limbo, eventually folding up after several years of hanging on for dear life.

But PSA Peugeot Citroen--the mother company of Peugeot--is serious in its bid to expand globally, aiming to sell 50 percent of its cars outside Europe in 2015 and 67 percent by 2020. Apparently, the Philippines is part of that strategy. Lucky us, then.

In November last year, Peugeot, which churned out a total of 1,655,850 assembled units around the world in 2011, held groundbreaking ceremonies for a new assembly plant in India. It is expected to roll out its first car by 2014. India has been increasing its role as a main supplier of vehicles for the Philippine market.

Volvo is offering you a P1-million treat
View other articles about:
Recommended Videos
Read the Story →
This article originally appeared on Topgear.com. Minor edits have been made by the TopGear.com.ph editors.
Share:
Retake this Poll
Quiz Results
Share:
Take this Quiz Again
TGP Rating:
/20