Having been around since 1905, the Salon International de l'Auto, more popularly known as the Geneva Motor Show, is arguably the oldest of its kind in the world.

Like Switzerland's renowned neutrality, the Geneva Auto Show serves as a neutral ground for automakers from around the world and isn't focused on any particular area - it covers the entire gamut of the automotive industry, from production cars to design concepts, and even accessories.

But in today's economically-trying times, when other auto shows are either looking to cut costs even canceling shows altogether, the Geneva Motor Show has become the most important international venue for the industry. As much as 62 vehicles are making their debut on its stage.

With its location at the heart of Western Europe, it's not surprising that many European manufacturers and tuning brands are using the motor show to increase people's awareness of their product offerings - from mass-produced cars like Audi's A5 Cabriolet to Bugatti's one-off Veyron Bleu Centenaire to Rolls-Royce's 200EX concept to Brabus' high powered-treatment of Mercedes' G V12 S Biturbo G-wagen.

The Japanese are also represented in the Geneva Motor Show with Honda unveiling its S2000 Ultimate Edition; Nissan, its quirky Qazana crossover concept; and Toyota, its strictly European mini-MPV Verso.

Korea's automakers aren't to be missed as Hyundai and Kia unveil their HED-6 and No.3 concept cars, respectively.

Design and engineering houses have always used the Geneva Motor Show as the stage to reveal some of their own design exercises, and this year proves no different with EDAG's Light Car and IDEA's ERA making their debut in the show.

The Geneva Motor Show is open to the public from March 5 to 15. 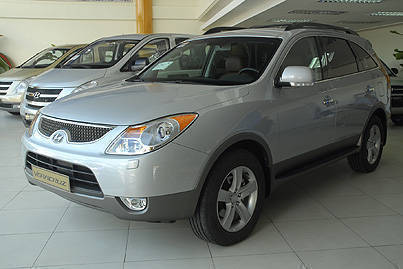 Bank sets stage for car financing fair
View other articles about:
Read the Story →
This article originally appeared on Topgear.com. Minor edits have been made by the TopGear.com.ph editors.
Share:
Retake this Poll
Quiz Results
Share:
Take this Quiz Again
TGP Rating:
/20