Good news for customers in Ortigas area
by Vernon B. Sarne | Apr 22, 2013
CAR BRANDS IN THIS ARTICLE 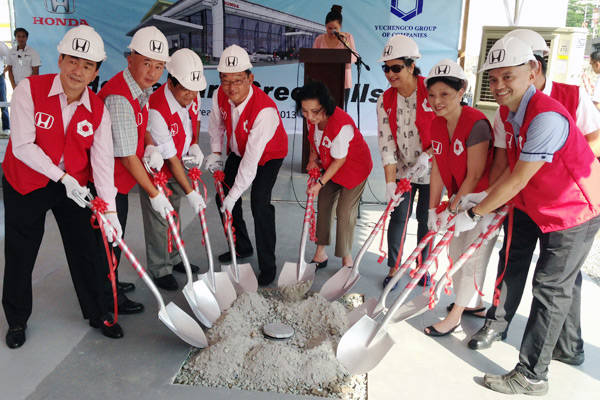 Good news for Honda customers in the Ortigas area: The Japanese carmaker is opening a new dealership in Greenhills later this year. Key people from Honda Cars Philippines and the Yuchengco Group of Companies held the groundbreaking ceremonies yesterday, apparently since the date was "good feng shui."

The new Honda Greenhills showroom will rise on Ortigas Avenue near the corner of EDSA and on the same row across La Salle Greenhills. According to general manager Johnny Fetalvero, the target opening date is in November, but they could be open for sales as early as September.

The new Honda dealership will sit on a 2,500sqm property with a 50m frontage, according to Fetalvero. Right now, the Honda dealer nearest to the area is the one on Shaw Boulevard.

"It's about time for Honda to have a showroom in the area," Fetalvero told TopGear.com.ph. "Among the major car brands, only Toyota doesn't have a dealership here."

An interesting bit we gathered from the event: Honda could introduce the full-model change of the Jazz next year, according to Fetalvero. 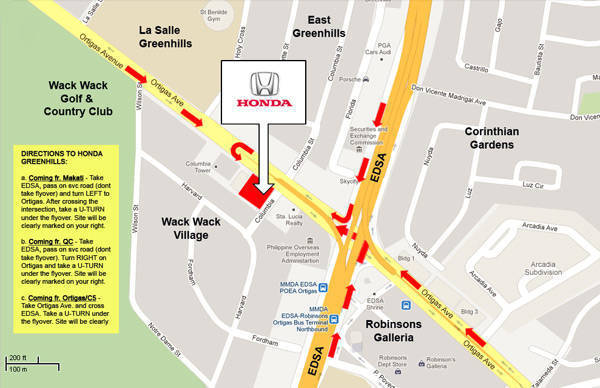 Laguna-based auto-body fabricator comes up with supercar kit
View other articles about:
Recommended Videos
Read the Story →
This article originally appeared on Topgear.com. Minor edits have been made by the TopGear.com.ph editors.
Share:
Retake this Poll
Quiz Results
Share:
Take this Quiz Again
TGP Rating:
/20