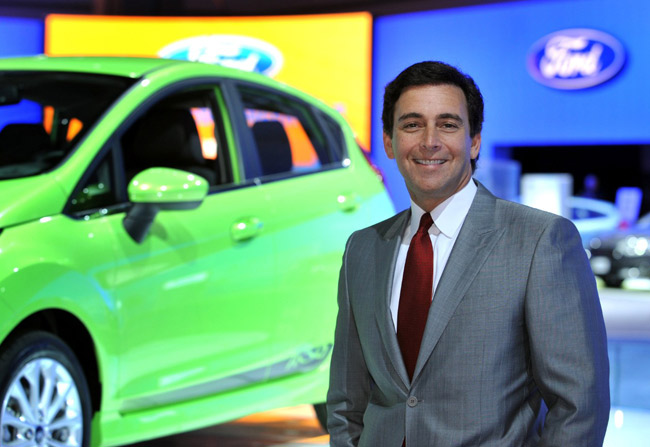 More than a week ago, we shared the report about the changing of the guard at Ford Motor Company. On May 1, it was made official during a press conference at Ford's headquarters in Dearborn, Michigan. Ford's current COO Mark Fields will replace Alan Mulally as Ford's CEO on July 1, 2014.

Fields was one of the first executives to follow Mulally's cooperative-style culture, and he said he plans to continue this. "Under Alan's leadership, we have seen the power of One Ford and what a culture of positive leadership and working together can accomplish," said Fields. "My commitment is to build on that success by accelerating our pace of progress."

The incoming CEO learned a lot from working alongside Mulally, who said, "I've never had anyone else follow me around who wanted to know everything. I have nothing left to teach or talk to Mark about."

A few months ago, Mulally had said he'd stay with Ford through 2014. It was a surprise to many when it was announced that he would retire on July 1, half a year earlier than expected. Mulally recommended the timetable of the transition be moved sooner because the leadership team of Ford was ready.

We wish Mark Fields all the best in his new position. And cheers to Alan Mulally, who, according to Bill Ford, is a "Hall of Fame CEO." May he enjoy his retirement (unless he's tempted to lead another company in dire straits).

Now that everything is official, let us know what you think: Do you think Fields, a student of Mulally, will do a good job leading Ford forward?

Video: After the Corvette Museum, another sinkhole swallows cars in US
View other articles about:
Read the Story →
This article originally appeared on Topgear.com. Minor edits have been made by the TopGear.com.ph editors.
Share:
Retake this Poll
Quiz Results
Share:
Take this Quiz Again
TGP Rating:
/20