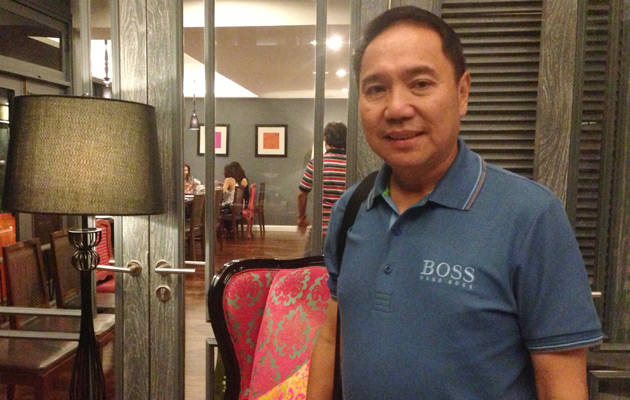 Unknown to most, there are now so many Chinese car brands in the Philippines that even we have lost count. Most of them are off the radar as far as the general car-buying public is concerned, either because they've earned a bad reputation for themselves in the past, or simply because Filipinos don't take them seriously and thus tune them out.

Admit it or not, Chinese car brands make us cringe. They evoke images of bogged-down cars and defective parts, not to mention horrible after-sales service. They're currently where Korean brands used to be in the early '90s, and heaven knows how many more years it will take them before they can win over our trust.

Honestly, from where we sit, nearly all Chinese brands in Metro Manila don't have a semblance of professionalism and reliability--with the exception perhaps of one or two like Foton. But even Foton isn't necessarily topping short lists among car buyers in Metro Manila. Just like other brands from China, it certainly still has a long way to go.

And yet, you see local distributors of Chinese brands crowding in the metropolis, making you wonder if they have the right business strategy.

Which brings us to Haima, another Chinese carmaker distributed in the Philippines by the Laus Group, which owns and manages a number of showrooms in Pampanga, selling different Japanese and Korean cars. We recently had a chat with Laus Group chairman and CEO Levy Laus, and we asked him about his company's strategy for Haima.

Laus's marketing tactic for Haima is unique in that it has no official presence in Metro Manila. Currently, it has six showrooms already in operation, but with every single one located in the provinces: two in Pampanga, two in Pangasinan, one in Baguio, and one in Bataan.

We asked the company boss why this is so.

"We're concentrating on the provinces because car customers in Metro Manila tend to be more critical," Laus told TopGear.com.ph.

Not to say, of course, that car buyers in the provinces don't have quality standards, or that Haima has substandard products. Laus is simply saying that it's generally difficult for a Chinese car brand to compete against more established rivals from Japan and Korea, especially if the market has strong biases in favor of the competition. What he's trying to say is that it is hard to build your brand by plunging headlong first from out of nowhere. The Laus Group's strategy is to slowly but surely build its reputation by catering first to customers with more basic needs, as opposed to selling right away to a market that's already used to Japanese quality and customer service.

Laus refused to divulge how many units Haima is selling now in the Philippines, but added that they're happy with the progress the Chinese brand has made since opening its first showroom in the country three years ago.

"I think Haima is one of the best among Chinese car brands when it comes to quality," Laus said, reminding us of the carmaker's previous technical partnership with Japan's Mazda (which explains why Haima cars look like Mazda models from the recent past).

Well, we here at Top Gear Philippines have borrowed test units from Haima and can honestly say they're decent. Not excellent but decent. Levy Laus may be right in selling these cars to provincial buyers first. Against cheap used cars from Subic and Port Irene, brand-new Haima units do offer a sensible alternative. Maybe Chinese car brands--at least for now--can indeed be successful outside Metro Manila, where consumer requirements are simpler and more spartan.

And then someday, hopefully, when Metro Manila customers have received enough positive feedback about the brand from relatives and friends in Pampanga or Baguio, for instance, they might be enticed to try one out for themselves.

Maybe the Laus Group got it right. Maybe.

Enzo Pastor getting ready for 4th leg of Euro NASCAR series
View other articles about:
Recommended Videos
Read the Story →
This article originally appeared on Topgear.com. Minor edits have been made by the TopGear.com.ph editors.
Share:
Retake this Poll
Quiz Results
Share:
Take this Quiz Again
TGP Rating:
/20