Our April 2014 issue has new beginnings written all over it 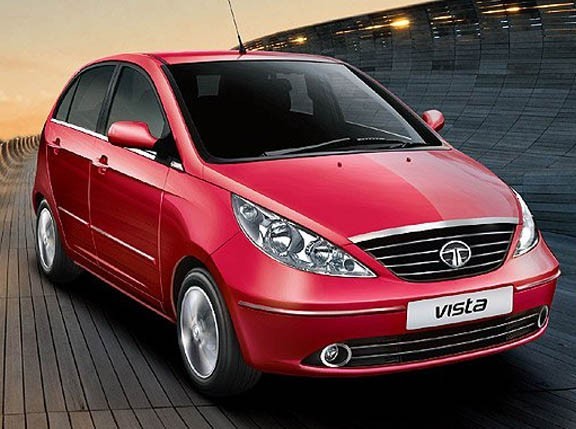 Here's our April 2014 issue, with an Indian car--the Tata Vista--on the cover. Writer Brian Afuang, art director Raynand Olarte and photographer Igor Maminta traveled to Mumbai in India to do this story. Tata Motors, via Pilipinas Taj Autogroup, has quietly entered our market; the company will have its official public launch at the 2014 Manila International Auto Show on April 3 to 6.

Our working theme for this issue is "New beginnings."

"Eight years ago, when I first joined this magazine, I wouldn't have gotten away with an Indian car for our cover story without my editors storming out of the room in protest," says Top Gear Philippines editor-in-chief Vernon B. Sarne in his editor's note. "But here we are now, with the Tata Vista leading our roster of vehicles for this issue."

And speaking of new beginnings, the issue also features the story of Nissan Philippines Inc., the new company representing the Nissan brand in the country.

Now, if you think this issue is low on aspirational cars, think again. Inside are some of the best rides you can read about in a local automotive publication. There's the Eagle Low Drag GT, which is essentially a modernized Jaguar E-Type. There's the Toyota FJ Cruiser, which we used to transport relief goods for Yolanda survivors. There's the pickup showdown between the all-new Ford F-Series and the Volkswagen Amarok. There's the Polaris UTV road trip. There's the style review of the Kia GT4 Stinger Concept.

There are also the test reviews of the Volkswagen Touareg, the Honda Accord, the Haima M3 and the Chevrolet Trailblazer 4x2. There's the long-term test of the Toyota Vios 1.5G. There's the Big Test comparo between the Kia Rio sedan and the Mitsubishi Mirage G4. And there are stories on the Toyota FT-1 and the Lexus RC F.

Yep, our April issue is packed with cars and other motoring stories you would want to read about. Out this weekend, our magazine still sells for P150 a copy.

And for those who don't have the time to go to a physical newsstand, you can download our digital version from the Apple Store or via Summit Media's Buqo online bookstore. Here's how. 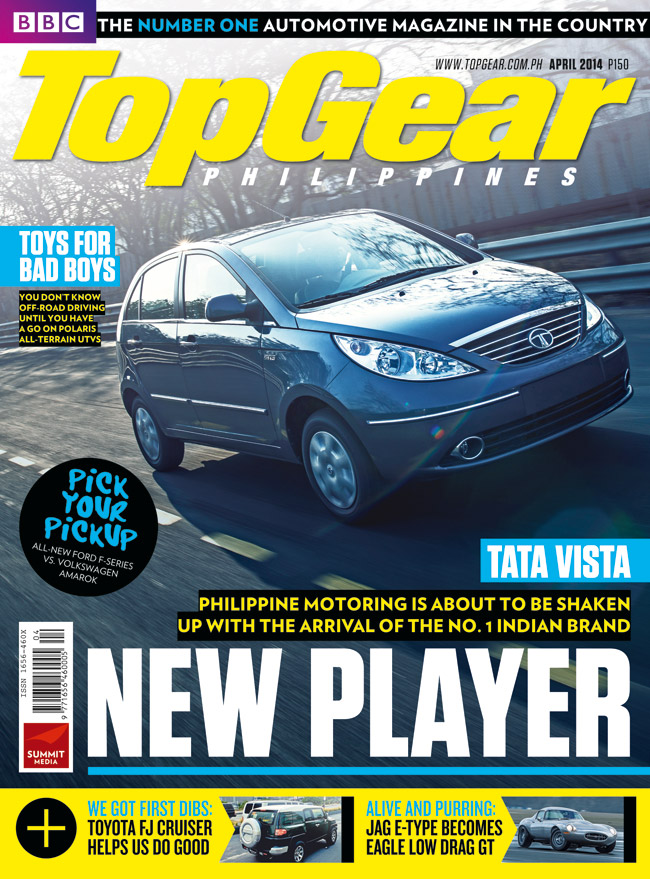 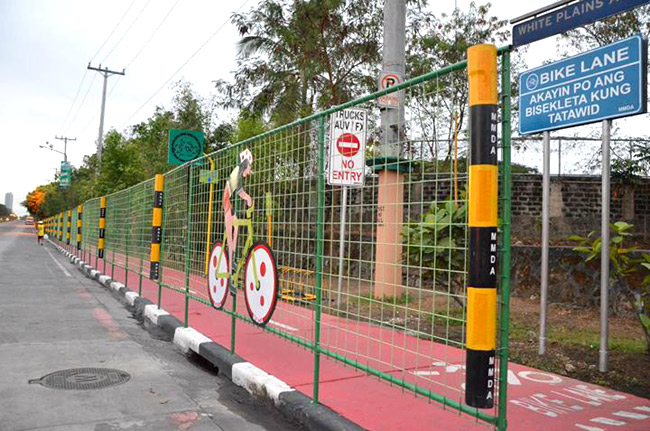 MMDA introduces new bicycle lanes in Quezon City
View other articles about:
Read the Story →
This article originally appeared on Topgear.com. Minor edits have been made by the TopGear.com.ph editors.
Share:
Retake this Poll
Quiz Results
Share:
Take this Quiz Again
TGP Rating:
/20