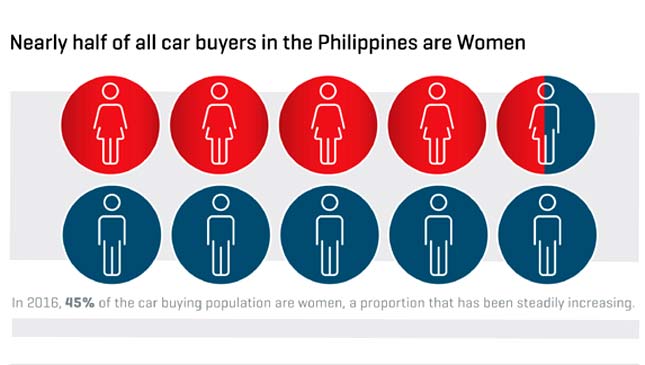 Times are indeed changing. A recent study by J.D. Power found that the number of women buying new cars has jumped from just 31% of the overall Philippine car-buying population in 2013, to 45% in 2016. That's a pretty significant gain in just three years, a spike that the company says can be attributed to the increasing purchasing power of Filipino women.

On a less positive note, carmakers might want to start making adjustments based on this trend, as the study found that the overall satisfaction of female buyers has been deteriorating. Satisfaction in 2016 is at 758 out of a possible 1,000-point scale--a seven-point drop compared to 2015.

J.D. Power senior manager Loïc Péan says that it's time for dealerships to take note of the increase in female car shoppers. "As more women are buying cars in the Philippines, dealers have to understand that what may appeal to men in the shopping process may not resonate with women," he said. "Satisfaction is critical since willingness to recommend and repurchase is more than double for customers who are highly satisfied."

When it comes to what car they'll buy, both men and women are pretty much decided before entering the dealership. The study found that 91% of men and 88% of women already know exactly which model they want to buy before heading to the showroom.

Other findings to note in the study: Women tend to rely more on recommendations from relatives and friends, while men spend more time researching features and technical specifications. Only 7% of women visit a dealership by themselves compared to 21% for men. On the same note, female sales personnel are more successful in dealing with female customers, garnering a score of 777, while the male sales professionals received only 754.

Will we begin to see carmakers putting more effort to appeal to female customers? Perhaps. The numbers are there to back it up for them to do so, and it's only a matter of time before everyone gets with the program. 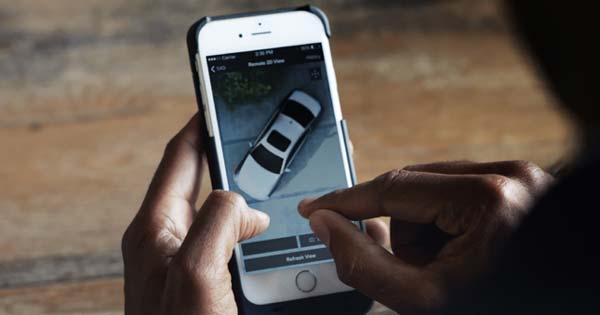 BMW's upcoming security system lets you monitor your car via phone
View other articles about:
Read the Story →
This article originally appeared on Topgear.com. Minor edits have been made by the TopGear.com.ph editors.
Share:
Retake this Poll
Quiz Results
Share:
Take this Quiz Again
TGP Rating:
/20