Japanese carmaker Toyota Motor Corp. may cut global production by as much as 20 percent as demand for cars wanes amid the worldwide economic crisis.

A report by the Nikkei, Japan's leading business paper, said Toyota will likely produce only 6.5 million vehicles - the lowest output by the company in six years.

In the Philippines, Toyota is similarly looking at an output reduction for completely knocked down units of the Vios and the Innova.

Toyota Supervisory Union president Angel Dimalanta earlier said the firm has cut one shift off its ten-shift week - a move that is expected to reduce production by at least six percent.

After producing roughly 12,800 units of the Vios and of the Innova last year, Dimalanta said Toyota expects to assemble only 12,000 units of each vehicle in its Laguna plant this year.

This was confirmed by Danny Isla, Toyota first vice president for marketing and sales.

"We maintained the people but we shortened the working hours. It's safer to have just the right inventory," Isla said in a separate interview.

Data from the Chamber of Automotive Manufacturers of the Philippines, Inc. showed Toyota's domestic leadership as it cornered 36.4 percent local market in January. It sold 3,203 units of vehicles, 60 percent of which are commercial vehicles. 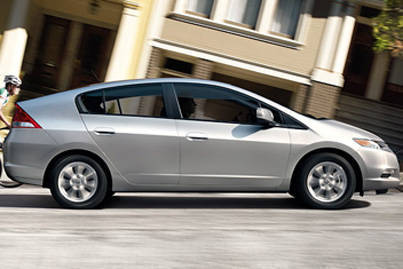